Destiny 2 players that chose to upgrade to the new AMD Ryzen 3000 series of processors in July have been locked out of the game for three weeks now. While AMD is still working with motherboard manufacturers on getting a permanent BIOS update fix out, there is now a beta version of the AMD chipset driver available that restores full functionality. 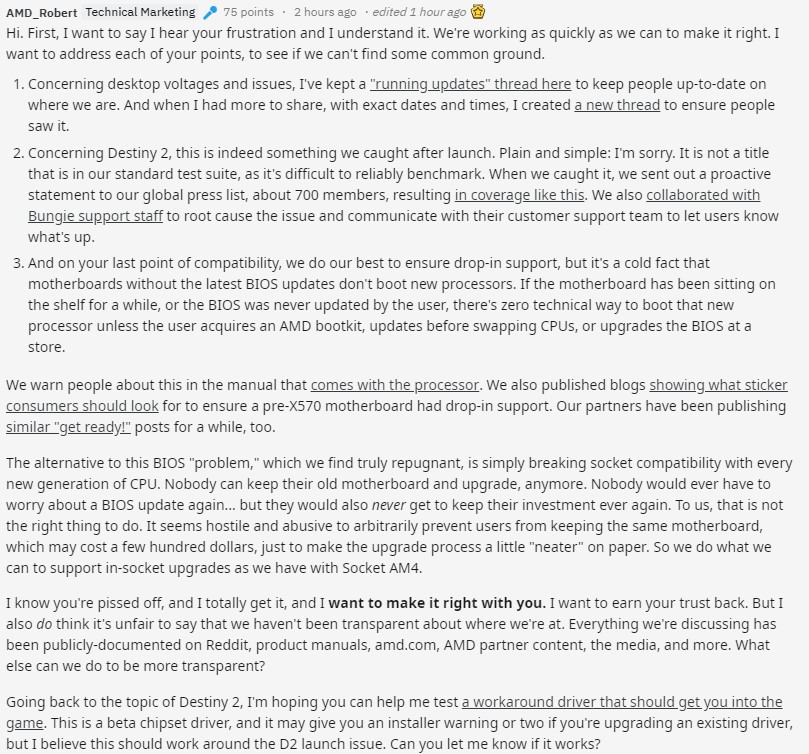 Robert, who works for AMD in technical marketing and is very active on the AMD Subreddit has been keeping everyone apprised of the situation. While another update is scheduled for Tuesday, July 30, 2019, that will address several other issues, he also posted a download link to a workaround driver.

Going back to the topic of Destiny 2, I’m hoping you can help me test a workaround driver that should get you into the game. This is a beta chipset driver, and it may give you an installer warning or two if you’re upgrading an existing driver, but I believe this should work around the D2 launch issue. Can you let me know if it works?

You can find the download link in his post. You’ll get a zip file with the beta version of AMD’s chipset driver, and I can confirm that it worked for me and my AMD Ryzen 9 3900X and ASRock X570 Taichi motherboard. Judging by others’ reactions on the thread, it appears that this beta fix is indeed the solution. So go forth, Guardian, and rejoin your fireteam in Destiny 2 on your brand-new AMD Ryzen 3000 CPUs!