Destiny 2 has gone through a lot of changes in the almost two years since its release. Game Director Luke Smith has decided to shed some light on just how far they’ve come and how decisions were made. One of those being just how the Annual Pass is unsustainable. 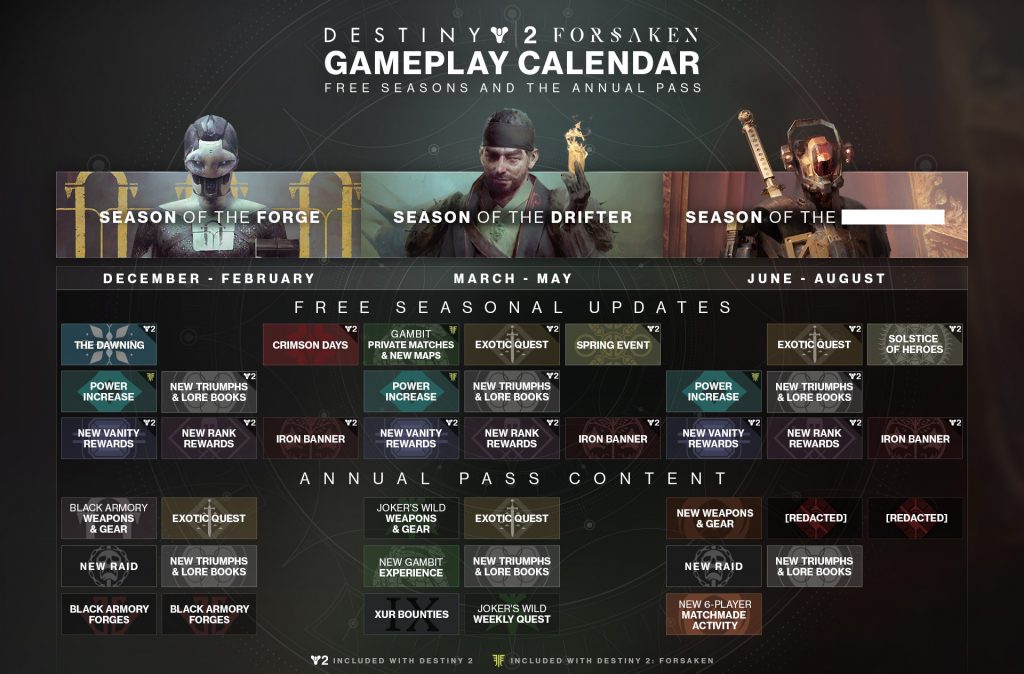 Destiny 2 Director Luke Smith released a Director’s Cut – Part I detailing just how well and not so well Destiny 2 has faired the last six months starting with Season of the Forge and ending with Season of Opulence. Luke Smith also reveals just how difficult it was for the Bungie team to keep churning out content.

The Destiny 2 Annual Pass was first released in December 2018 and paved the road until August 2019. Bungie was coming out with new content for players to grind, rewards to be earned, and challenges to beat every couple of months. The amount of content coming out was taking a toll on Luke Smith and the rest of the Destiny 2 team.

The scope of what we delivered, the pace that we delivered it, and the overall throughput for Annual Pass takes a toll on the Bungie team. I–and many others–had conversations throughout the year with team members–who had jumped from release to release– about the grind of working on Destiny. Working on the game was starting to wear people down.

It’s not unheard of for developers to work long strenuous hours. This inevitably comes at a price, and Luke Smith is looking to do better for everyone at Bungie. This is a problem that will be met head-on in Year 3 of Destiny 2.

We needed to develop a more systemic, standardized set of mechanics for progression to keep our teams healthier.

This seems like a good thing for everyone involved. Developers get more time to find and fix problems. A better work-life balance is struck within Bungie. And players will receive an experience that is more finely-tuned. Since the Annual Pass is unsustainable, it will be interesting to see how frequent new content is in the future.

We should get that answer when Destiny 2: Shadowkeep is released on October 1, 2019. Check out our Destiny 2 Archive for guides and news. Destiny 2 is available to play on PlayStation 4, PC, and Xbox One.