Today was a big day for news. After Google’s Stadia Connect revealed that a free-to-play Destiny experience was coming to its streaming service, it was Bungie’s turn to elaborate. Not only are big things in store for the Destiny universe with its upcoming Shadowkeep expansion, but it’s evident that Bungie plans to put its stamp on the world, free of the shackles of Activision.

It’s pretty clear that Bungie is excited by its newfound freedom. After severing its deal with Activision earlier this year, the folks at Bungie are looking forward to designing Destiny the way they’ve always wanted to. This includes giving players what they’ve always wanted, according to the Out of the Shadows ViDoc embedded above. It’s worth a watch just to try and count the number of thinly veiled jabs at Activision. I like it.

Destiny will begin moving more into the direction of a typical MMORPG. Things such as transmogrification will allow Guardians to choose their appearance in concert with the skills and perks they enjoy. Combat will be tweaked with the addition of finishing moves, the Crucible will be overhauled, progression will no longer be stifled, and new mechanics will be added to give you more of the things you enjoy. If that sounds exciting, it’s because it is. It’s a lot to live up to, and we’ll see how Bungie fares on this new road ahead, but I’m all in and excited for the ride.

In an epic move, Bungie has decided to forego the Blizzard app on PC and move Destiny to Steam. This move will happen on September 17 and makes sense now that Bungie is no longer beholden to Activision. More news on this migration is forthcoming. The switch from one app on the PC to another seems like a trivial task in the face of cross save, the ability to access your Guardian from a variety of different devices. This new unified experience had been leaked, revealed in the Stadia Connect briefing, and is now confirmed by Bungie to arrive later this summer. And yes, PlayStation 4 is part of this, thank you, Sony.

Destiny 2: Shadowkeep is Bungie’s first chance to show us the new side of them and will launch on September 17, 2019. It is a full-fledged expansion and will sell for $34.99. It includes access to future seasonal content and will tie in nicely for new Destiny 2 players, as outlined in the New Light section that follows.

In Shadowkeep, Guardians return to the moon and run into Eris Morn who has managed to make a mess of some dark magic. You’ll be helping her figure out why shadows of nightmares of long-slain creatures have returned. Crota leads the charge and Guardians will experience a new raid based in the Black Garden. It’s almost nostalgic for long-time players to see these familiar areas and we can’t wait to save the universe once again. 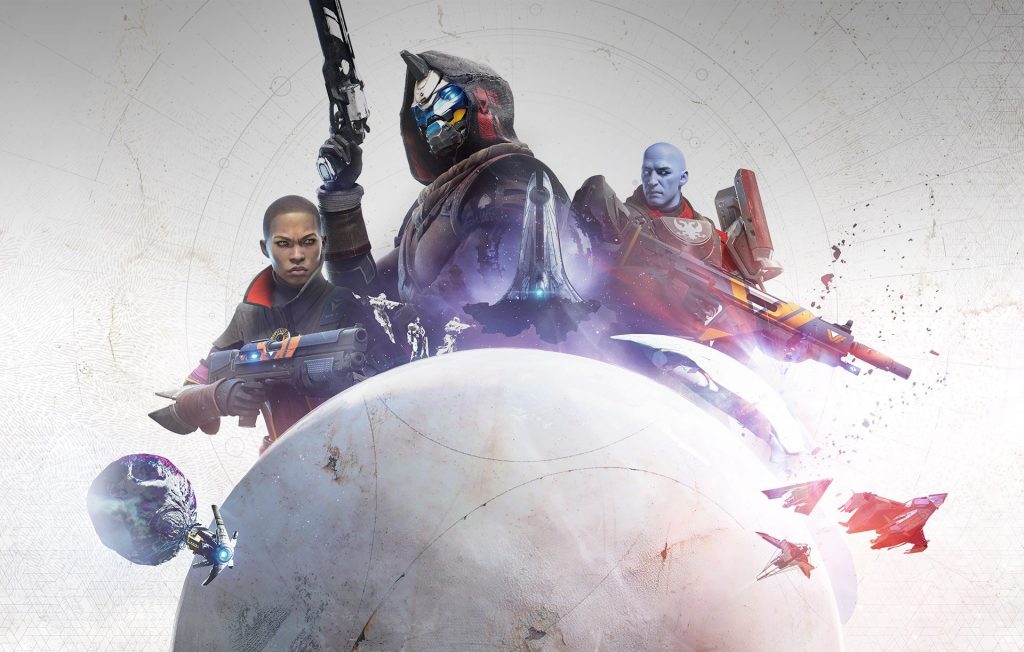 A leak earlier today suggested that Destiny 2 was going free-to-play and some of that has proven to be correct. Destiny 2: New Light will allow new players to join the universe and veteran Guardians quickly.

Destiny 2: New Light is a brand new entry point for newcomers, that puts the worlds of Destiny 2 – and all of its foundational modes, activities, and rewards – into the hands of every player.

This new content will also launch on September 17, 2019, and be free to all new and existing players. A return to the Cosmodrome and Destiny’s very first mission will lead into a series of smaller quests that unlock all current locations. New Light includes all of Destiny 2’s content from the first year, including its PvP modes and Gambit. It certainly sounds like a great way to bolster your raid team with new recruits.

September is quickly becoming a hectic month for fans of coop looter-shooters as all of this new Destiny 2 content launches on September 17.