Dishonored developer Arkane Lyon’s upcoming first-person shooter Deathloop has secured an official release date. The game is now scheduled to launch on May 21, 2021, according to a recent article from Bethesda. Pre-orders are now available, as is a brand new trailer to accompany the release date reveal.

Deathloop is a first-person shooter that uses a unique time-looping gameplay mechanic. You play as Colt, an armed assassin with special abilities who must attempt to break free from a time loop. Colt must take down eight targets before the time loop resets in order to end the cycle. Meanwhile, Colt’s rival Julianna is tasked with stopping Colt and doing whatever it takes to maintain the loop. Back in August, Arkane Lyon moved Deathloop’s release window to Q2 2021, citing coronavirus-related challenges as reason for the delay.

Deathloop will launch exclusively for PlayStation 5 consoles as well as PC. Pre-orders are available now and there are two editions of the game to choose from, Standard and Deluxe. Both editions come with the Deathloop base game as well as several pre-order bonuses, which are listed below. 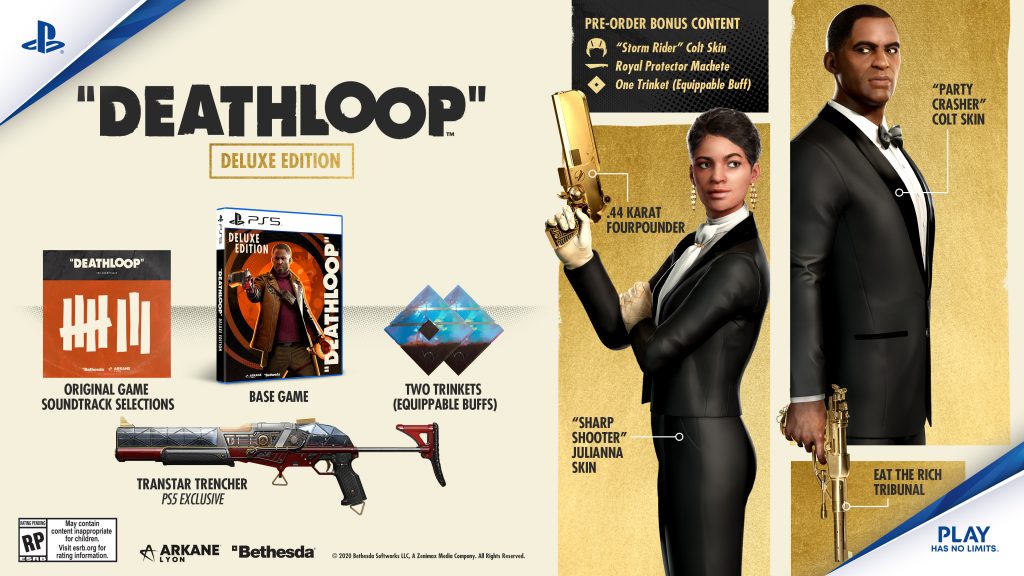 Head over to Bethesda’s website for more Deathloop details and updates.

Starfield Will Launch as an Xbox Exclusive in 2022