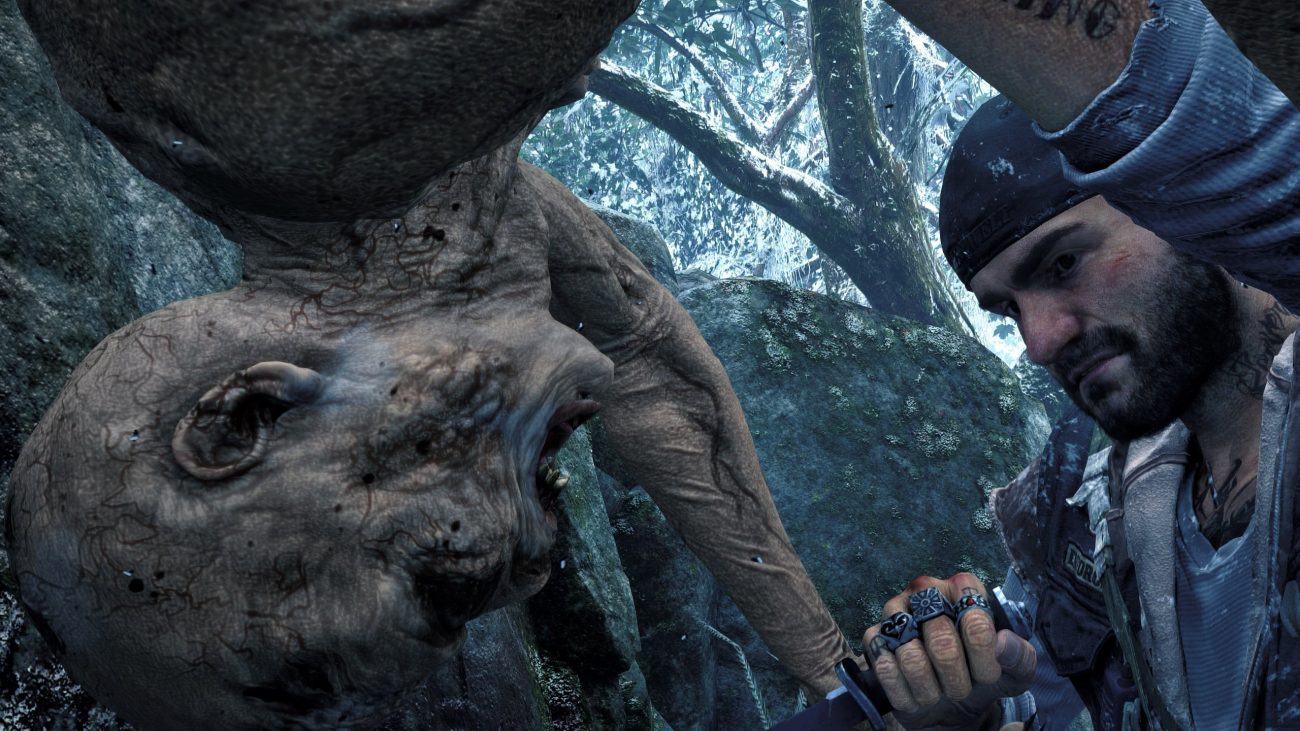 New Days Gone gameplay and story trailers give players a closer look at Deacon and some of the game’s enemies.

PlayStation rolled out the first episode of its State of Play live stream today and filled the short event with a handful of announcements, including a new Days Gone story trailer and gameplay. It wasn’t the longest trailer we’ve ever seen, but when a game has as much hype behind it as Days Gone and is close to release, people will absorb any new details as if they’re starving.

The new trailer focused primarily on the game’s story elements, helping to set the stage for how Deacon, the main protagonist, found himself in this apocalyptic mess. I’m not one for spoiling the discovery, so be sure to watch the embedded video below to experience it for yourself.

Once the story trailer concluded, viewers were treated to some new gameplay that showed off a few of Days Gone’s enemies, including Freakers and Breakers. I can’t say that this game doesn’t really bring me back to The Last of Us, with Breakers seemingly being inspired by Bloaters. With the Last of Us Part II still lacking a release date, the road seems wide open for Days Gone to challenge for the PlayStation 4’s top exclusive of 2019.

The State of Play stream featured many more announcements that PS4 and PSVR owners will want to take a look at, which they can do with the embedded video above. Note that the new Days Gone gameplay isn’t in the story trailer itself, but was tacked on to the end of the trailer during the live stream. Skip to the 29-minute mark of the video embedded directly above this paragraph to see that new gameplay.

As a fan of PS4 exclusives and their single-player experiences, I’m beginning to get hyped for Days Gone. It’s set to release almost exactly one month from now on April 26, 2019 exclusively on the PlayStation 4, so it’s a safe bet that Sony will be ramping up PR behind the title and we’ll be getting more looks at Deacon and the post-apocalyptic world of Days Gone before it releases.

Bill inadvertently fell into the world of video games in 2013, initially creating YouTube content for Prima Games, where he began writing on a full-time basis throughout 2014. In late 2014 he also joined USgamer, going full-time there as a Guides Editor in 2015. Throughout 2015 Bill developed a successful guides program focused on quality content and strong SEO. In July of 2016, Bill made the move to Greenlit Content as a Senior Editor, joining Shacknews as Managing Editor in August 2017, while simultaneously transitioning to the role of Editorial SEO Specialist for Greenlit Content. He still holds both positions today.

Days Gone is an open-world action-adventure game set in a harsh wilderness two years after a devastating global pandemic. Play as Deacon St. John, a Drifter and bounty hunter who rides the broken road, fighting to survive while searching for a reason to live.