The Crucible, the first set of DLC for Darksiders 3, is now available on all platforms. To commemorate The Crucible’s launch, THQ Nordic and Gunfire Games released a brand new trailer showcasing what to expect in the combat arena.

Darksiders fans who played the previous games will recognize The Crucible from Darksiders 2. The Crucible is an optional combat arena where players battle waves of enemies across multiple stages. “Never one to back down from a challenge, Fury accepts the invitation and gains access to a location known only as the Crucible. Here Fury will fight wave after wave of enemies, competing for a chance to unlock new rewards and items,” says today’s press release from THQ Nordic.

To access The Crucible, players must speak with Vulgrim after defeating one of the “real” Sins. As a result, the first 25 waves of The Crucible will become available. Subsequent waves are unlocked upon defeating more Sins, for a total of 100 waves plus a final boss. 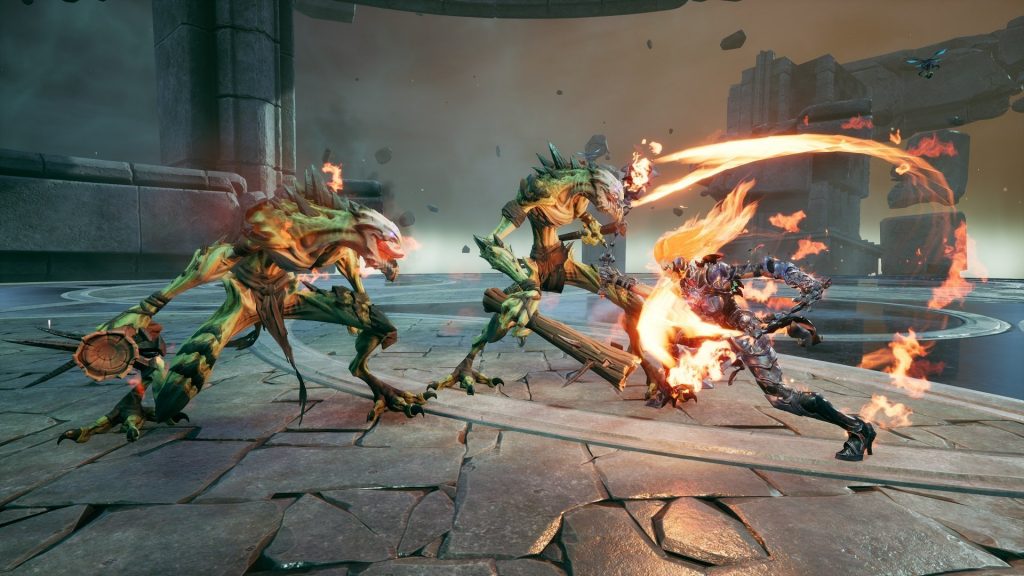 New crafting materials, souls, and armor sets are up for grabs as rewards for completing arena waves. During the Crucible, players are given a choice. They can either walk away with the loot they’ve earned up to that point, or continue with the challenge. However, continuing through more waves runs the risk of losing everything.

The Crucible is available on PlayStation 4, Xbox One, and PC as a standalone DLC for $6.99 USD. Players can also purchase the Darksiders 3 Digital Extras pack, which contains all DLC along with the game’s digital soundtrack. Darksiders 3 was recently regarded as one of THQ Nordic’s key IPs, which bodes well for the future of the franchise.

Darksiders 3 is Considered a ‘Key IP’ for THQ Nordic

THQ Nordic to Reveal a New Darksiders Game at E3 2019

Remnant: From the Ashes Physical Edition Out Now

Remnant: From the Ashes is Getting a Physical Edition