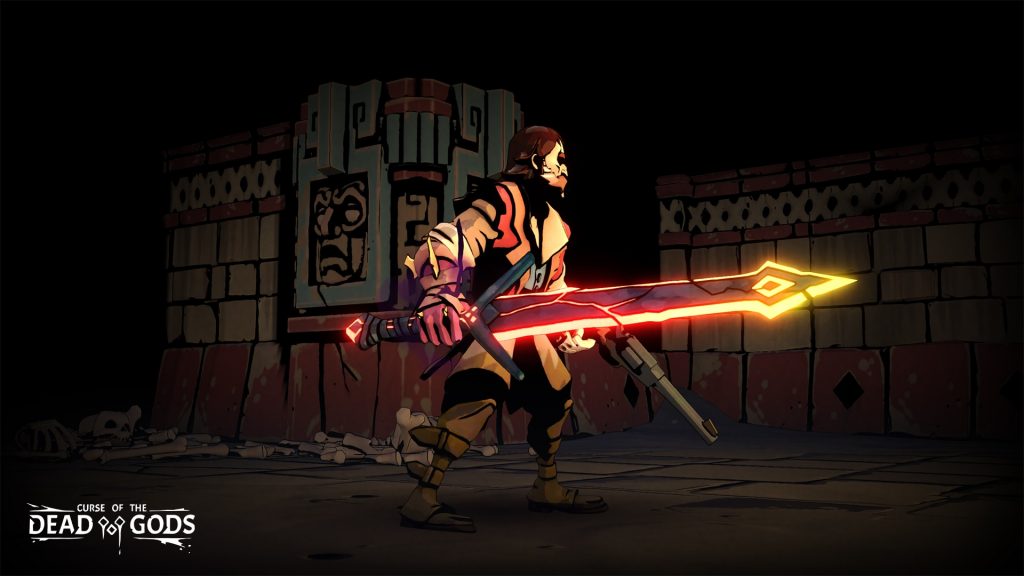 The crossover event will release as part of a major update on Wednesday, April 14, 2021. The update is completely free for all Curse of the Dead Gods players on Xbox One, PlayStation 4, Nintendo Switch, and PC.

The extensive update brings new Dead Cells-inspired content to Curse of the Dead Gods, including Curses and weaponry. A new Curse called Curse of the Headless allows players to move faster while taking more damage. The update also introduces three new weapons based on those found in Dead Cells: the Sword of Conjunctivius, the Broadsword of the Knight, and the Crossbow of the Condemned.

Keep an eye out for the Dead Cells Cursed Chest during your run, as this means a special challenge room and rare weapon await. “All these features have been carefully designed to take inspiration from Dead Cells while fitting in Curse of the Dead Gods’ style and gameplay,” said the developers.

Along with the new Dead Cells-themed content, next week’s “Curse of the Dead Cells” update will introduce several other new features to Curse of the Dead Gods. Players will be able to try out a new two-handed weapon style as well as an additional Curse unrelated to the Dead Cells content. Stay tuned for more information as we get closer to the update’s arrival.

Curse of the Dead Gods Gets New Gameplay Trailer

Aliens: Fireteam Now Has a New Name and Release Date

Hood: Outlaws and Legends Gets New Cinematic Trailer Ahead of Early Access Launch