Independent game studio NUKKLEAR has dispatched the second early access update for their helicopter shooter game, Comanche. Though the game features both single-player and online multiplayer modes, today’s update caters to fans of the former.

The highlight of Comanche’s second update is a fresh new single-player mission that involves embarking on a covert operation. Your task is to disrupt the antagonist faction, Kude Core. Avoiding detection is crucial, but nothing that the Ghost Comanche can’t handle.

Along with the new mission, the second update brings various gameplay and UI improvements based on community feedback. Changes include adjustable difficulty settings for single-player mode, a new ping system, and drone skins, among other changes. 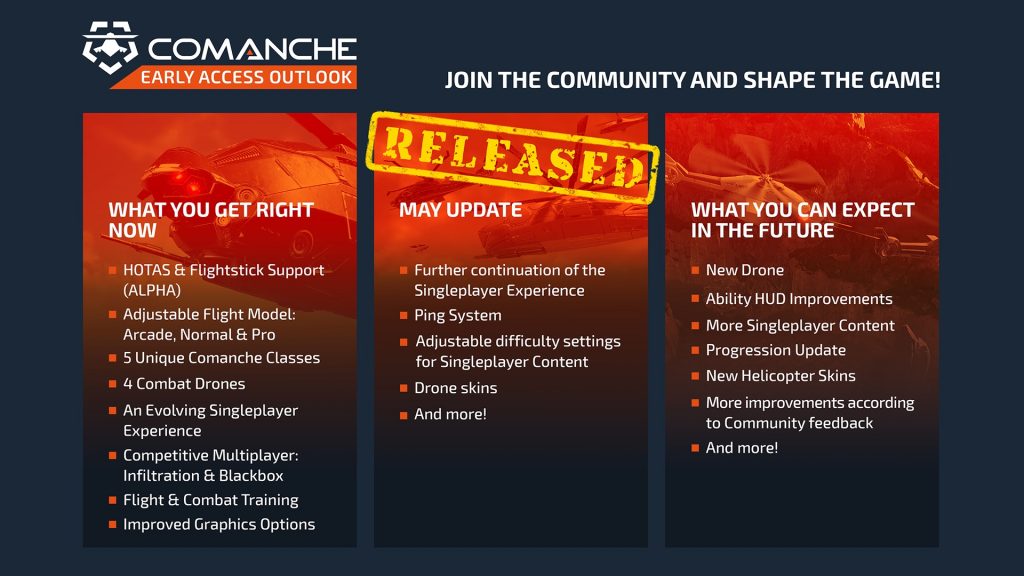 Comanche is currently available in early access on Steam for $19.99. According to the development roadmap (shown above), more updates are on the horizon. Future updates will include additional single-player content as well as new drones, helicopter skins, and gameplay adjustments. For the full list of changes from today’s update, head over to the full Comanche Update 2 patch notes.

GTFO’s “The Vessel” Update Expands Upon the Game’s Backstory