Astroneer is the go-to relaxation game here at Guide Stash and has been so since the early access days. Without any threats outside of environmental hazards and misplanning of fuel resources, Astroneer offers a lot to the endeavoring space explorer. Like all games, however, Astroneer had a few bugs squeak by, and patch 1.0.7 seeks to squash most of them. 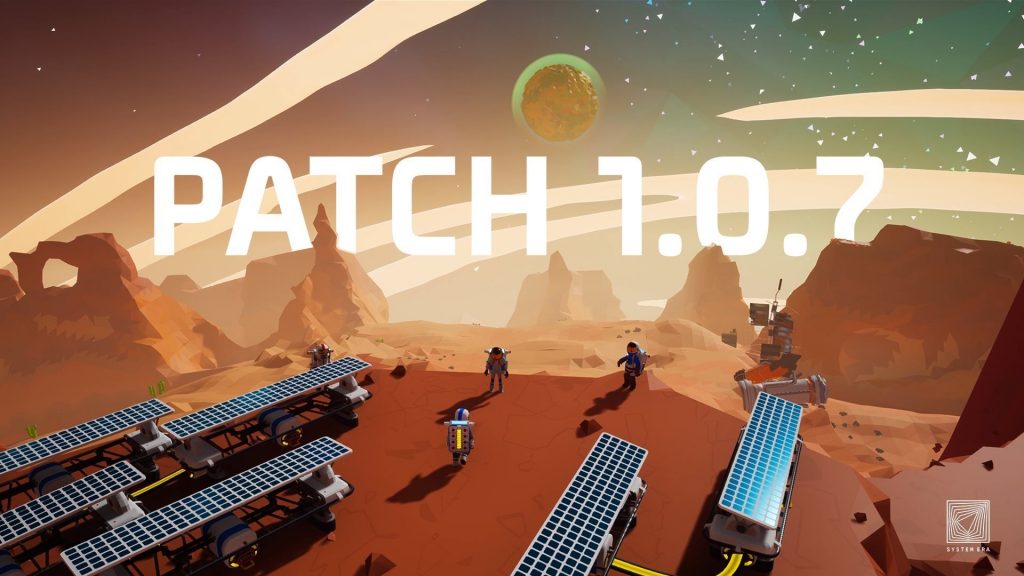 As the patch notes below reveal, this update is all about improving the game and doesn’t add any new features. “Glad we got some of the gameplay bugs that impact the most players! Looking forward to continuing to squash gameplay bugs and get performance in line with what what [sic] we expect on all platforms!” says Joe Tirado, in charge of Communications for Astroneer, in the Steam announcement.

The folks at System Era have been continually improving Astroneer since early access. This seventh patch in the first 21 days of release, surely shows their commitment to continue to do so. We look forward to future improvements for our current “chillaxing” game of choice.

Astroneer Lands on Nintendo Switch in 2022