Today marks the start of the Yule Season in Assassin’s Creed Valhalla. The game’s first season features a festive in-game event that celebrates winter with a slew of fun activities. The Yule Season will last for three months and is available to all Valhalla players.

Kicking off the Yule Season is the Yule Festival, an in-game event that players can enjoy within their settlement. During the event, players can participate in various activities including archery, a fist-fighting tournament, and a drinking game. Two new character quests are available as well. A new set of gear and settlement decorations are also up for grabs during the Yule Season. 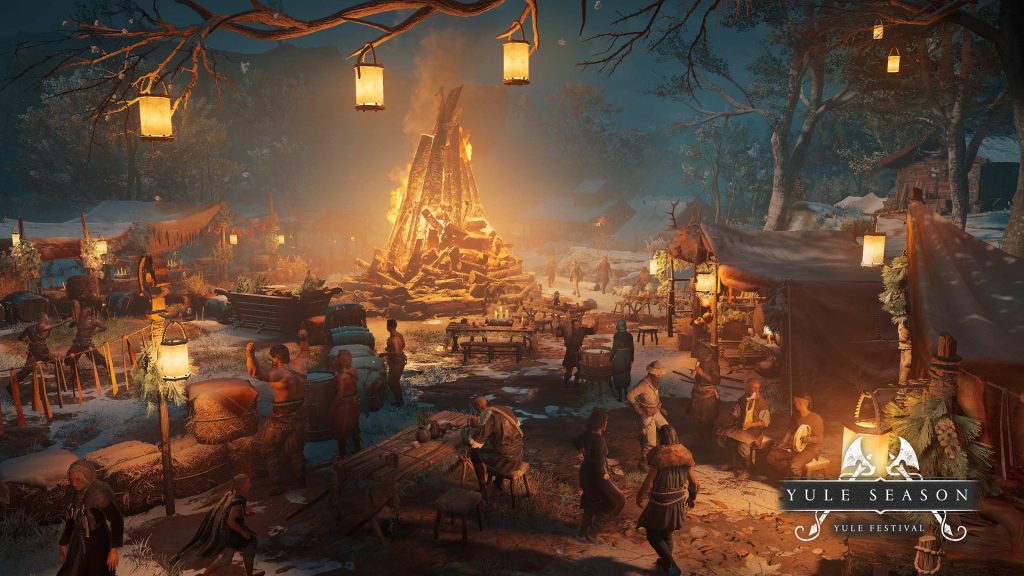 Those hoping to partake in the Yule Festival will need to reach several gameplay milestones first. Valhalla players must make it to England and complete either the Grantebridgescire or Ledecestrescire narrative arcs to access the Yule Festival activities.

The Yule Festival will continue until January 7, 2021. That’s not the end of the Yule Season, however. Ubisoft plans to release a second Yule Season update in February that will introduce River Raids, ranks for Jomsviking, and new abilities to Valhalla.

Assassin’s Creed Valhalla Out Now on Consoles and PC

Assassin’s Creed Valhalla to Release a Week Earlier in November