Set during the Viking Age in ninth century AD, players take on the role of Eivor, a fierce Viking raider and warrior. Although the trailer and artwork both depict a male version of Eivor, players will have the option to play as either a male or female Eivor. You can customize Eivor’s appearance, from hair and clothing to tattoos and war paint.

Players will lead their clan of Norsemen to the shores of England, where new opportunities await. Among the new gameplay features being introduced in Valhalla are raids. Commanding raids and battling Saxons are par for the course, and it’s up to you to gain power and influence as you and your clan settle down to a new life in England.

“We can’t wait for players to experience the incredible Viking journey ahead of them,” said Ashraf Ismail, Creative Director of Assassin’s Creed Valhalla. “Being in Eivor’s boots as both a Viking raider and a clan leader, players will face the conflicts of establishing a new home in the midst of a power struggle for control of England.” 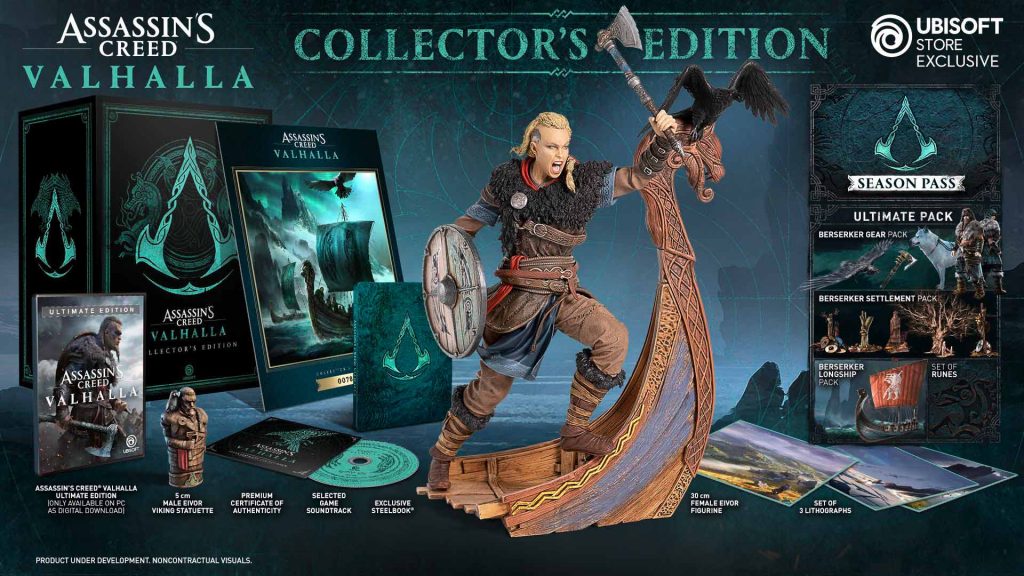 Along with the aforementioned items, players who invest in the Collector’s Edition of Assassin’s Creed Valhalla will also receive a Ubicollectibles replica of female Eivor and her longship, a Viking Statuette of male Eivor with his raven and axe, a Collector’s Case, SteelBook containing unique artwork, exclusive lithographs, a certificate of authenticity, and the game’s soundtrack. The Assassin’s Creed Valhalla Collector’s Edition is only available from the Ubisoft Store for $200.

Assassin’s Creed Valhalla to Release a Week Earlier in November

Assassin’s Creed Valhalla Out Now on Consoles and PC