American Truck Simulator is taking a road trip to Wyoming in its next DLC, according to an announcement today from the game’s developer, SCS Software. Players will be able to drive through Wyoming’s vast countryside and visit historic prairie towns and attractions.

The developers hinted at the location for the upcoming DLC in a recent teaser video that showed gameplay of a truck pulling up to a heard of bison in the middle of the night. Bison was the hint for Wyoming, as it is the official state mammal. 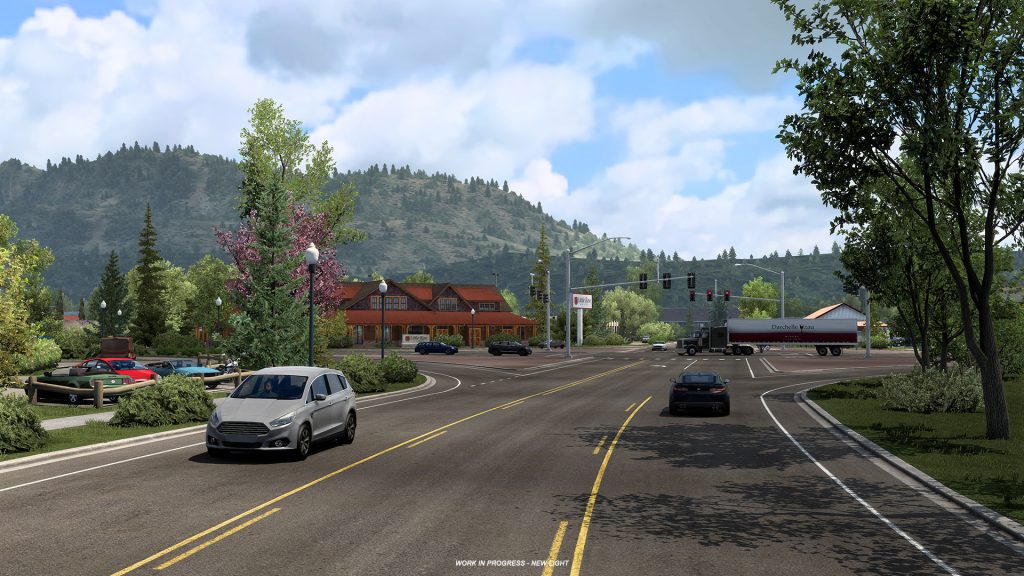 No release date has been announced for the upcoming Wyoming DLC, but the team plans to share more development news in the future. “Please keep in mind, that this DLC has only just begun to take shape,” reads the announcement on Steam.

In the meantime, American Truck Simulator players can enjoy the newly released Cabin Accessories DLC, which allows players to personalize their cab with various decorations. There are over 100 different cabin items to choose from. The Cabin Accessories DLC is available now for $3.99.

A Look at Railroads in American Truck Simulator’s Wyoming DLC