On April, 18, 2019, a new survival game entered the ring on the Nintendo Switch called Dawn of Survivors. While Dawn of Survivors has become an instant hit, a few things need to be improved upon to keep it alive.

For those unfamiliar with Dawn of Survivors, it is a post-apocalyptic zombie survival game developed by WiSTONE Entertainment. Players must gather supplies from various locations, build a shelter, fend off starvation and all while battling zombies. 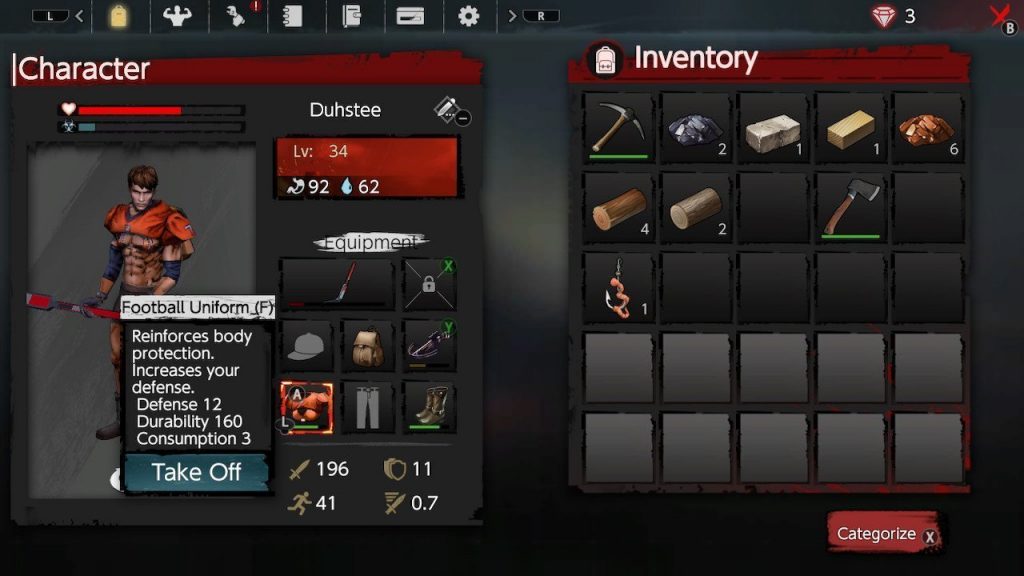 Trying to survive the zombie apocalypse isn’t ideal on an empty stomach and neither is having to constantly restock food and manage inventory space.

The consumption rate is based on your equipment, the better the equipment the more your hunger and dehydration decrease. The consumption rate is too high not only for you but is worse for your pet dog when you find one. Sometimes I feel like I spend more time gathering food supplies over anything else and it increases after getting a dog.

Your pet dog’s hunger decreases faster for some odd reason and the consequences can be deadly when you turn off your Switch and come back after a few hours or days.

Decreasing the amount of consumption your equipment takes and decreasing the time it takes your pet dog to get hungry would be a major improvement. 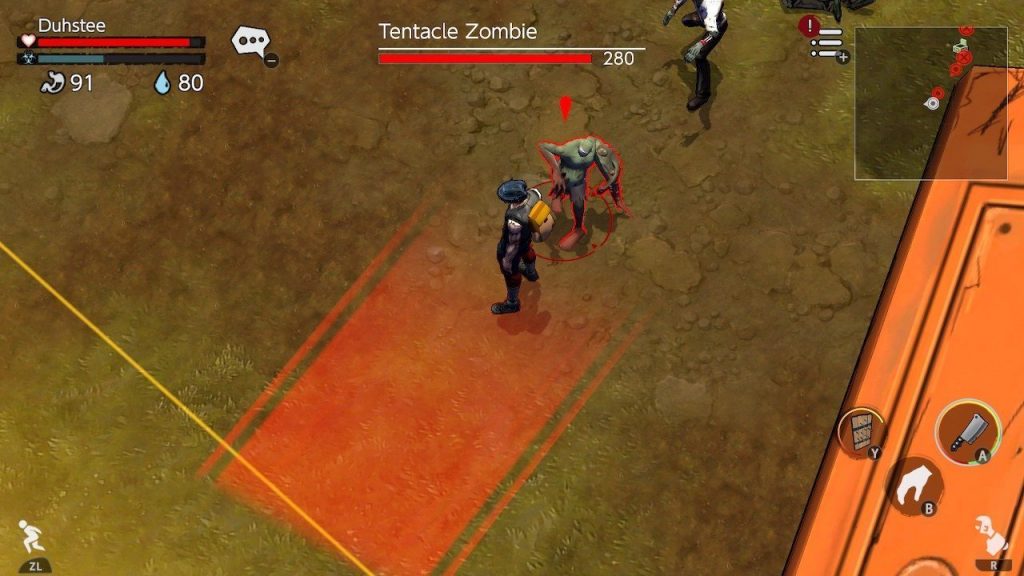 Once, the highlighted area shows up while you’re standing in it, even if you move out of the way, it still acts like you’re standing in the box causing your player to be hit by toxic goo. The spit bug will need to be tweaked as finding items like disinfectant doesn’t happen often. 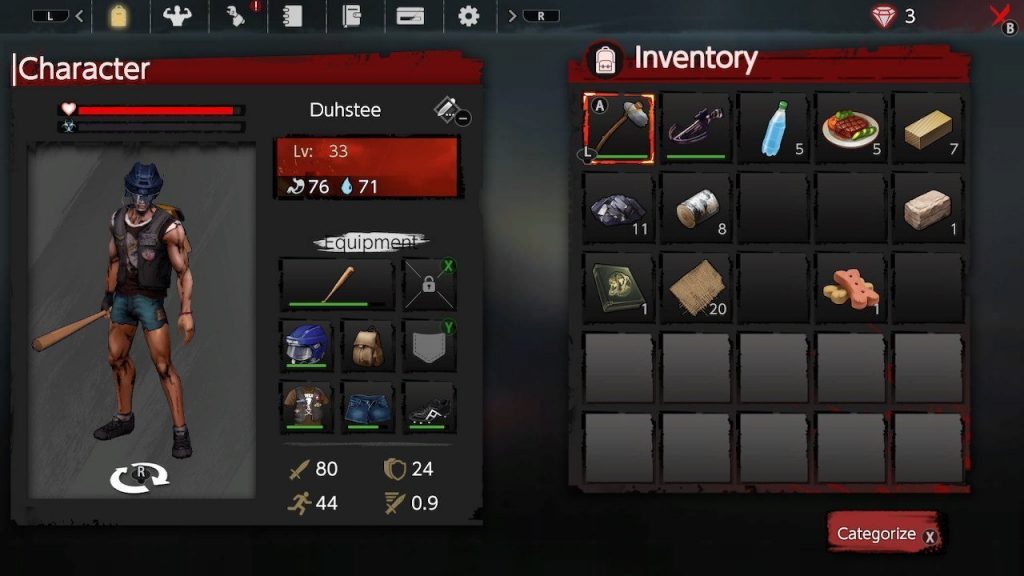 In Dawn of Survivors, you earn experience by killing zombies, gathering supplies, and surviving for periods of time. Once leveled up, you gain skill points and unlock more items to craft.

At least I think that’s how you earn experience because it’s not defined and you have no experience bar to let you know how close you are to leveling up. You can, however, check your characters level in the inventory screen.

Putting in an experience bar would be greatly appreciated and would let players know just how close they are to reaching the next level. 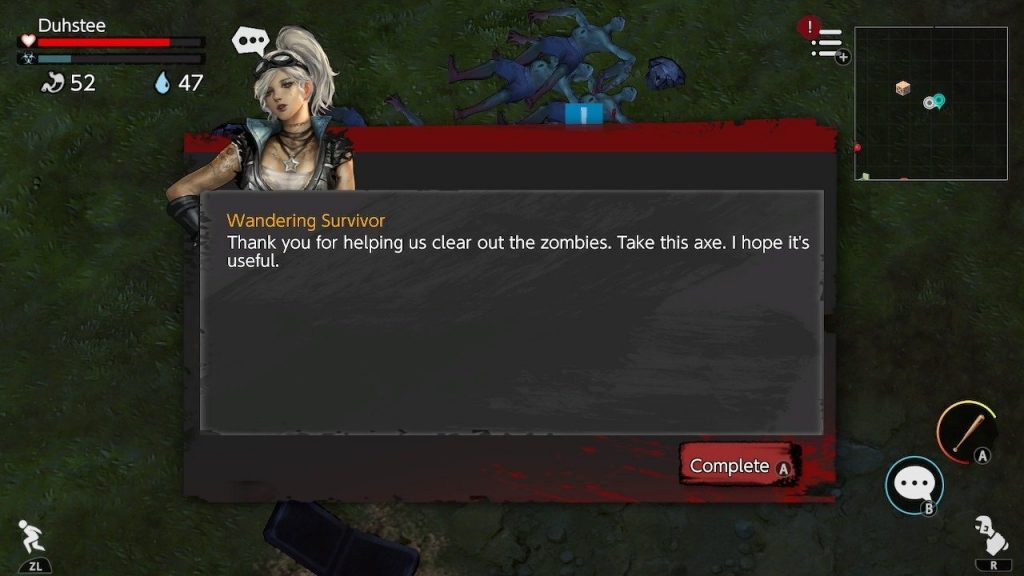 On your adventures, little timed events pop up in areas of interest that have a slew of items for players to grab. These timed events also include NPCs who will give you a quest to complete in the area or ask to trade items. These quests can can be as simple as killing a certain amount of zombies or rabbits.

The problem with these side quests is that sometimes it doesn’t register that you’ve completed it despite meeting the requirements and it sometimes doesn’t reward you for your hard work. This bug has caused me and many players to not bother with side quests since no one is sure if it will register as completed or give you the reward for completing it.

Don’t get me started on how useless the items are the NPC wants to trade you. 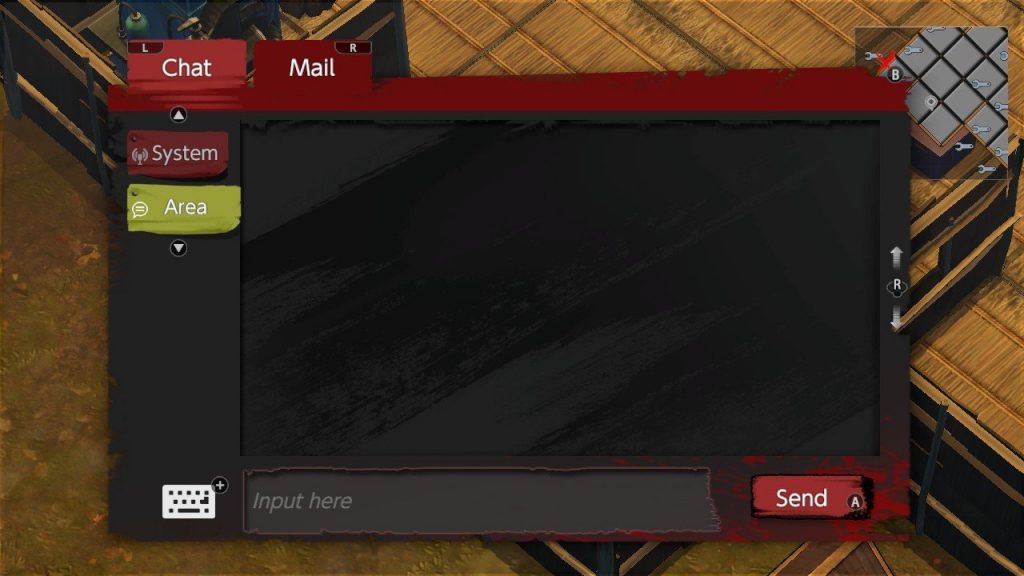 Part of the experience of Dawn of Survivors is running into other players who are also playing. While I’ve only run into a few real players (the rest have been generated bots), I quickly learned communicating with them would be difficult.

Sending a message to another player in Dawn of Survivors is a matter of life or death for the simple reason is that you have to press the select button on your controller, select message area, and begin typing.

In my case, I was extremely lucky that the area I was in had been cleared of zombies, so the only threat that remained was the player I was sending a message to. This can be remedied by allowing you to choose from a set of quick messages that pop up on the screen with the push of one or a combination of two buttons. Your message could also appear above your player’s head, the same way when you get a message that your character is hungry or thirsty.

While these are a few improvements that Dawn of Survivors could make, it is a really enjoyable atmosphere and fun survival game on the Nintendo Switch.

How to Start Team Survival in Dawn of Survivors

Client Update for Dawn of Survivors

Astroneer Lands on Nintendo Switch in 2022