Those Meddling Kids have found a way to combine two different genres of gaming to make an amazing game. TrickShot was just one of the many Indie games showcased during PAX Online. 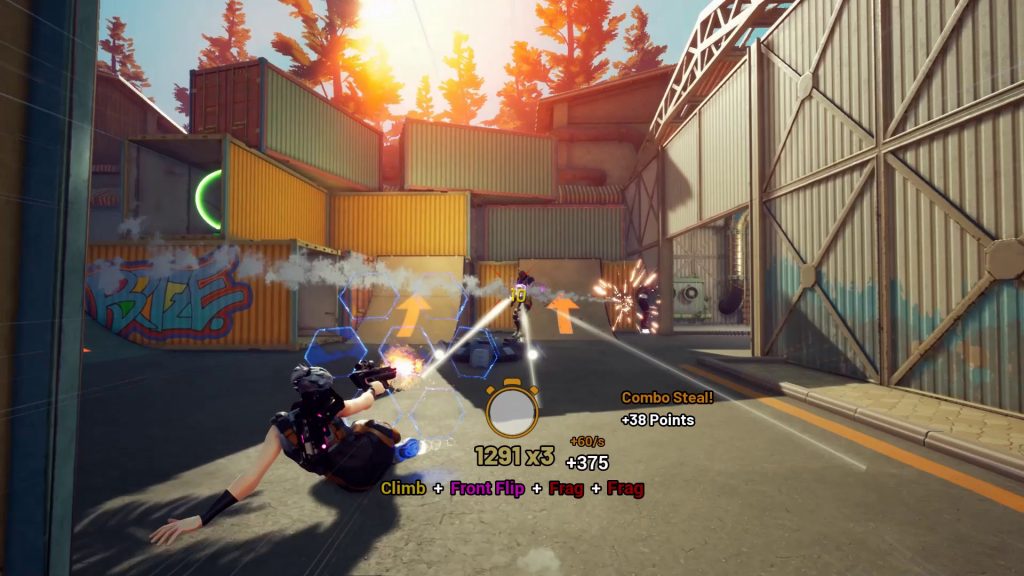 TrickShot is a fast-paced, skate-trick multiplayer shooter where players dodge bullets while performing tricks on skate ramps and while grinding rails. Players will gain points for completing tricks and taking out their opponent, all while skating around on a Hoverboard or Hoverskates. TrickShot is basically Tony Hawk with a bunch of cool weapons.

Recently, I was able to chat with Game Director Lee Perez and ask some burning questions I had after trying out this skate and shooter game.

How difficult was it combining two different gaming genres into one, and what were the inspirations that formed TrickShot?

It took some figuring out and lots of playtesting to balance between the skate movement and the shooter gunplay. We found some great inspiration in Doom Eternal using the gamer’s play style to give out pickups and powerups. We made it so Air tricks = Ammo,  Ground tricks = Armor, and Grind tricks = Health. While frags give you a combo multiplier & allow you to steal points from your opponent. Interweaving the tricks and the gunplay to help each other out, allowing players to be a marksmen or trickster or a balance of both that is right for them.

Customization has become a very important feature in the gaming world. How will customizing your character and overall customization evolve over time?

We plan on launching with skater customization like Headgear, Eyeware, Faces, Hairstyles, Outfits, Shoes, Skates & Boards, Trail FX, Emotes, & weapon skins. We want to also work with eSport teams and skate brands that our players want in the TrickShot world. 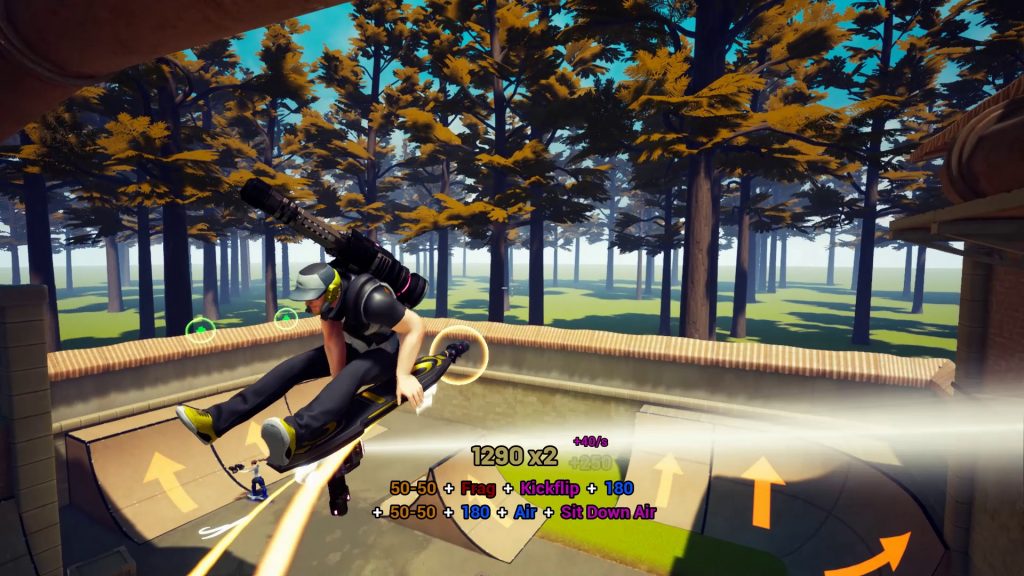 Any thoughts on players being able to create their own parks to battle in?

We are big fans of the games with level editors but it’s pretty complicated to develop a map that flows with fun as a shooter & skate park at the same time. As we further develop our internal tools, we might revisit a map maker tool with the TrickShot community.

After playing with Hoverboards and Hoverskates in TrickShot, are there plans to add a Hoverbike or Hoverscooter?

Not at this time. Having the ability to have the camera & character hold/move a weapon around is hard. Especially while operating a two-handed vehicle like a bike & scooter. There might be a place for it in the future in a unique downhill jam race mode. We will need to hear from those fans to get a better idea of what they would like.

While this version of TrickShot was an alpha build, it will be exciting to see how the final product stands up. At this moment TrickShot is slated to release Summer 2021, so be sure to follow it on Steam and on Guide Stash for more updates.