Rhino Prime Relics are back in Warframe. The Prime Vault has opened, and we can once again farm for the Prime version of this powerful Warframe. Rhino Prime is great for surviving the game’s toughest endgame content due to his Iron Skin ability. He also has strong crowd control with Rhino Stomp. Rhino can even be a powerful option for Eidolon hunting due to his Roar, which bestows a damage buff on allies. He also looks great, which is important for that FasionFrame catwalk show I know you have in your Dojo.

Which Rhino Prime Relics Do You Need?

In order to build Rhino Prime in your Foundry, you will need to farm the following Rhino Prime Relics:

Where Should You Farm Prime Relics?

For Prime Vaults, how you get Relics is just a little different to how it would normally work. You still run missions, but they need to be very specific missions. You can get the formerly Vaulted Relics in two places:

Running any Cetus or Orb Vallis Bounty will give you a chance at getting some Relics. Missions will drop specific Relics, listed shown as possible rewards at the Bounty Vendor in Cetus or Orb Vallis. Just run the mission that is dropping the Relic you need. They will change throughout the day, so check in regularly to see what is on offer.

The Void missions can drop any of the Relics, all you need to do is run one of them. The Capture mission is a good mission to grind, as it is so fast. It doesn’t seem to matter much which mission you run, they all have a change of dropping the newly unvaulted Relics.

What To Do After You Get Your Relics 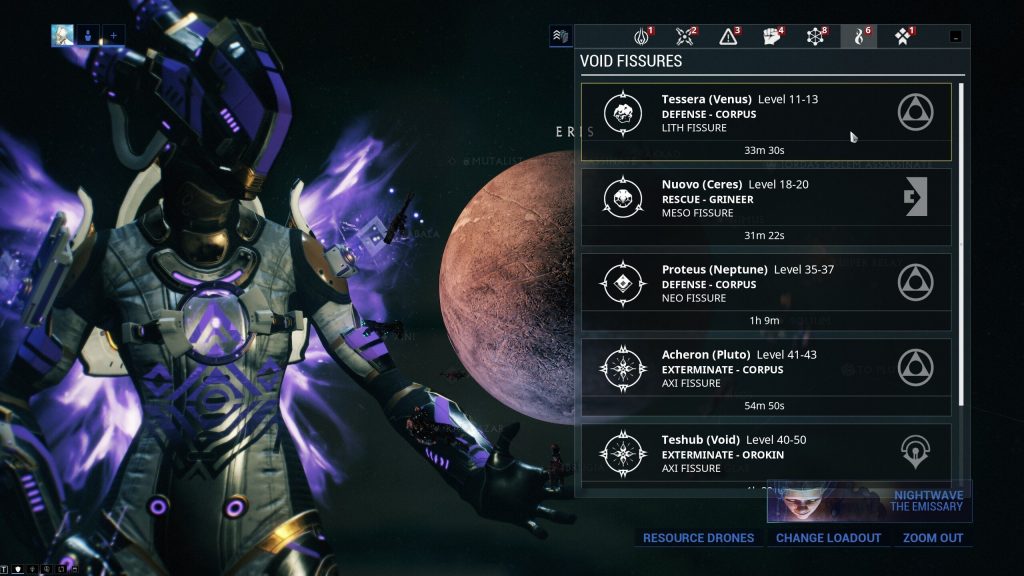 Once you have gathered up the Relics you need, you have to open them. To do this, go to your Navigation menu, and look in the top right. There will be a row of symbols there and the second from the right will bring you to the Void Fissures list. This list will contain random missions you can run to open the different Relic types. Load in, and make sure you do it in a public mission. Just play the mission, collect the Reagent that drops from dead enemies. Collect ten of them, then finish the mission to open the Relic. You can choose which item you want from any of the Relic that people are using for the mission, so choose wisely.

If you are looking for a specific item, you can head to the Recruiting tab in chat, and look for a group running the specific Relic type you want to open. This will give you the best chance of getting the component that you want quickly. Once you have all the components, just build them in the Foundry, which will take 12 hours. After that, build the Warframe, which will take three days. Then, enjoy leveling your new Rhino Prime!

Where to Farm Nyx Prime Relics in Warframe

Where to Farm Boltor Prime Relics in Warframe