Is Warframe crossplay compatible? A recent marketing blitz has a lot of new people looking at Warframe and wondering about crossplay. That is just what happens when a trailer for your game plays before one of the summer’s biggest movie releases. Warframe is available on PC, Xbox One, PlayStation 4, and Nintendo Switch, so you are spoiled for choice regarding where to play. The big question is, is Warframe crossplay compatible? With so many options about where to play, people want to make an informed decision.

Warframe is not currently crossplay compatible, and crossplay is unlikely to arrive in the game any time soon. In a recent interview with GameSpark, Digital Extremes’ Rebecca Ford spoke about how it would be difficult to bring such a system to Warframe. Now, I am not an expert, but I believe the heart of the issue is that Warframe sessions are hosted by one player. Crossplay seems to rely on server-side hosting to work, which is a something Warframe does not currently use. 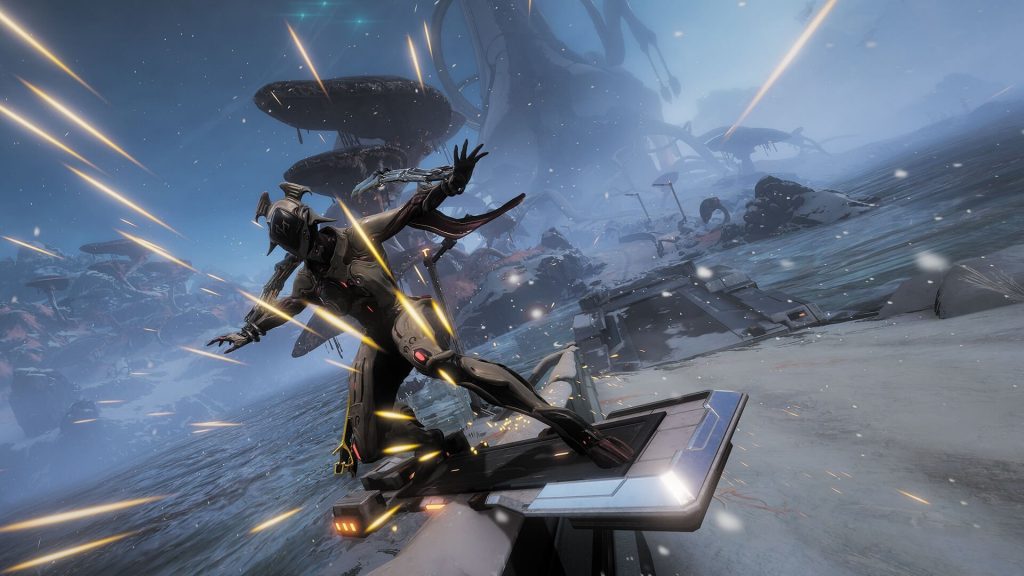 Digital Extremes have expressed a desire to bring a cross-save function to the game, which would allow you to play with one account across all available systems. Personally, I would love to see crossplay or cross save end up in the game at some point. When Warframe released on new platforms, players had the option to copy their account to the new system. This allowed them to transfer all their progress to the new platform. Sadly, this option was only available when new consoles were added to the line-up. After that, the progress you made on each account was treated separately, which resulted in a lot of grinding to stay up to date.

There is also another stumbling block to crossplay. The PC version will be updated, and get new content, before the console versions. The reason for this is simple; console updates must go through a certification process with the companies that own them. As a result, there tends to be a two-week delay between updates arriving on PC and the console platforms.

So, crossplay might arrive in Warframe at some future date, but it would seem that Digital Extremes have some work to do before that is possible.

How Crossplay Works in Naraka: Bladepoint