Blast damage is one of six mixed elemental damage types in Warframe. Blast damage will cause an explosive knockdown effect that will cause all enemies within five meters of the explosion to fall to the ground. The knockdown effect will not work against bosses. An enemy that dies to a Blast proc will be disintegrated. This leaves no body for their allies to find, which is useful for stealth missions.

How to Do Blast Damage In Warframe 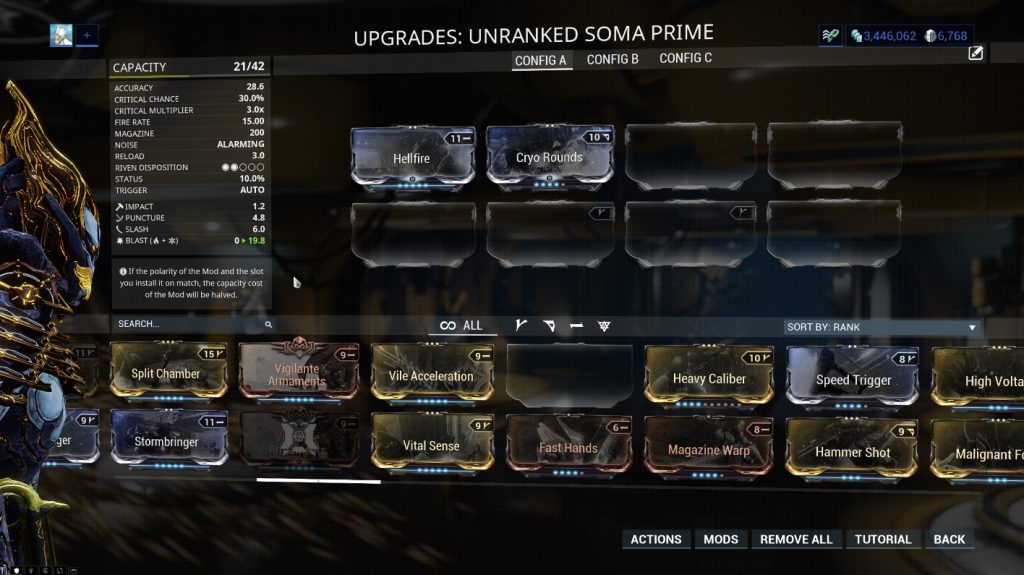 Blast damage is caused by mixing Cold and Heat elements. If you equip mods that cause both elemental effects on a weapon, they will be combined. Some weapons in the game will do innate Cold or Heat damage. In these cases, you need only use the other element type to achieve the combined effect. Other weapons will actually do innate Blast Damage. The Corinth, Penta, Lenz, and Vaykor Hek can all do this damage type without additional mods.

It is generally easier to just use mods to achieve the status effect on whatever weapon you wish to use. Just using any of the Cold and Heat mods in combination will achieve the effect for you. Blast damage is highly effective against Grineer Machinery, and Fossilized Infested enemies. It will have reduced effectiveness against Ferrite Armor. Mods such as Cryo Rounds (Rifle), Chilling Grasp (Shotgun), Deep Freeze (Pistol), and North Wind (Melee) will all do Cold damage, and are quite common. Hellfire (Rifle), Incendiary Coat (Shotgun), Heated Charge (Pistol), and Molten Impact (Melee) will all do Heat damage, and, once again, are quite common.

Anybody who has played the game for even a little while should have access to the mods needed to combine heat and cold on a singular weapon. You can combine any Cold and Heat mods; they do not have to be the ones listed here. Once you have the mods combined on your weapon, just load into any mission and start killing enemies. It won’t take long, and you should be able to wrap up the Nightwave challenge in a single mission.