Players of The Division 2 learn a lot of stories that Massive and Ubisoft designed by collecting phone recordings throughout Washington D.C. As such, it’s quite essential to Shield Agents to pick up all of these electronic devices they encounter. If you’ve been near the Fallen Cranes control point in the Downtown East region, you may think that one of these recordings is out of reach. We’re here to show you how to get into the room and collect it. 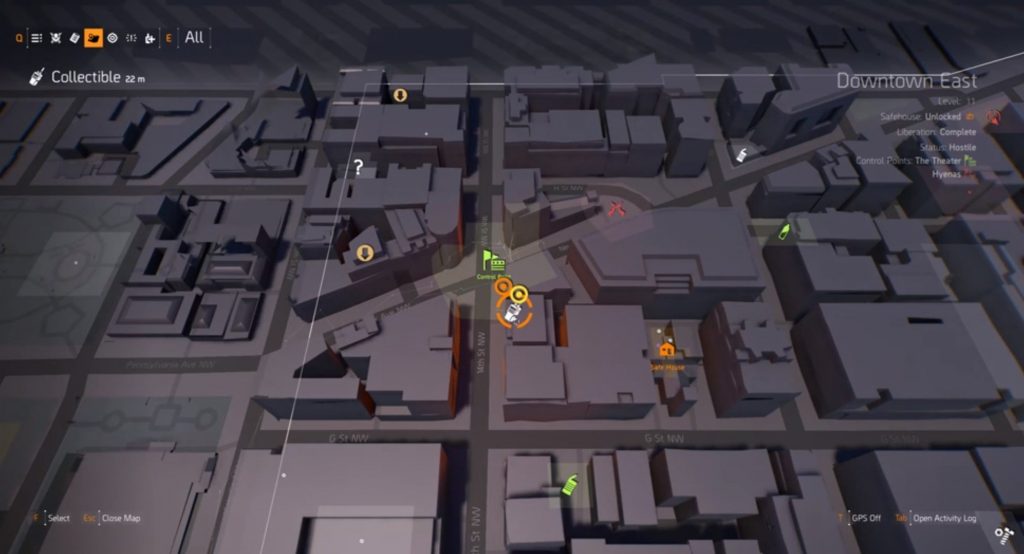 The phone recording is located just south of the Fallen Cranes control point.

The Fallen Cranes control point is located just east of the White House. As such, Shield Agents will encounter it early in the game. An “electronics device detected” message will prompt you to check your map, and sure enough, there’s a phone recording. It’s just across the street inside the District Union Bank branch.

Locating the phone recording is easy: Enter the bank, and soon you’ll spot it in a room with a locked door.

Gaining access to the voice recording is quite simple. Position yourself in such a way that you can see the inside of the door through the side wall. You’ll see a bike lock preventing entry and access to the recording. Just put a few bullets into it, and you can open the door to collect the phone. There are also a few loot boxes for a chance at additional gear.

Now that you’ve collected the recording at the Fallen Cranes control point and listened to the message, perhaps it’s time to collect another keychain or two?

How to Get the Spectre Hunter Mask in The Division 2

All Keychain Locations in The Division 2

All Collectibles in Kakurega Village – Aragami 2