How to Make a Mermaid in Island Living 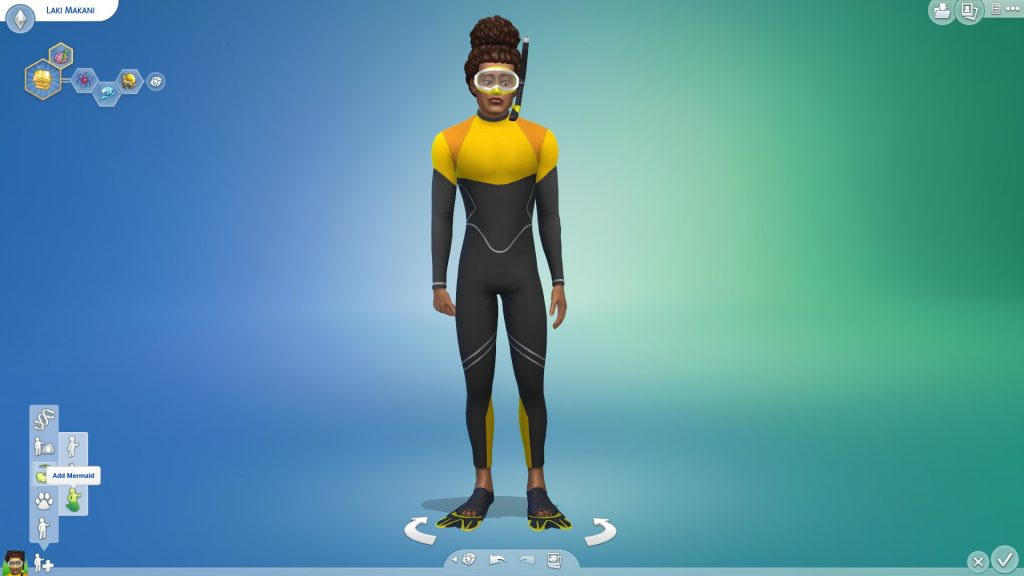 Use the options down the bottom left to select an Occult sim and then a mermaid.

Setting up a mermaid sim in Island Living isn’t too complicated, but the option isn’t front and center. The steps to create a mermaid is as follows:

Once the mermaid is on-screen, you will be able to change their physical appearance and various attributes. 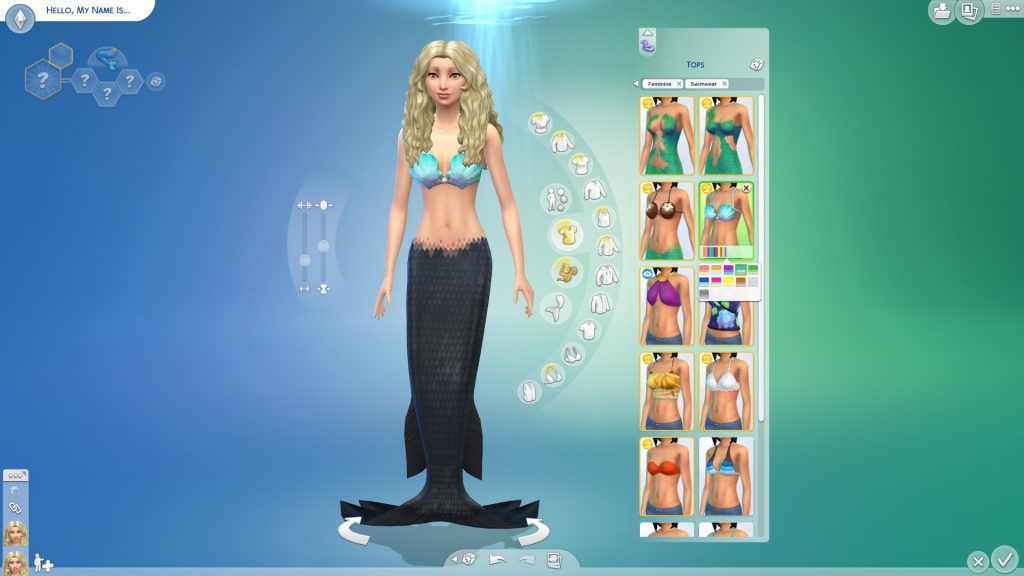 You can change the appearance of the mermaid once it’s created.

Mermaids are special in that they have two forms. The first form is that of your typical mermaid, complete with tail and scale-covered body. The second form is their human state, which perfectly hides the fact that they’re a mermaid.

With your mermaid created, all that’s left to do is live the ultimate mermaid life. For the most part, you will be blending in with society, but you can also transform into your true form.

To turn your mermaid from their human form into their mermaid form, simply go and swim in the water. As soon as the sim is submerged in water, they will transform into a mermaid! Be careful, as this might also happen when they’re in a bathtub.

There are some other differences between mermaids and normal sims. For starters, mermaids don’t have a hygiene meter, they instead have hydration. Anything a mermaid sim does will reduce their hydration, including performing mermaid abilities. If their hydration gets too low, they will begin to smell fishy and eventually die. You can replenish the hydration by doing anything that involves water: walk in the rain, drink some water, and go for a swim.

Creating a mermaid sim in The Sims 4: Island Living is an absolute necessity! Thankfully, it’s an easy process despite the option being a bit hidden. Remember to keep your mermaid hydrated so they don’t start smelling fishy!

How to Make a Spellcaster in The Sims 4

Project Rene is the Next Installment in The Sims Series