Will The Last of Us Part 2 Have Multiplayer?

Naughty Dog has officially announced the state of The Last of Us Part 2 multiplayer.

Last of Us Part 2 – Single Player Only 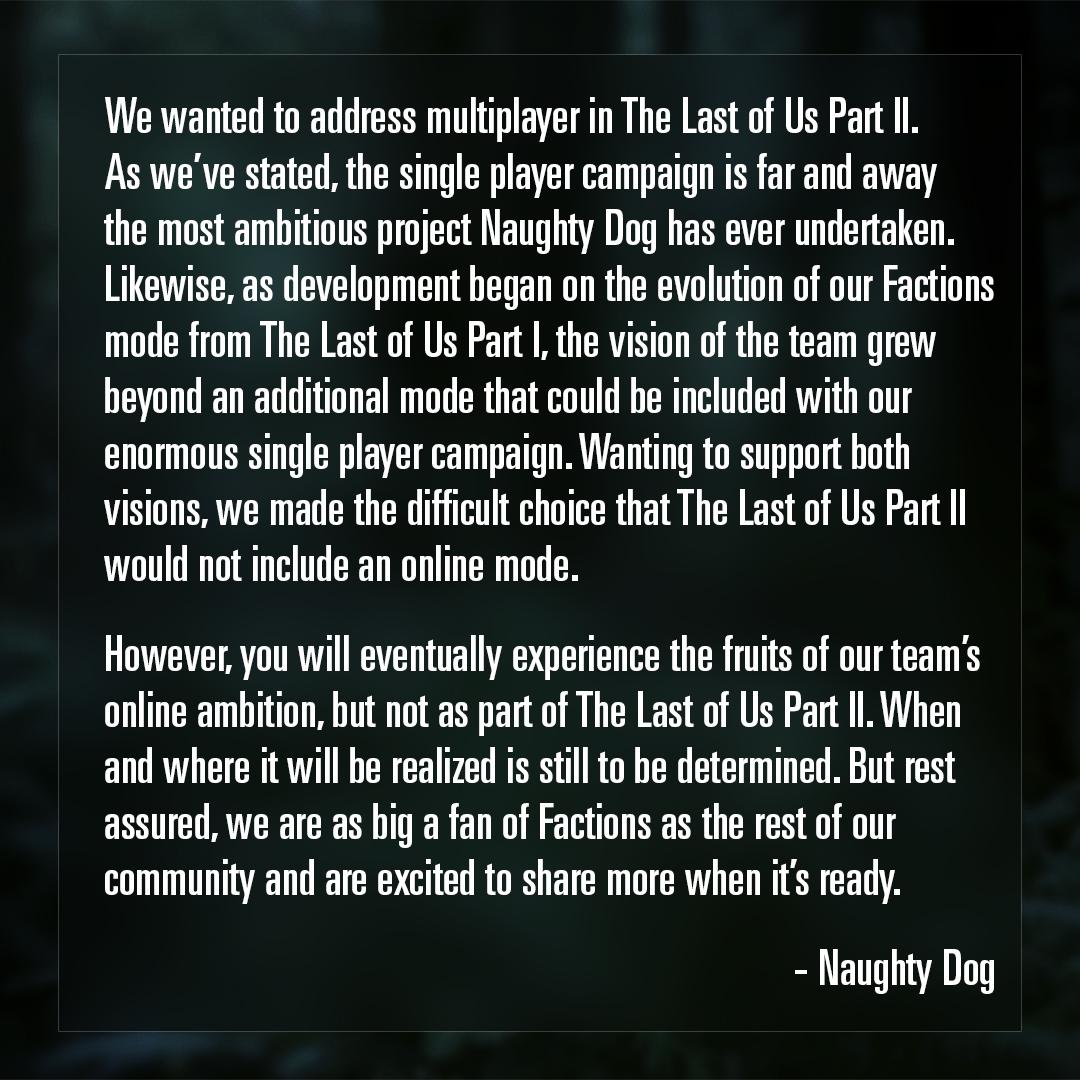 Gamers can finally mark a date on their calendars for The Last of Us Part 2, February 21, 2020. While the plot is still unknown, players will take control of Ellie five years after the events of The Last of Us, as they come into contact with a mysterious cult, who is not on Ellie’s good side.

Another character returning to help Ellie is the main protagonist and father figure, Joel. Returning to voice the roles of Joel and Ellie are of course Troy Baker and Ashley Johnson. One thing that doesn’t seem to be returning is the multiplayer mode Factions.

Factions consisted of several different modes where players choose the side of the Fireflies or the Hunters and lead a clan through 12 weeks. Each match counted as one day and gave players the opportunity to gather supplies and grow the clan’s progress.

In a tweet made on September 26, 2019, Naughty Dog confirmed that the Last of Us Part 2 would not include an online mode. Naughty Dog did have this to say about multiplayer though.

However, you will eventually expereince the fruits of our team’s online ambition, but not as part of the Last of Us Part II.

I didn’t play a lot of Factions during my time spent with The Last of Us as I was too busy admiring the giraffe scene. The Last of Us Part 2 is a PlayStation 4 exclusive title and is already one of the most anticipated games of 2020. I think I can safely speak on behalf of everyone at Guide Stash when I saw we’re excited to experience this sequel next year. Stay tuned to Guide Stash for even more coverage of The Last of Us Part 2.

Set 5 years after the events of The Last of Us, Joel and Ellie return on their journey through the ruined cities of America, their path ahead of them will be unfold.

More about The Last of Us: Part II