Picking up money, or sen, in Sekiro: Shadows Die Twice is obviously important. Without any sen to fill your pockets, you won’t be able to purchase items from shops. While Sekiro does tell you how to pick up sen from defeated enemies, it can be easy to miss or simply forgotten.

How to pick up money

To pick up money (sen) in Sekiro: Shadows Die Twice, simply hold the collect button. On Xbox One this is the X button and on PlayStation 4 it will be Square. After holding it for a short time, a whirlwind will swirl around Sekiro. Once the swirling starts, any sen dropped in the area will be sucked into his pockets. 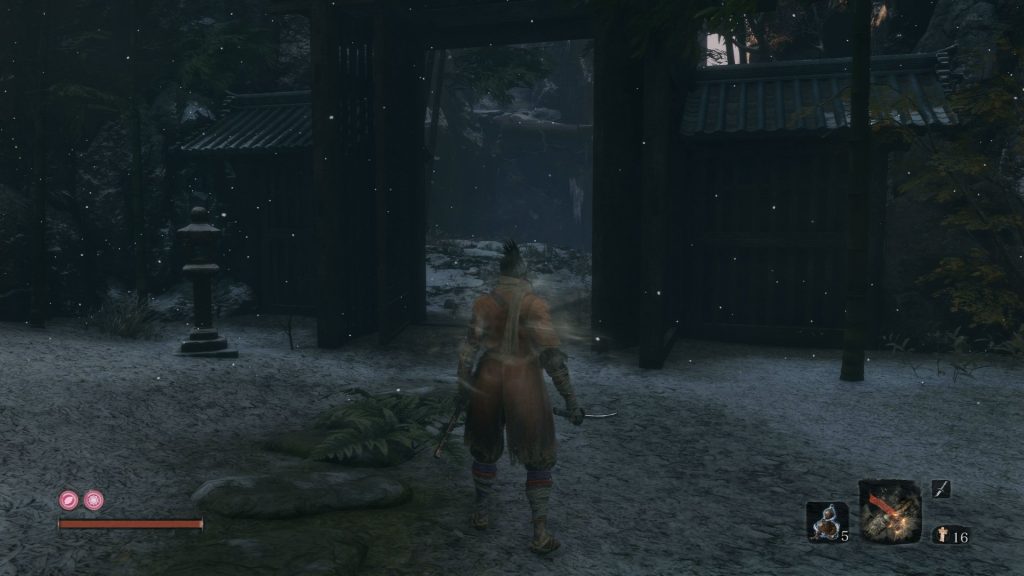 It’s a bit hard to see in an image, but holding the collect button creates a whirlwind around Sekiro that picks up money and dropped items in the immediate area.

This collection method also picks up any items a defeated enemy might drop. Some enemies drop consumables, like oil or prosthetic upgrade materials. By holding the button, you can collect all these without manually collecting it from the body.

The pick up money ability only works on items dropped by enemies. Unfortunately, it does not work on items already sitting in the world. Any little bags or items you find sitting on the ground can only be collected by manually picking them up.

There doesn’t appear to be a good reason why the collect money move exists. In previous titles, any currency was automatically added to your collection. I don’t know why this isn’t the same in Sekiro. However, it’s definitely important to remember to suck up all the sen you see.

Now that all that precious sen is finally filling your piggybank, you should be able to start purchasing those much-needed items. You’re able to purchase Spirit Emblems from the Sculptor’s Idols and any number of different consumables and upgrades from the merchants found around the regions. Sekiro: Shadows Die Twice is exceptionally tough, but now that you’re picking up money, you should hopefully find it a bit easier to progress.