Finding and selling mermaid gems in Sea of Thieves is a great way to level up the various trading companies. With three different gems to sell, and each worth a different amount of XP and gold, there’s plenty of opportunity for ranking up. The only challenge is knowing where to find them, as they can be a bit elusive.

Where to Find Mermaid Gems 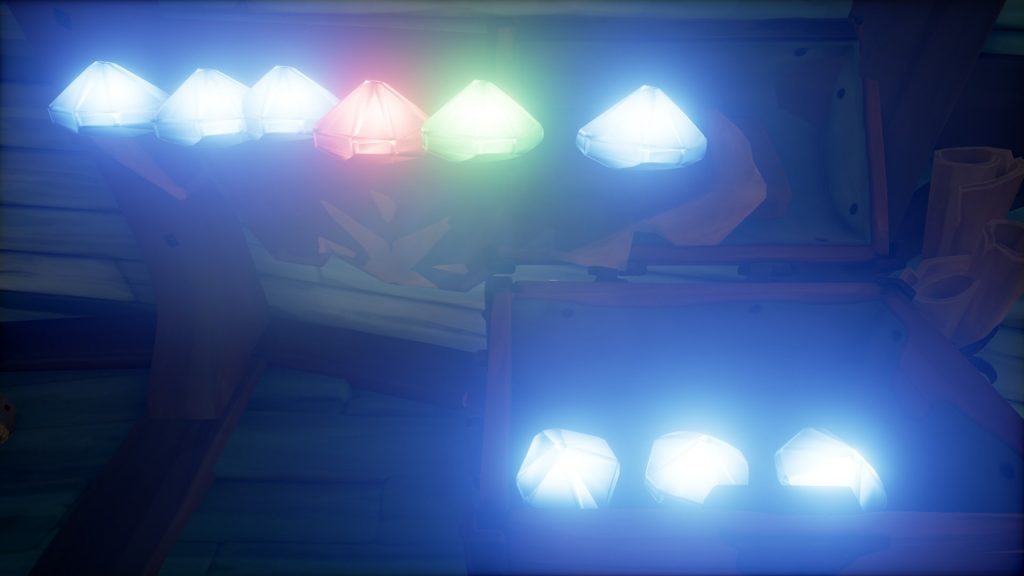 Thanks to a recent update to Sea of Thieves, mermaid gems can now spawn in more locations. Previously, these items could only be collected by finding and destroying cursed mermaid statues, a rare world-spawn, but now, there are four ways to find them:

The first way to find mermaid gems is by destroying cursed statues. These statues spawn in the ocean or on the beach of all the islands in the game, except for forts and outposts. There are three types of statues, relating to each of the three gems:

Depending on what color statue you find will dictate how difficult it is to destroy. Ruby statues are the most resilient, requiring two or more players using blunderbusses and sword hits in order to break. Emerald and sapphire statues can be destroyed by solo players. 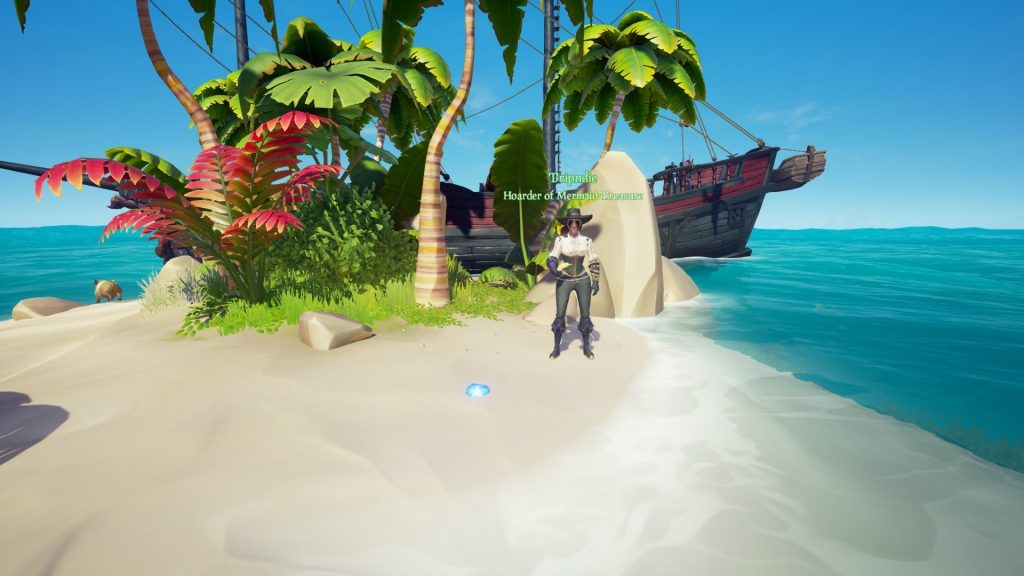 Mermaid gems can now be found washed up on the beach.

Mermaid gems can now also be found on the shorelines of all islands except for outposts. Skeleton forts can have them on the sand, but not the statues. Whenever you visit an island, do a lap of the beach to see if there are any gems watched ashore. 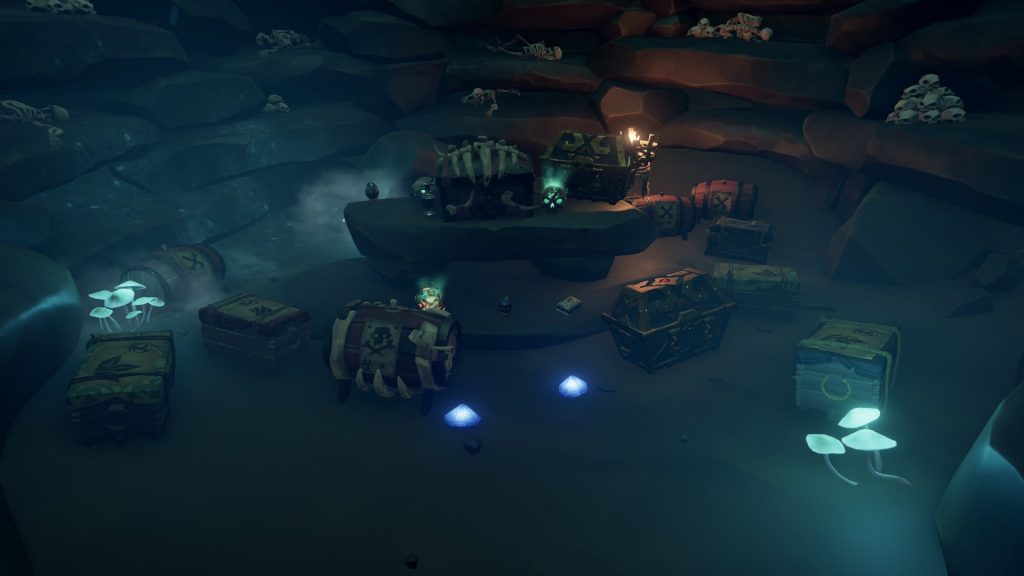 Skeleton Forts will now have mermaid gems in the vault.

The loot from Skeleton Forts will now also include mermaid gems. If you’re lucky, the fort will have a couple to collect and if you’re really lucky, it might have four or more! The only difficulty with this option is clearing a fort and defending against other players.

The last place you can find these jewels is in sunken ships. These ships used to be rather mundane, offering only a few pieces of loot and resources, but now they can have all kinds of cooked meat, cursed cannonballs, and even these precious jewels.

Where to Sell Mermaid Gems

Now that you know where to find the jewels, you will need to figure out where to sell them. Thankfully, they can be sold to the five main trading companies in Sea of Thieves:

As part of some Mercenary commendations, there are rewards offered for delivering 20 jewels to the Gold Hoarders, Order of Souls, and Merchant Alliance. This will help you earn some doubloons as well as rank up these companies. Unfortunately, the Mysterious Stranger does not accept them.

If you’re rank 50 in the base three companies, it’s worth giving the jewels to the Hunter’s Call or the Sea Dogs, as these can take quite a while to level up. 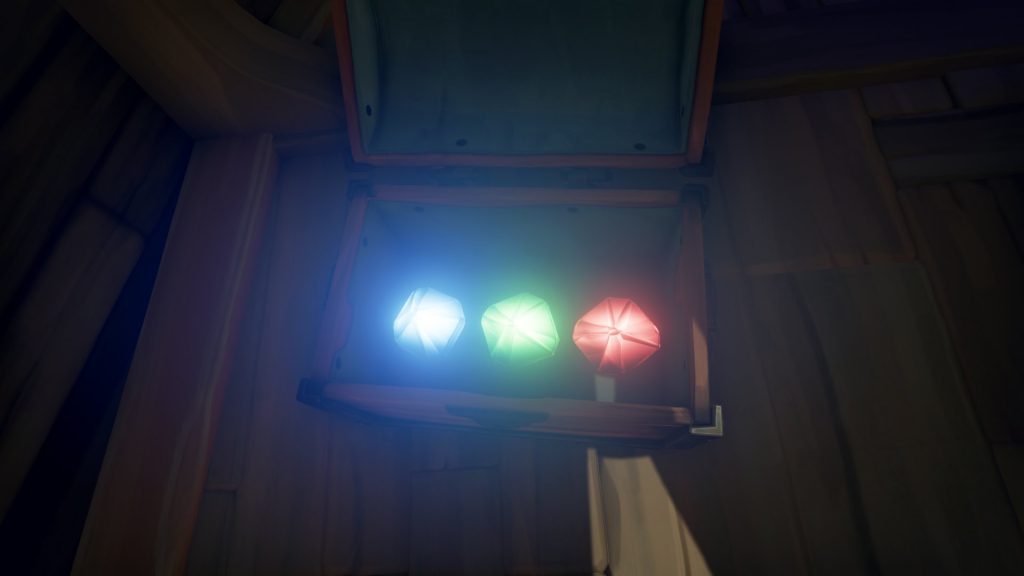 Mermaid gems are worth different amounts, with the ruby being the most profitable and sapphire the least.

The three types of mermaid gems are also worth different amounts of XP and gold. The rarer the gem, the more it’s going to be worth. While you can’t easily quantify how much XP you will receive, the gold values are fixed:

Selling these gems is a great way to bump up your gold supplies by a decent amount.

Finding mermaid gems in Sea of Thieves isn’t as tough as it used to be. With more places to find them, leveling up your trading companies and unlocking doubloons is going to be a breeze. Take a look at Guide Stash’s Sea of Thieves page for more guides!