Skeleton Forts are one of Sea of Thieves most challenging and rewarding activities. The challenge comes from two places: dealing with skeletons, and other players. But if you can navigate these obstacles, you will be rewarded with a veritable treasure trove of booty!

Where are Skeleton Forts 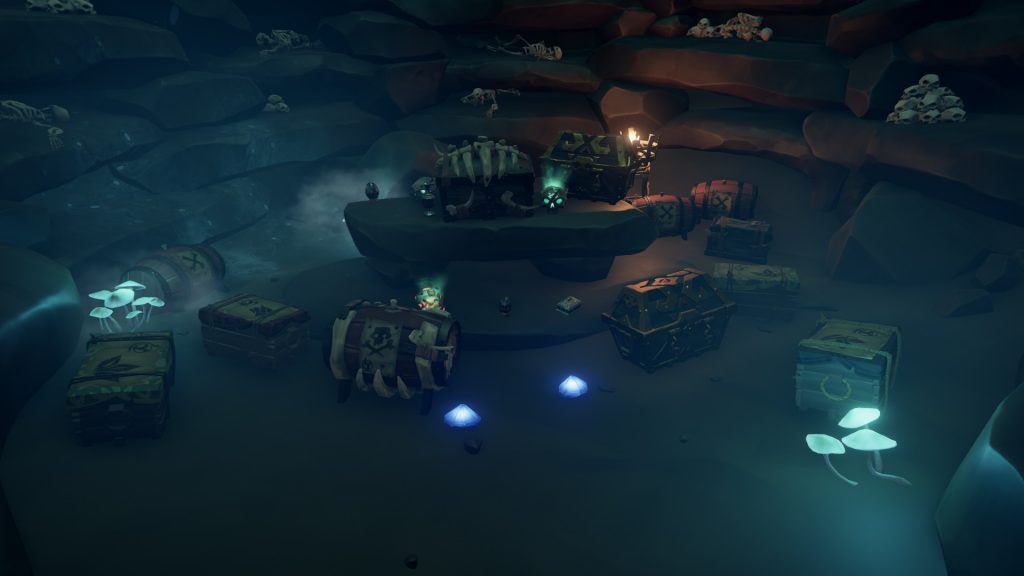 Beating a Skeleton Fort and using the key the captain drops to unlock the vault will reveal a room brimming with treasure.

Skeleton Forts are located all around the Sea of Thieves. There are three forts in each of the original regions and one in the Devil’s Roar. These all have different layouts, but they all have a central arena with the vault beneath.

Search for the following names on your map to find the Skeleton Forts:

Skull Cloud in the Sky 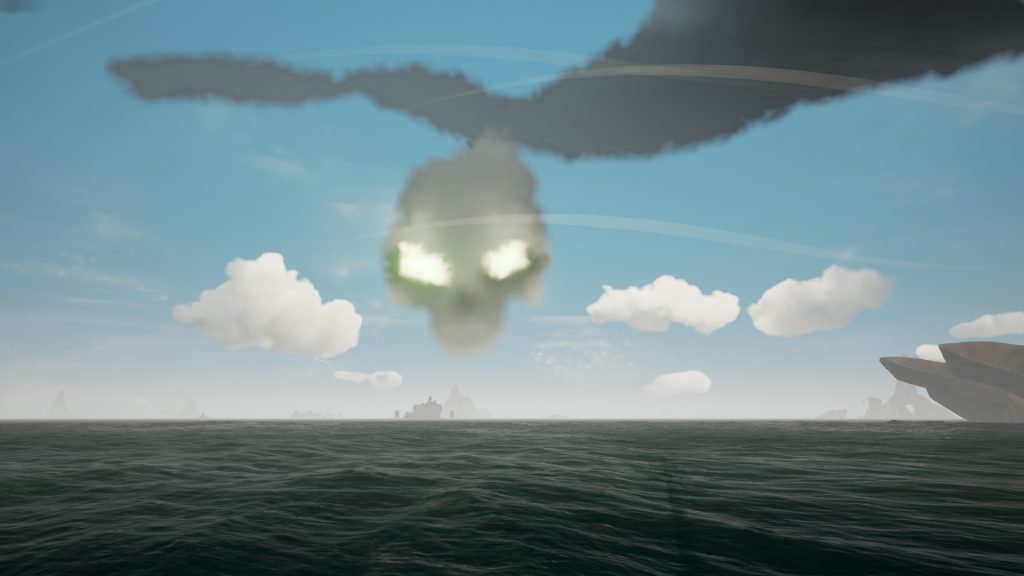 A skull cloud in the sky marks an active Skeleton Fort. When the cloud disappears, the fort has been completed and the vault is ready to be opened.

While there are close to a dozen Skeleton Forts, they won’t all be active at the same time. When a fort is active, a giant glowing skull cloud will appear in the sky. Sail toward the skull cloud and you will eventually encounter the active stronghold. As you approach, the music will change to intense battle music.

When you eventually defeat all the waves of skeletons and kill the captain, the skull cloud will disappear with a green flash. Anyone who sees it will know that the fort has been finished and the loot can be collected – expect players to aggress you!

How to Start a Skeleton Fort

Starting a Skeleton Fort is simple: sail to the active fort (as indicated by the skull cloud) and kill skeletons. You don’t need to activate anything or do something special. If you sail to a fort and there are no skeletons and the vault doors are open, it is not an active fort and you have sailed to the wrong one.

How Many Waves in a Skeleton Fort 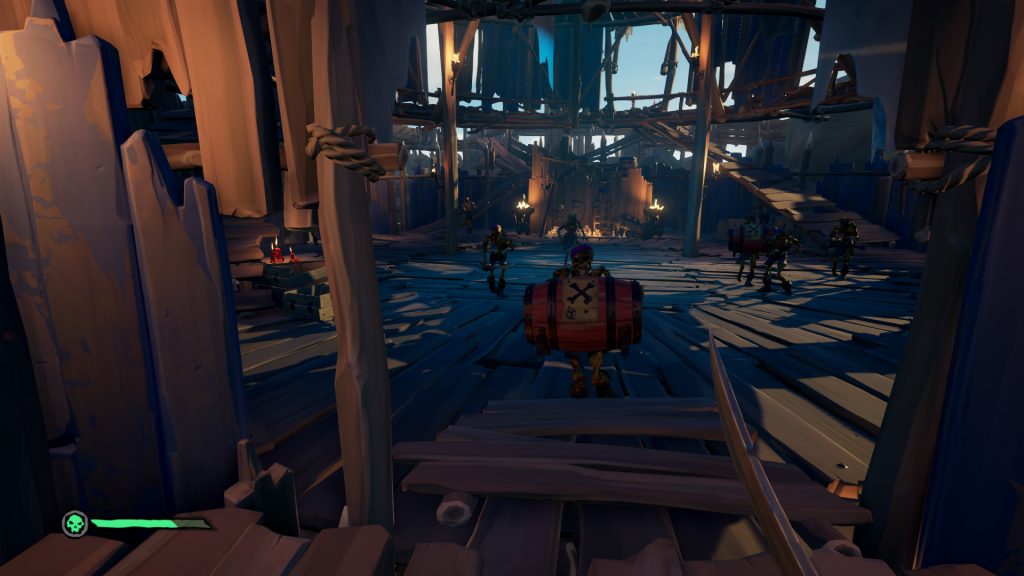 There are roughly 12 waves of skeletons to beat before the captain will spawn.

An active Skeleton Fort will be overrun with skeletons. These won’t all appear at once, instead, they will appear in waves. There are roughly 12 waves of skeletons, give or take a few. Once all the waves have been defeated, the captain will spawn. Kill the captain to claim the key to the vault.

In the event a wave of skeletons isn’t spawning, you may need to “reset” the fort. To do this, have your whole crew die and respawn at the same time. You will hear a loud blast of music and the wave of skeletons should start spawning.

Sea of Thieves’ Skeleton Forts are a great way to earn a lot of loot and XP quickly. The only challenge will be finding one and defending it from other players. But if you can clear all the skeleton waves and secure the fort, you’ll be laughing all the way to the bank. For more Sea of Thieves guides, you’re already in the right place!