By Tony Mino on Nov 17, 2019 at 1:34 am. Filed in Guides under Sea of Thieves.
Share Tweet Save to Stash Google+ Email WhatsApp

Learn whether you can play Rare’s Sea of Thieves split screen with a friend.

Sea of Thieves is one of Rare’s latest games featuring multiplayer and co-op elements. While you can play it online with a few friends, some players want to know if Sea of Thieves is split screen. This is only natural, as playing a game like Sea of Thieves with a friend is incredible. But what would make it even better? Being able to play with friends on the same console.

The answer to the question, “Is Sea of Thieves split screen?” is “no”. Unfortunately, Sea of Thieves does not have any split screen functionality. What this means is that the only way to play co-op with a friend is if they have a copy of the game and somewhere to play it. 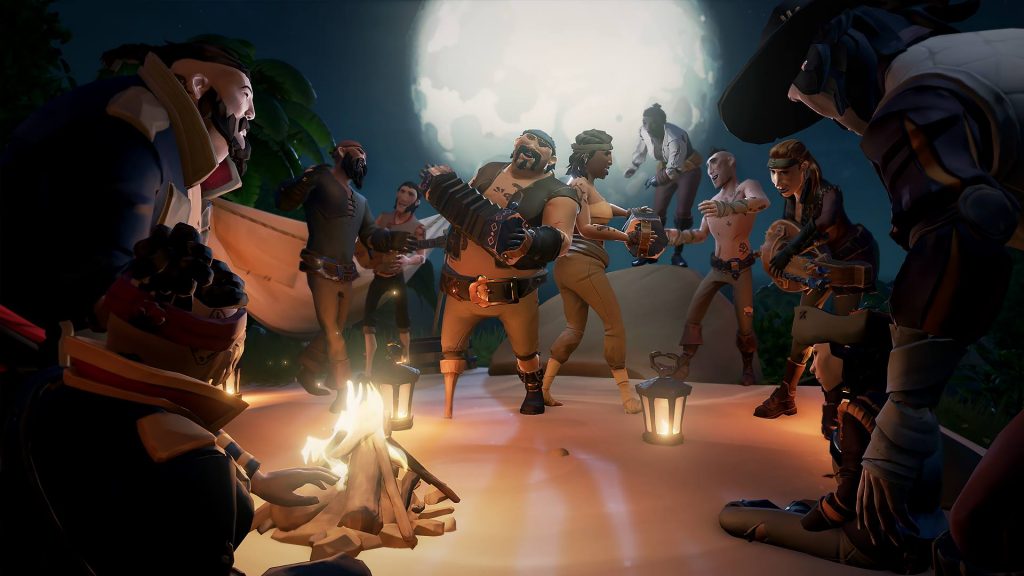 While there is no split screen in Sea of Thieves, you can still play with three of your friends on a single ship! © Rare

At the moment, Sea of Thieves is available on Xbox consoles and PC through the Microsoft Store. Players can purchase it for its full price or at a discount during special sales. It’s also available as part of the Xbox Game Pass service. This service is a monthly subscription that gives you access to 100s of games – kind of like a Netflix for video games.

So while Sea of Thieves doesn’t have split screen, there are heaps of ways to get another copy so you can play co-op.

Just because Sea of Thieves doesn’t currently have split screen doesn’t mean it won’t be added in the future. Rare is constantly pushing out impressive content updates, whether it be new story missions, explosive new mechanics, or pets and other goodies. There could come a time where the team is able to implement split screen into Sea of Thieves. For now though, you will need to make do with multiple consoles or PCs. Take a look at the Guide Stash Sea of Thieves archive for more guides and tips.