Harpoons are the newest addition to ships in Sea of Thieves. Using a harpoon effectively, whether you’re in Adventure or The Arena, can make all the difference. Before you begin your next voyage, take a moment to learn the mechanics of the front-mounted harpoons.

How to Use Harpoons

Harpoons were recently added to Sea of Thieves in the Anniversary Update. These new tools are more than just for show as they are exceptionally powerful in both Adventure and The Arena.

There are two harpoons located at the bow of each ship. One is on the port side and the other on the starboard. Unlike the cannons, the harpoons have a wide range of motion and a faster-operating speed. This makes them rather snappy and responsive.

The main functions of the harpoons are:

To use the harpoons, go to the bow of the ship and interact with the stand. Once you are on, use the fire button (right trigger on Xbox One and left mouse click on PC) to shoot out a harpoon that is attached to the ship via a tether. Left trigger or right mouse click will retract the harpoon. Pressing the X button or R key will lock the tether length. 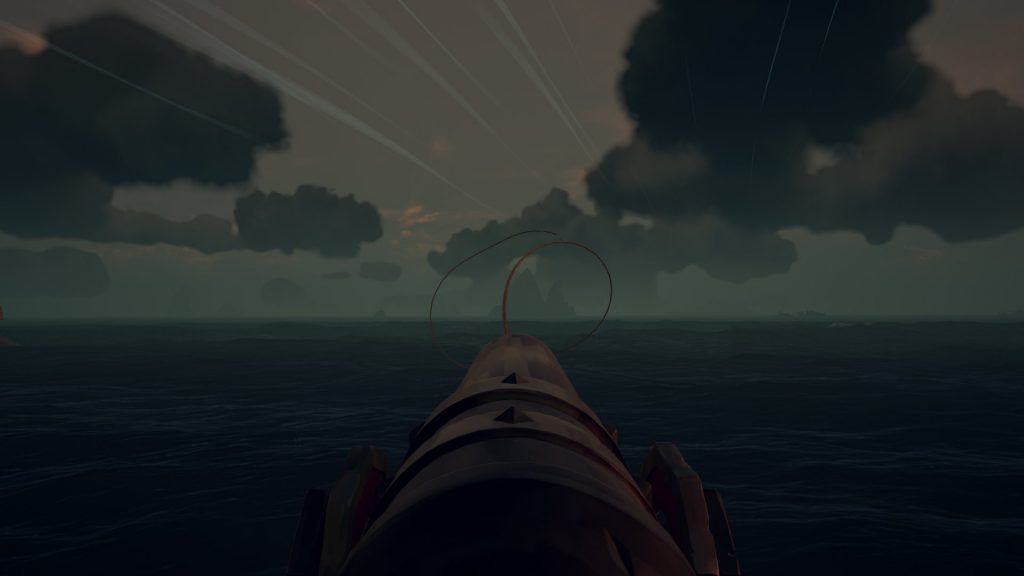 If the harpoon doesn’t hit anything, it will retract back into the stand.

If the harpoon does not hit anything, it will retract back into the unit, at which point it can be fired again. Keep in mind that once fired, the unit cannot be moved until the harpoon is fully retracted.

When the harpoon hits something, one of two things will happen: it will retract and bring what was hit back in toward the ship or stay stuck into whatever it hit. Hitting another player or item with the harpoon will cause said thing to land on the ship behind you. If you hit the environment, the harpoon will stay connected. Once the harpoon is stuck to something, use the appropriate button to retract tether.

At any point when the harpoon is stuck, you can lock the tether’s length. This will prevent the harpoon tether from being continually pulled out (such as when a megalodon has been harpooned). The reason this is important is that the tether has a maximum length. If you attempt to stretch the tether beyond its maximum length, it will snap and retract.

While the harpoon can be used to pick up items and players, using it effectively takes some more skill. Whether you’re in Adventure or The Arena, quickly picking up chests can mean the difference between getting attacked by another ship or slipping away just in time. 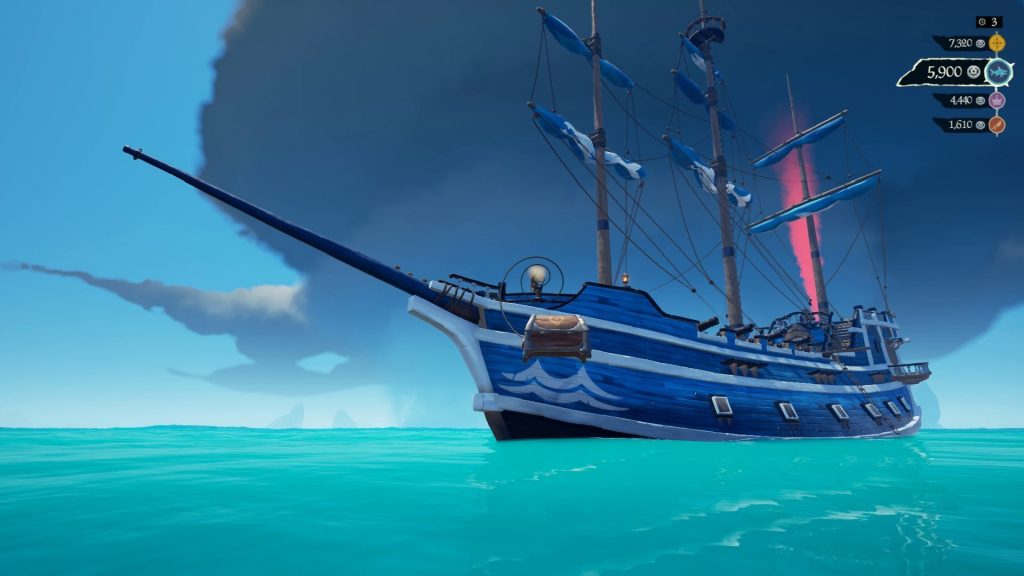 To increase your looting speed, have your most accurate player use the harpoon while you (or someone else) carry the loot. As you run toward the ship, the player on the harpoon should fire it at the item, snatching it out of your hands. This move is incredibly useful in The Arena where time is of the essence.

When getting close to another ship, the harpoon can be used to snatch things off their deck. It can also be used to snatch other players. The only downside to this last one is that the player may drop your anchor or kill your crew.

But the harpoon can also be used for extra maneuverability or to prevent another ship from fleeing. When attempting to turn a tight circle, try firing at a rock and using it as a pivot point to swing your ship around. This is useful if you want to avoid doing an anchor drop. Similarly, harpoon another ship and lock the tether to prevent it from getting away. 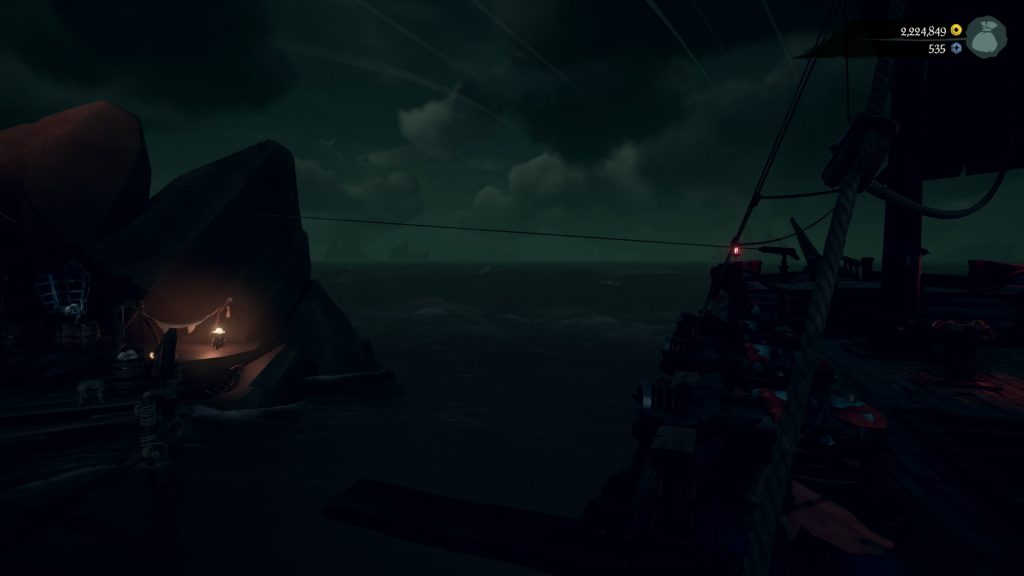 In the event your ship is harpooned by another team, the best way to get free is to make sharp turns. By spinning the wheel, the angle of the tether will be too great, and it will snap. This is extremely important for sloops and brigantines that get harpooned by a galleon.

The harpoon can also be used to make resource-gathering faster. When sailing past some barrels, shoot at a barrel to attach it to the front of your ship. Now you can loot the barrel without jumping in and out of the water.

Given enough practice, the harpoon will become your greatest asset in Sea of Thieves. Make sure you learn its strengths and weaknesses and try to ensure your most skilled player mans the harpoons! Take a look at our Sea of Thieves page for the latest news and guides, such as how to kill Briggsy.