By Larryn Bell on Jun 10, 2019 at 6:57 pm. Filed in Guides under Sea of Thieves.
Share Tweet Save to Stash Google+ Email WhatsApp

Show your love for Master Chief while out on the high seas with the Halo-inspired Spartan Ship set in Sea of Thieves.

Halo fans and Sea of Thieves players were treated to a nice surprise during the Inside Xbox presentation at E3 2019. While speaking with Xbox’s Larry Hryb, Sea of Thieves Executive Producer Joe Neate revealed the Spartan Ship set for Sea of Thieves, which is available now for a limited time.

How to Get the Spartan Ship Set

We're proud to unveil the @Halo-inspired Spartan Ship Set, made in partnership with our friends at 343 Industries. Earn it by battling in The Arena on the E3 show floor OR by playing #SeaOfThieves at any time between now and 23:59 BST on Saturday! pic.twitter.com/GOrjvzmBzc 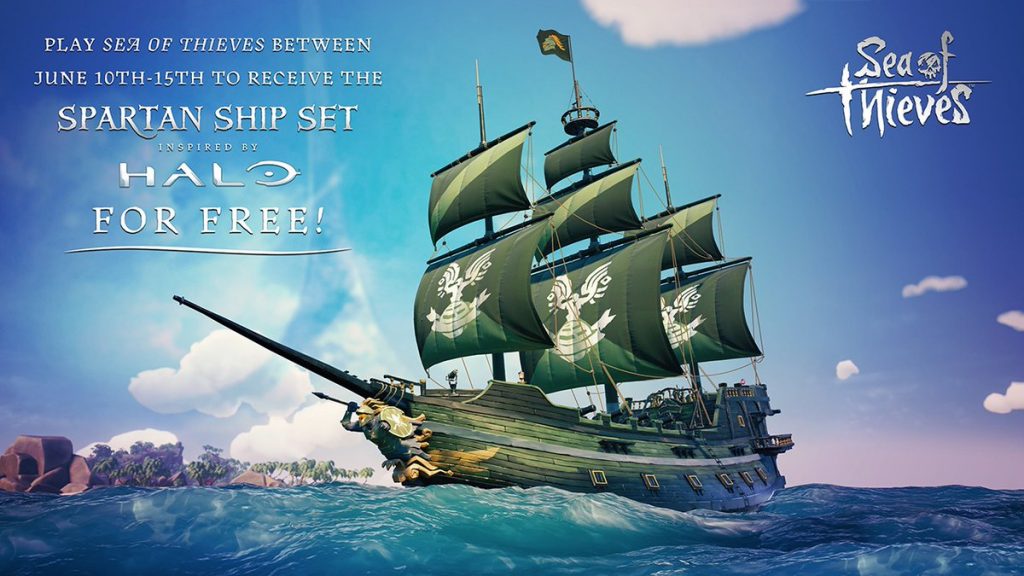 The Spartan Ship set is a nice way to honor dedicated Xbox players and fans within both franchises. Sea of Thieves recently celebrated its first anniversary with all new content. The Anniversary Update includes new quests and features, such as fishing for the new Hunter’s Call Trading Company. Check out our Sea of Thieves coverage for more guides and tips for tackling the high seas.