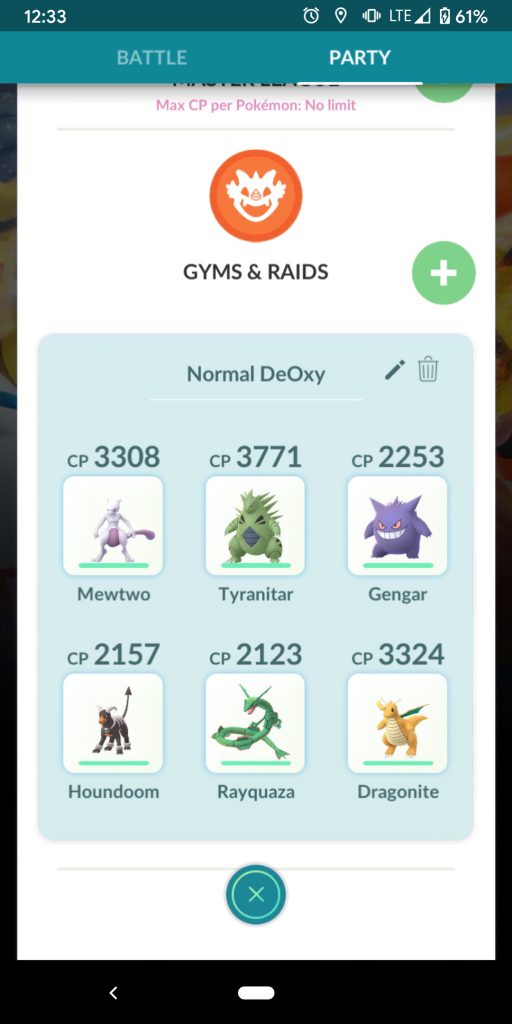 Deoxys is a Psychic-type Mythical Pokémon first introduced in Generation III. Deoxys is a unique Pokémon due to it having several different formes. This guide will focus on the Normal Forme Deoxys since it will be appearing in raids from August 7, 2020, at 1 p.m. to August 14, 2020, at 1 p.m.

Having multiples of the same Pokémon on your team is acceptable if you don’t have some of the suggestions listed above. I have several high-level Tyranitar that could take the place of others if I needed them to. Keep in mind that Normal Forme Deoxys is a Tier 5 Raid, so make sure you team up with four to seven friends.

After you defeat Normal Forme Deoxys, you will collect your reward and be taken to a screen that will allow you to catch it. Whether this is your first time or not, catching Deoxys and adding it to your ever-growing collection is a great feeling. Stay tuned to Guide Stash for more Pokémon GO content.