During Pokémon GO Fest 2020, players completed global challenges to achieve Ultra Unlock bonuses. One of those bonuses involves Genesect appearing in Five-Star Raids. Making sure you have the right team is key. Here are the Gensect Raid Counters in Pokémon GO. 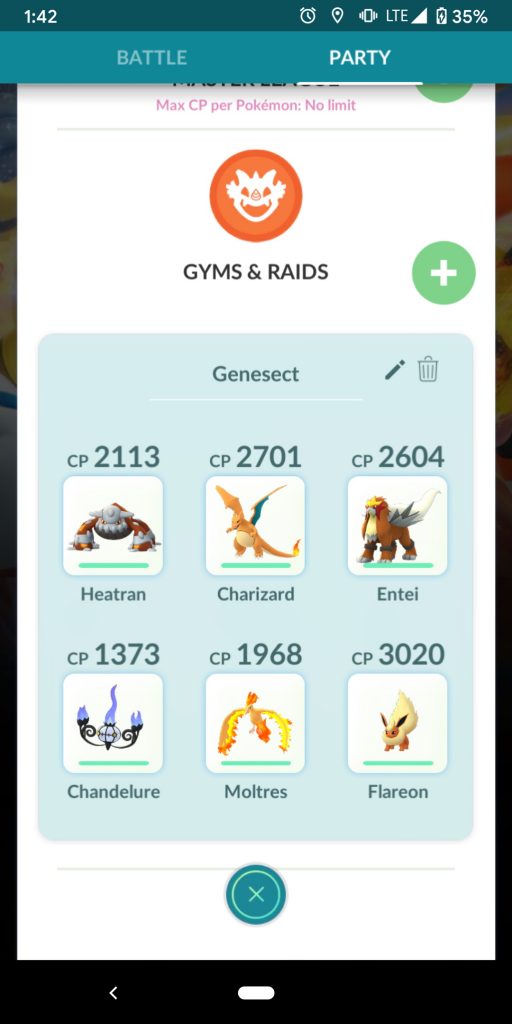 Genesect is a Bug and Steel-type Pokémon that has a metal body and a saucer-shaped head. This Pokémon was created from a fossil that had been modified by scientific means. Genesect is a unique Pokémon, since it has four other forms that are identified by the color of the light on its cannon. Initially, only Normal Drive Genesect will be available to catch. Genesect will appear in Pokémon GO starting Friday, August 14 at 1:00 p.m. PT and will be available until 1:00 p.m. PT on Friday, August 21.

Having multiples of the same Pokémon on your team is acceptable if you don’t have some of the suggestions listed above. Flareon and Charizard are two common Fire-type Pokémon, so you should have plenty of those on hand. Remember that Genesect is a Tier 5 Raid, so make sure you team up with four to seven friends to take it down.

After you defeat Genesect, you will collect your reward and be taken to a screen that will allow you to catch it. Lucky trainers will even have the chance to catch a Shiny Genesect to add to their collection. Stay tuned to Guide Stash for more Pokémon GO content.

When is Ultra Unlock 2021: Pokémon GO