Niantic has brought back a Mythical Pokémon for Trainers to rally against and catch. This Pokémon is one you definitely don’t want to face with the wrong team. This guide will help you pick the Darkrai raid counters in Pokémon GO. 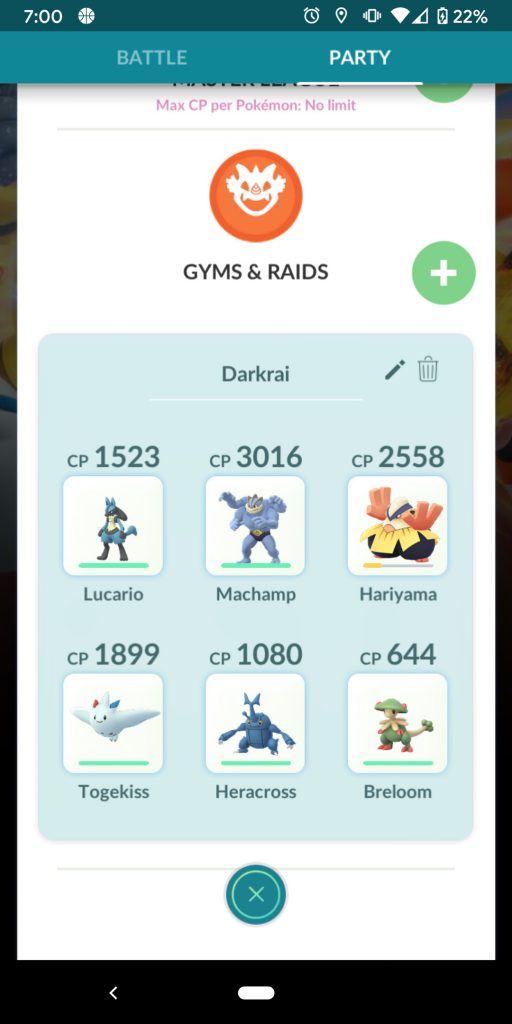 Darkrai is a Dark-type Mythical Pokémon that was first introduced in Generation IV. Despite being a Dark-type, you may run into a Darkrai that knows a Fighting-type or Ghost-type move. You will want to form a team of Pokémon that know Bug, Fairy, or Fighting-type moves as Dark-type Pokémon are weak to them. The counters below will give you a chance at defeating Darkrai.

Having multiples of the same Pokémon on your team is acceptable if you don’t have some of the suggestions listed above. While my Lucario, Togekiss, Heracross, and Breloom aren’t strong enough, I have several Machamps on hand who will get the job done. Keep in mind that Darkrai is a Tier 5 Raid, so you will want to be in a group of four to seven to properly defeat this Mythical Pokémon.

After defeating Darkrai, you will collect your rewards and be taken to a screen that will allow you to catch it. If you’re lucky enough, you might even encounter the shiny variant. Darkrai will be a welcome addition to your vast collection of Pokémon and possibly fill in that empty PokéDex spot if you haven’t caught one. Stay tuned to Guide Stash for more Pokémon GO content.