Plants vs. Zombies Battle for Neighborville seemingly has secrets around every corner. One secret is found in the Giddy Park PvP area, which also houses several golden fish. If you thoroughly explore Giddy Park, you will find a mysterious gnome door along the outer edge of the region. We’ll explain how to open this door and solve the secret gnome puzzle within Giddy Park so that you can unlock new chests and an outfit for Night Cap.

The first step to solving this secret gnome puzzle is to find a series of stone slabs on the ground in Giddy Park. Each slab will have a symbol on it, such as a shovel or boot. To activate the stone platforms, you must stand on top of the platform and perform a gesture by pressing down on the D-pad and scrolling over to the gestures tab. 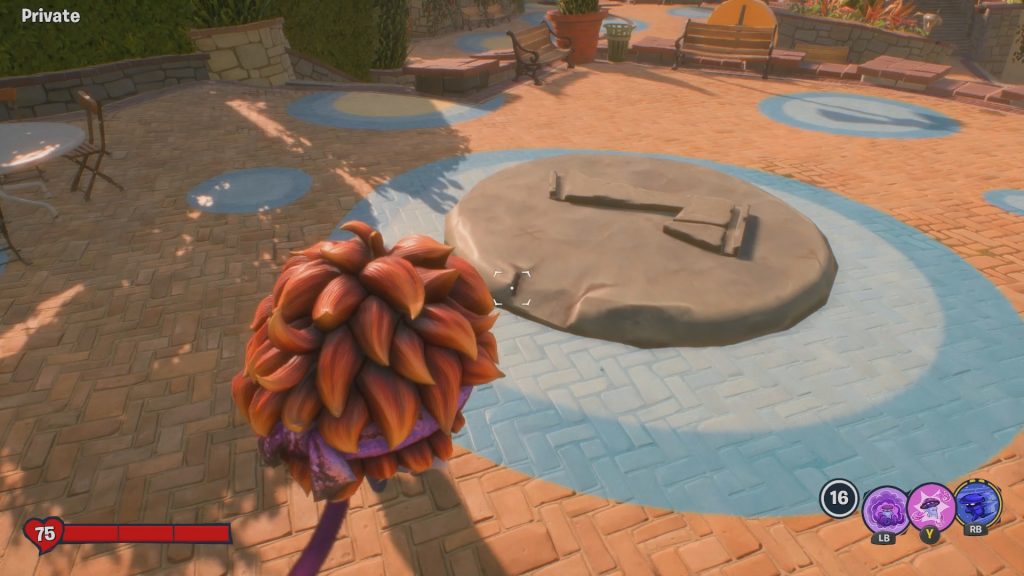 If you have any gestures favorited, you can use these as well. However, pressing down on the D-pad to perform a random gesture will not work. You must select the gesture from within the menu. After you gesture on top of the slab, it will light up, confirming its activation. There are six stone slabs in total throughout Giddy Park. 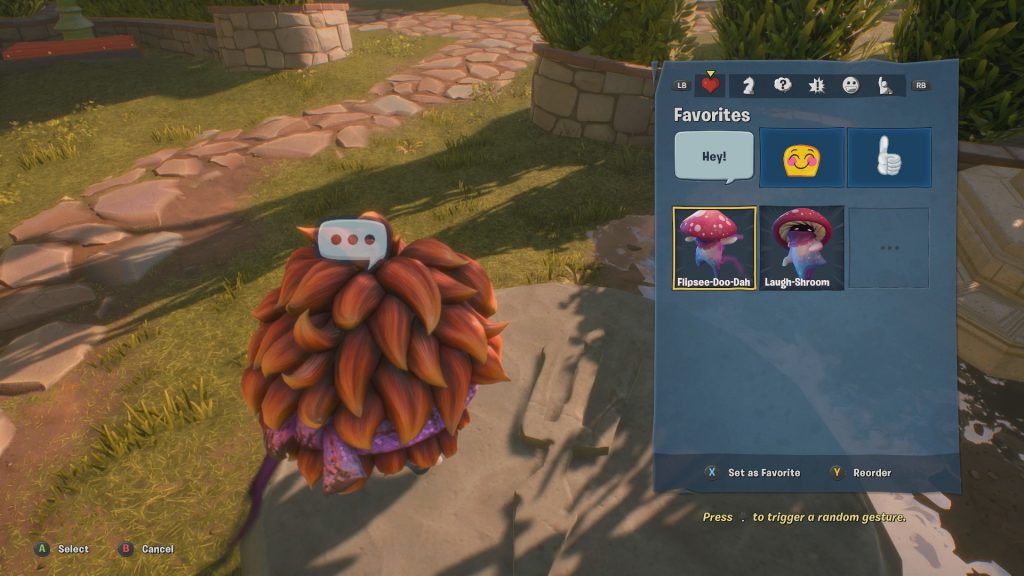 After you have activated all six stone slabs in Giddy Park, you can now head over to the mysterious gnome door to attempt to open it. The gnome door is found on the right side of the park if you’re coming from the plant spawn. The door is on the upper floor above the arcade. 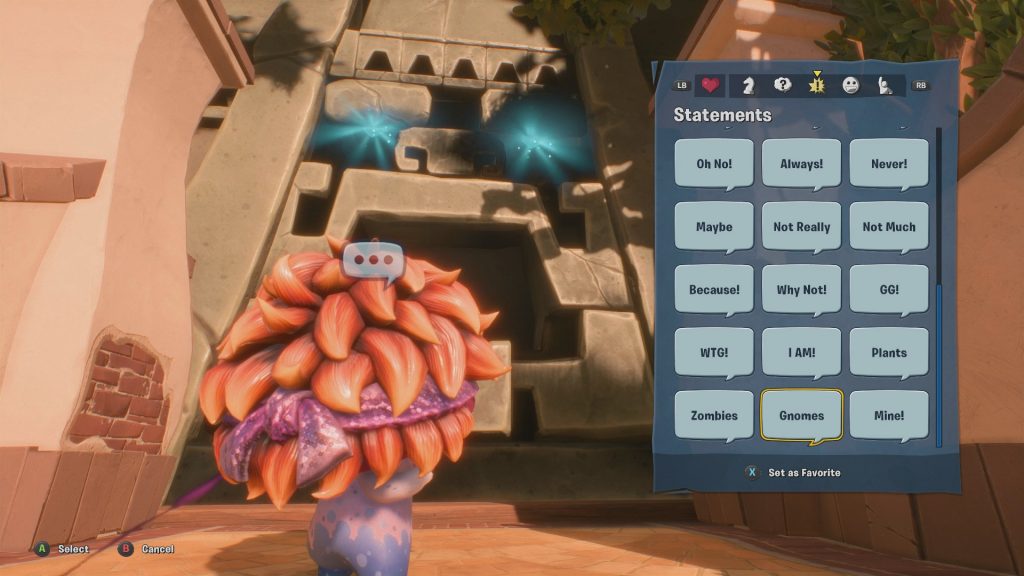 When you approach the door, its eyes should now be glowing. To open it, you must say the correct phrase from your dialogue menu, which again is accessible by pressing up on the D-pad. Scroll over to the Statements tab and find the word “Gnomes” at the bottom of the list. Say this word within range of the gnome door, and it will open.

Enter the door and continue down the passage until you reach a puzzle with three levers and a series of symbols on the wall. The left lever moves the whole sequence to the left, the right lever moves them to the right, and the middle lever swaps the third and fifth symbols with each other.

The goal with this puzzle is to put the symbols in the correct order by using the levers to rotate and move them throughout the sequence. When a symbol is in the correct position, the green gem below it will light up. 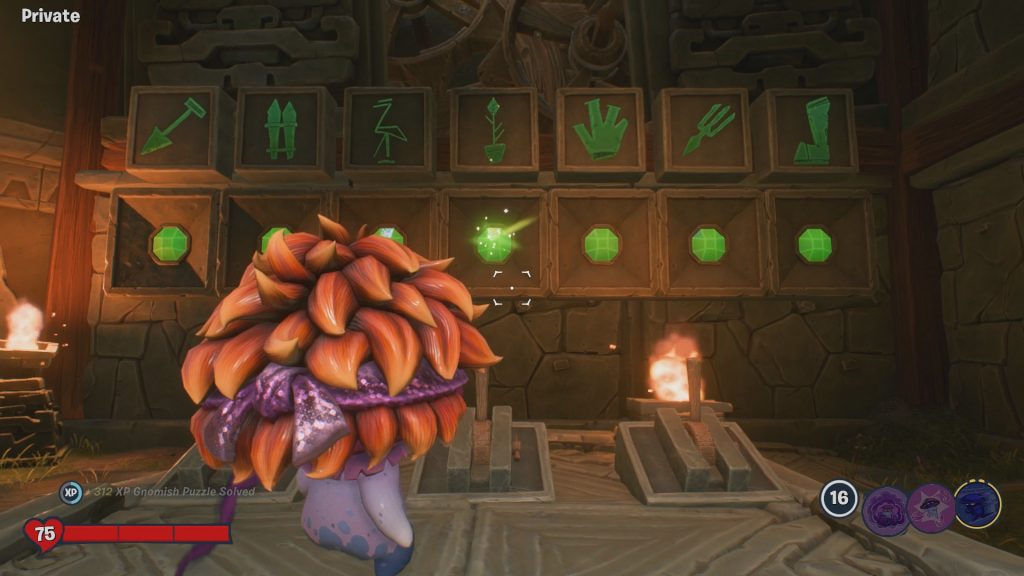 Solving this puzzle is no easy feat. We believe most players start out with a random sequence, so we can’t tell you exactly how to solve it. What we can tell you is the final sequence you are trying to achieve. Here is the correct sequence of symbols: shovel, fence, flamingo, flowerpot, glove, rake, boot.

When you have achieved the correct sequence, all three chests in the room at the end of the hall will become available. The two outer chests contain 30,000 coins apiece, while the middle chest will grant the Gnomish Spot-Shroom costume for Night Cap. You can unlock the two chests without solving the puzzle, so even if you don’t solve it, you can still earn some extra coins for a couple spins on the Reward-O-Tron. 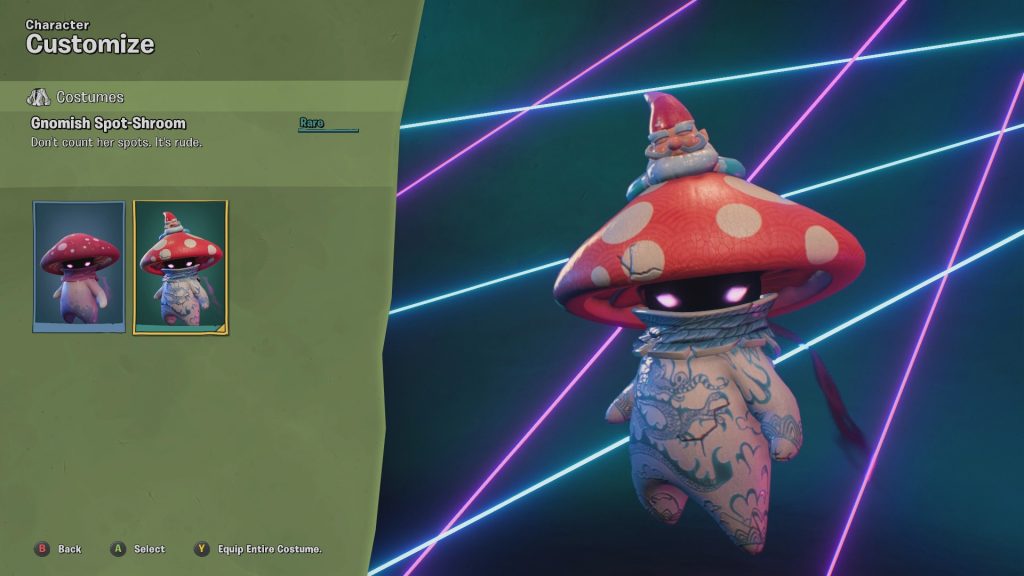 Check out our other Plants vs. Zombies Battle for Neighborville content for more guides and tips.

How to Play Wildflower and TV Head in PvZ: Battle for Neighborville

How to Get Rainbow Stars in PvZ: Battle for Neighborville

All Diamond Gnomes in Weirding Woods – PvZ Battle for Neighborville