The Weirding Woods region in Plants vs. Zombies Battle for Neighborville is filled with all sorts of secrets and collectibles. Just like in the Town Center on the plant side, players can collect three diamond gnomes in Weirding Woods after completing specific challenges. This guide will explain how to collect all three diamond gnomes for players who are hoping to complete every challenge in this region.

The first diamond gnome challenge is found in a cavern just beyond the beach near the starting location. There is a small lever at the top of the stairs that activates the Gnomograph puzzle, which consists of a series of grids featuring light-up switches.

To solve this puzzle, you must look at the symbols along the top and down the left side of each grid panel. The symbols indicate how many lights should be turned on in their corresponding row or column. For example, if a symbol indicates three green squares grouped together, then that corresponding  row or column will have three adjacent lights turned on. If the symbols are separated onto their own blocks, then the lights will have a space in between. 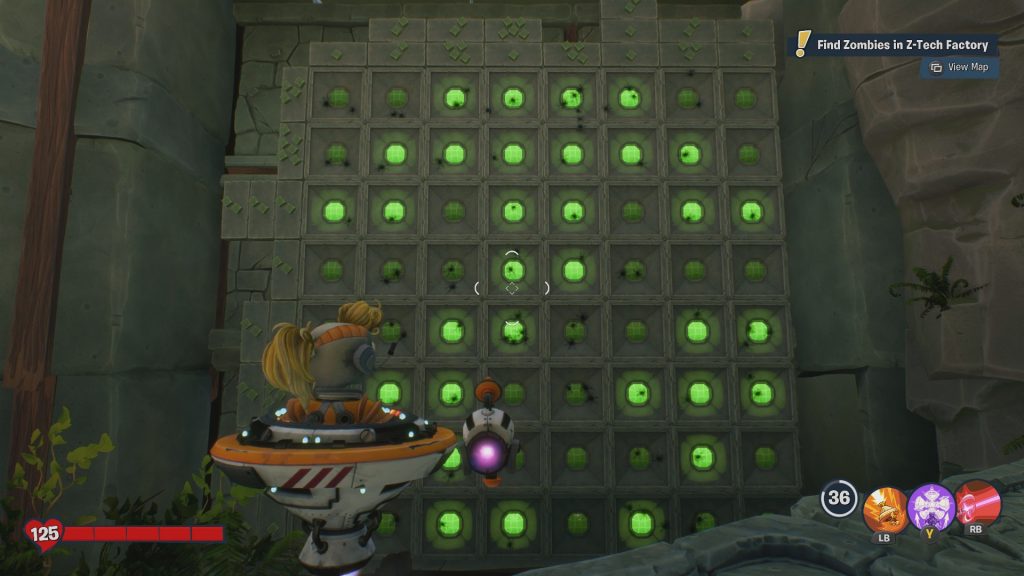 Once you have solved all four grid panels in the Gnomograph puzzle, you can claim the diamond gnome from the cage.

To get the next diamond gnome, you must first complete most of the story quests in Weirding Woods so that you can obtain the Boombox. You must use the Boombox to put Dreadwood to sleep so that you can shoot the glowing heart on the vines and clear the path on the west side of Stirring Swamp.

Once you clear the vines, follow the path and activate the launchpad using the red button along the righthand wall. Launch yourself up onto the tree platforms then jump over to the Captain’s Logs shipping container. Continue jumping up the platforms until you reach the caged diamond gnome at the top. Simply approach the cage to collect the gnome.

Collecting the last diamond gnome involves a brief mini-boss battle with a gnome named Bomber Gnight. Again, you will need to use the Boombox to put Dreadwood to sleep so that you can shoot the heart on the vines and access the boss.

When you’re ready to fight the mini-boss, follow the path east of Z-Tech Factory and look for another vine-covered passage. Shoot the glowing heart to clear the path. Continue forward to reach the boss arena. To begin the battle, you must feed the Gnomolith 50 Marshmallows.

The Bomber Gnight gnome boss will have two invincible bomb minions at his sides. Stay clear of the explosive gnomes while battling Bomber Gnight. We recommend using the Space Cadet for her increased health and her strong abilities in spaceship form. Once the boss is defeated, head to the far side of the arena to collect the third diamond gnome. 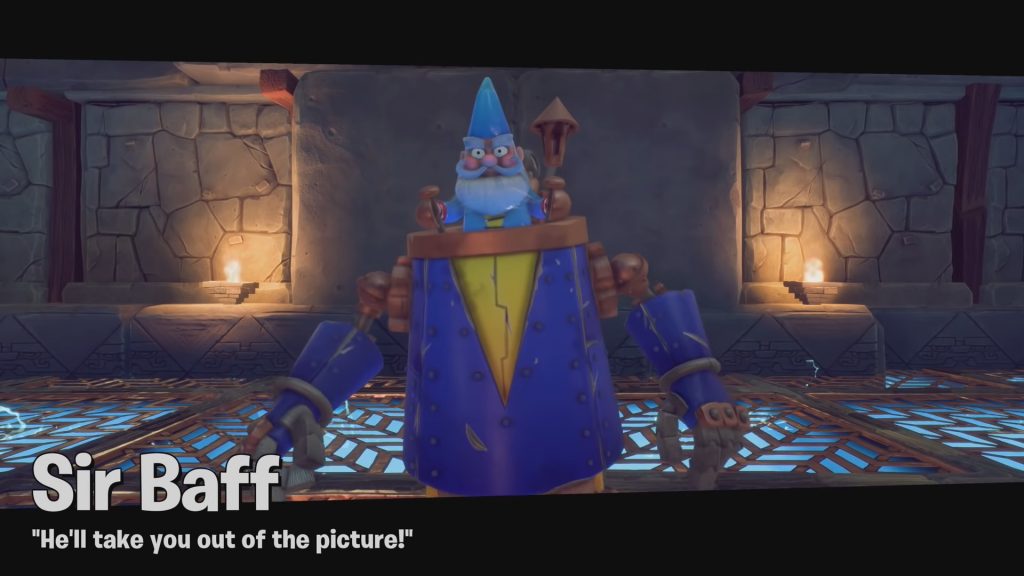 After collecting all three diamond gnomes in Weirding Woods, return to the gnome shrine and unlock the mysterious door in the center to begin the Sir Baff boss battle. Successfully completing this boss fight will reward you with 10,000 coins and a new universal hat. Be sure to check out our other Plants vs. Zombies Battle for Neighborville guides to learn about more of the game’s hidden secrets and collectibles.

How to Play Wildflower and TV Head in PvZ: Battle for Neighborville

How to Get Rainbow Stars in PvZ: Battle for Neighborville