Official rosters in NHL 21 will change as EA updates them. Making sure you have the most current roster is key for starting a new Be a Pro, Franchise Mode, and especially online play. This guide will show you how to get roster updates in NHL 21.

How to Get Roster Updates 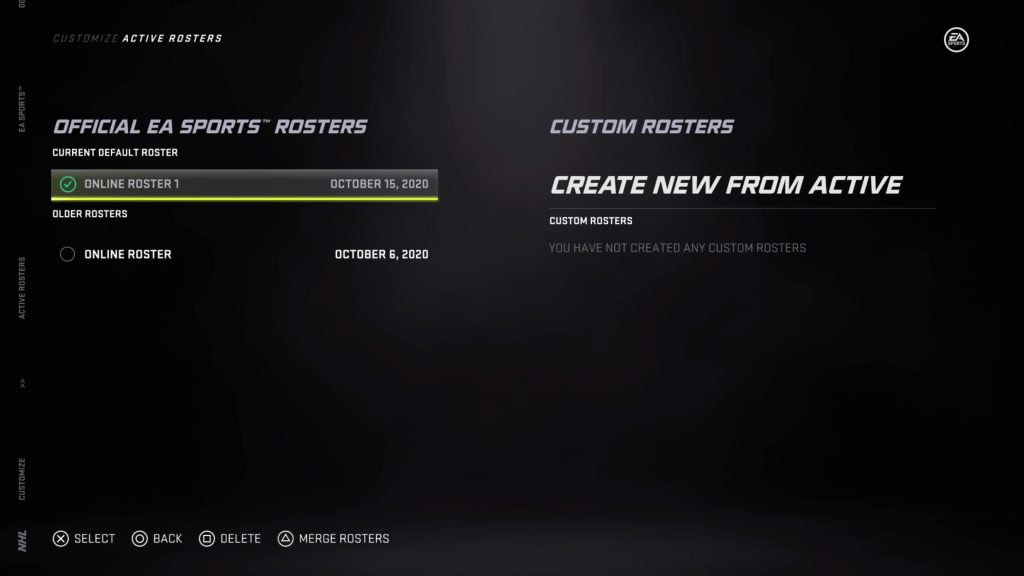 Updates to any game are important, but one update that is crucial to sports games, including NHL 21, is the roster update. This update allows you to play with the most up-to-date roster for every NHL team. Having the most updated roster is required for playing online and should be automatically updated when it is released.

If you want to make sure you have the most recent roster update or download a previous one, it can be found in one place. Once you have reached the menu screen with your Pinned Modes, press down on the directional buttons to enter into All Modes and select Rosters. Unless Rosters is in your Pinned Modes, in which case you can just select it from the main screen.

Under the current roster, you can find older rosters to download and use if you want. Keep in mind that you will need the most current roster to play online. The Active Roster menu also gives you the option to save a custom roster as well.

Now that you know how to change or download the current roster for NHL 21, it’s time to practice the Kucherov Deke.

How to Perform The Michigan Lacrosse Deke – NHL 21

From Alex to Ovi: Episode Two is Now Available