Monster Hunter World offers players a plethora of layered armor for them to customize the appearance of their hunters. Included in that bunch is the ability for players to change their appearance to look like both Geralt and Ciri, two prominent characters in The Witcher series of books, games, and now the Netflix television show. Today, we’ll show you how to unlock the Geralt and Ciri layered armor so you can slay the beasts of Monster Hunter world in style. 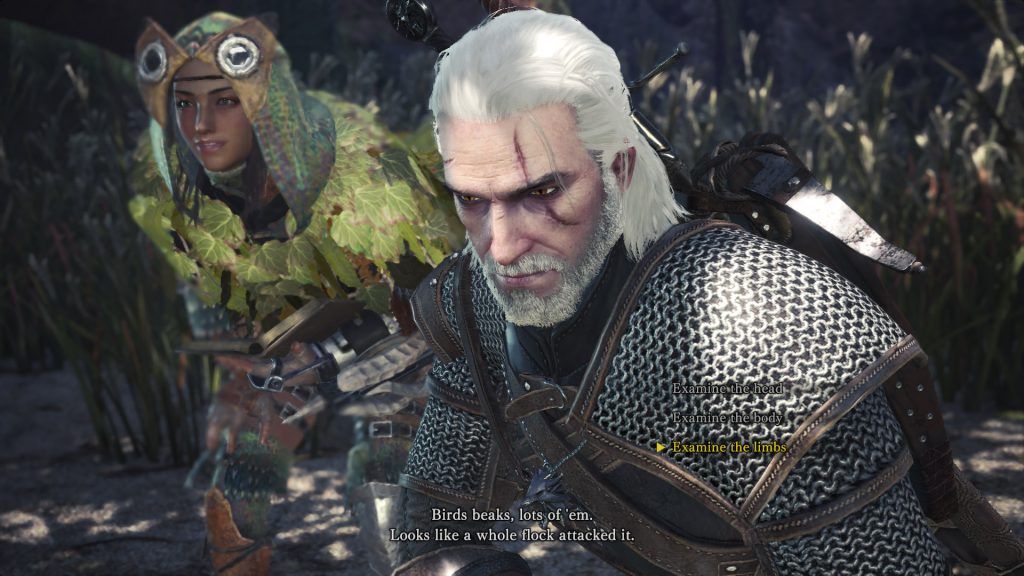 Getting the Geralt and Ciri layered armor in Monster Hunter World requires jumping through a couple of preliminary hoops. Players must complete the Level 9 Special Assignment Contract: Trouble in the Ancient Forest. This quest can be started by talking to a few NPCs huddled together near the quest board in Astera. Once you speak to them, they will take you to the Research Base, and from there players will embark on a single-player quest as Geralt of Rivia from The Witcher 3. Complete that quest to unlock the next phase.

Completing that quest will unlock a Level 9 Event quest called Contract: Woodland Spirit. This quest does have matchmaking, so be sure to fire an SOS when you hit the ground and get through a cinematic. In this quest, players will fight an Ancient Leshen, and it’s no joke. When you complete this quest, carve the beast and check your after-quest rewards. What you’re looking for is something called a Mutagen. Once you get the Mutagen, take it to the Smithy and choose Forge, then Layered Armor. This will give you the chance to craft the Geralt and Ciri layered armor in Monster Hunter World.

The catch here is that one Mutagen is required for each set, so you need two. Luckily, you can run the Contract: Woodland Spirit quest as many times as you’d like to farm for it. We were lucky enough to get two Mutagens on our first attempt, meaning we theoretically won’t need to run that quest again.

Once you’re done crafting the Geralt and Ciri layered armor, visit our Monster Hunter World topic to keep tabs on the latest news and guides.

How to Get a Black Eagle Blueprint – Monster Hunter: World

How to Get the Celestial Wyverian Print in Monster Hunter World: Iceborne