Hitman 3 allows players to import their save progress and unlocks from both Hitman 2 and Hitman (2016). It’s a beautiful system that allows for wild experimentation when taking old weapons and gadgets to the new game, or new items to the old game. One of the most overpowered weapons – classified as a Tool – is the ICA Electrocution Phone, but where is it in Hitman 3? Can Hitman 3 players unlock this phone? 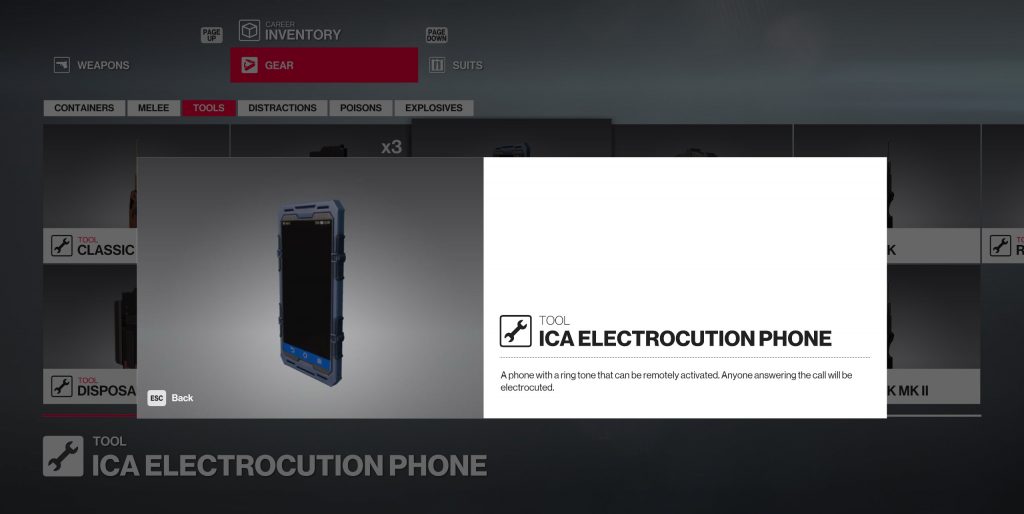 The ICA Electrocution Phone was introduced in Hitman 2.

Hitman 3 does not have the ICA Electrocution Phone. Furthermore, Hitman 2 players that unlocked the phone cannot import it.

Note that there are a small amount of items/unlocks that are not carried over through this process, such as the rewards unlocked through the HITMAN 1 GOTY Escalations, because they are linked to a purchase. Those items will be available in HITMAN 3 when you redeem access to the associated content. In addition, the ICA Electrocution Phone has been retired and will not be available in HITMAN 3.

The quote above is found in the Hitman 3 pre-launch guide released by IO Interactive. The post only mentions the phone, although a small number of items apparently didn’t make the cut. It makes sense, though; This device was easy mode. Players could drop it somewhere that a target would see it, at which point they’d pick it up off the ground. A person would be electrocuted if they answered the phone. It was a solution too easy for too many problems that had more creative and unique answers. This was especially true with Elusive Targets.

Players can’t unlock the ICA Electrocution Phone in Hitman 3. Wannabe Agent 47’s shouldn’t worry, though, as many more nifty items are available in the game. Check out our Hitman 3 topic page to browse through more Agent 47 content, and embrace the opportunity to come up with more unique and creative ways to take out your targets, agent.

How to Unlock the Goldballer – Hitman 3

Unlock the Classic Lockpick in Hitman 2