Trust us when we tell you that we became extremely frustrated trying to find the Helicopter Key on the Dubai map in Hitman 3. We knocked people out. We shot people. We poisoned people. We searched high and low, but apparently not low enough. In this guide, we’ll save you the frustration we endured and tell you where to find the Helicopter Key in Dubai. 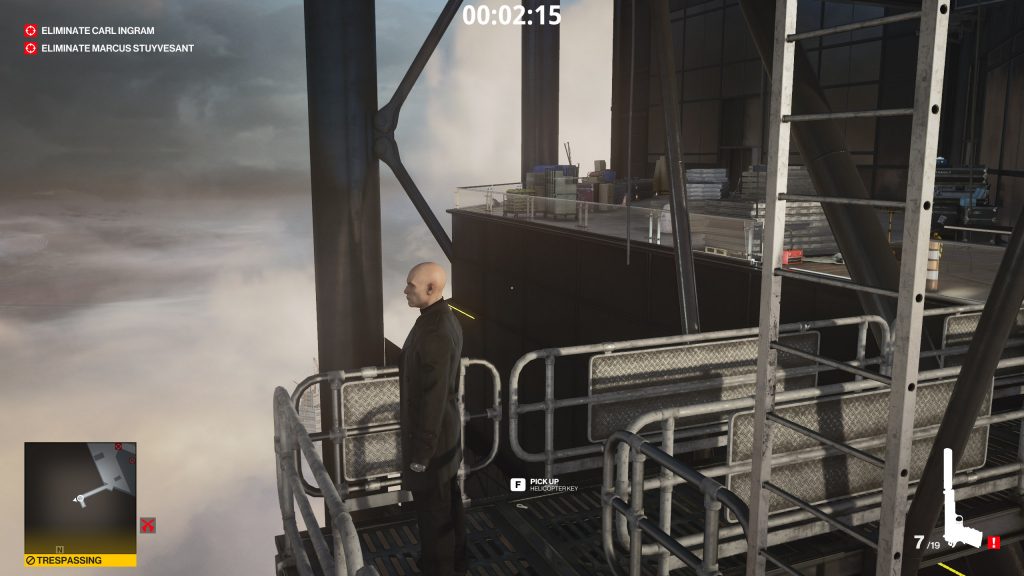 The Helicopter Key is found underneath the helipad in Hitman 3. That’s right, when you’re standing on the helipad next to the helicopter, move towards the edge where the two guards normally stand and look for a ladder. Slide down that ladder and just a few feet from the base will be the key lying on the ground. Pick it up and, assuming you’ve killed your targets, climb back up the ladder and you can exit the mission using the helicopter. This will unlock the Rotor Ready Challenge for Dubai assuming you don’t already have it.

It’s almost silly, isn’t it? Such a valuable thing would certainly be in the pocket of some high-profile NPC, right? If not that, it must be locked in a safe, or at least sitting on a desk in a heavily guarded area? Nope. The Helicopter Key in Dubai is quite literally a few feet underneath the helicopter, barely guarded at all if you are even a little bit sneaky.

Now that you know how to find the Helicopter Key in Dubai, be sure to visit our Hitman 3 page on Guide Stash for more help with this and all other things related to Agent 47 and his shenanigans. If something as silly as this can throw you off in the first mission, imagine what else IO Interactive has in store as the story unfolds.

How to Unlock the Goldballer – Hitman 3

Is the ICA Electrocution Phone in Hitman 3?