You’ve danced inside of a holographic tomato head and holographic Durrr Burger head. Now, it’s time to bust a move on top of a giant dumpling head in Fortnite. Doing so will complete the third and final stage of Week 4’s fast food challenge for Season 9. Let’s get to it so you can earn your Battle Stars and be on your way.

Where to Dance on Top a Giant Dumpling Head

The final stage differs from the previous two stages in that the giant head you’re looking for is not holographic. The giant dumpling head is a solid object, so you’ll have to either land on top of it or build a ramp up. 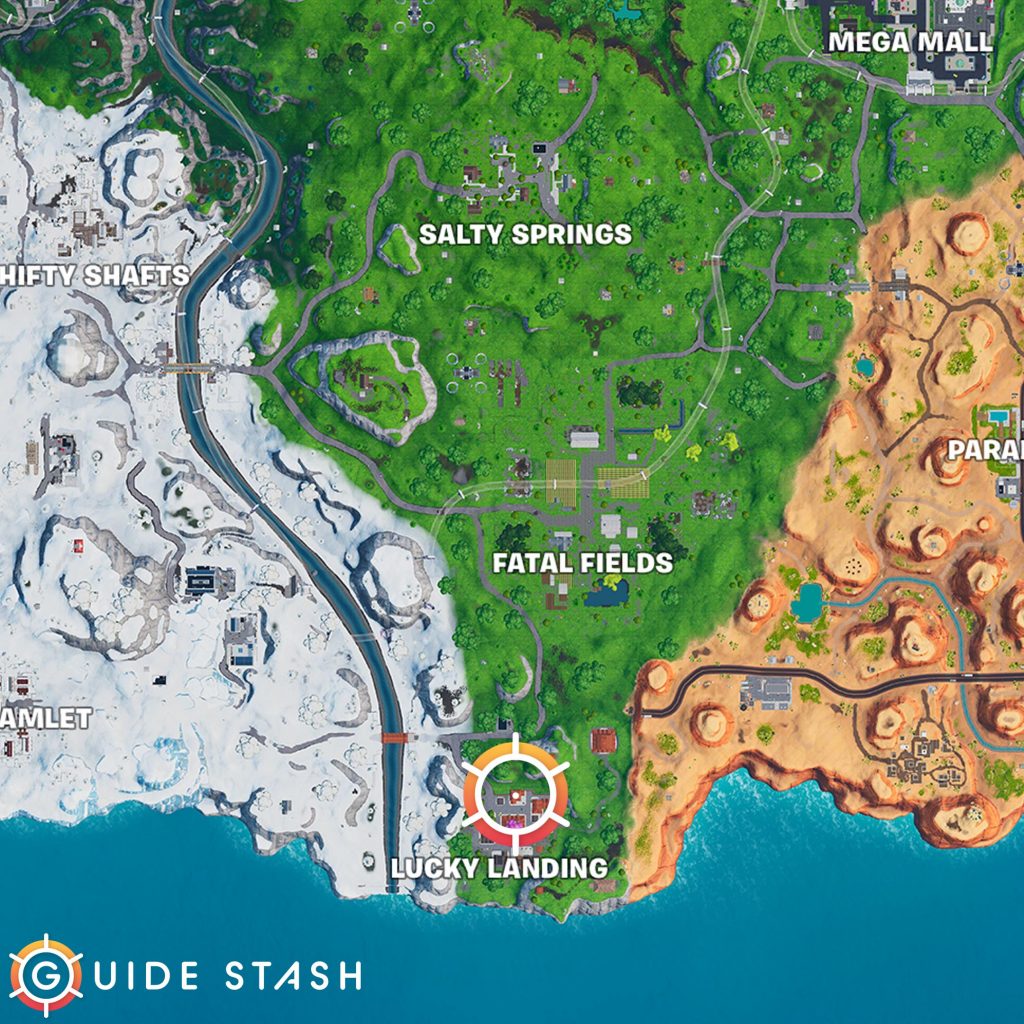 The giant dumpling head is rotating on top of a building to the north of the large cherry blossom tree. It’s pretty easy to spot when approaching the area from the north. Simply build your way up to the top of the dumpling head and use one of your dance emotes to complete the final stage of this challenge. Alternatively, you can land directly on top of this building from the start to get the challenge out of the way.

If you’re still powering through some of the other weekly challenges in Fortnite, you may want to check out our Fortnite guides to get a leg up on some of the more difficult ones. There’s still plenty of time to collect Fortbytes as well, so be sure to stay on top of those throughout Season 9.

Where to Dance in a Holographic Tomato Head in Fortnite

Where to Visit Different Clocks in Fortnite

Where to Dance at Beach Parties in Fortnite