Get your dance emotes ready, because one of Fortnite’s Week 9 challenges for Season 8 involves dancing at different locations around the map. If you’re reading this guide, then chances are you’ve already busted a move between three ice sculptures. The next step is to dance between three dinosaurs in Fortnite. We’ll show you just where to go.

For quick reference, here are our guides for the other two stages of this challenge: 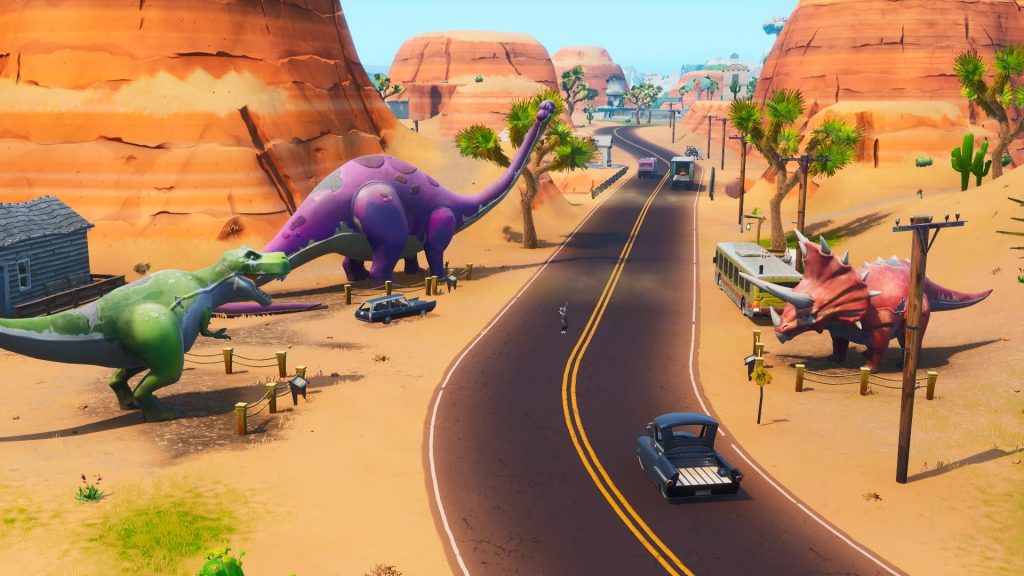 Stage two of this dance challenge requires players to dance in between three dinosaurs in Battle Royale. If you’re familiar with the Fortnite map, then it should come as no surprise that the three dinosaurs in question are found in the desert on the southeast section of the map. We’ve circled the location below. These colorful dinosaur statues have been looming over the roadway ever since the desert biome was added to Battle Royale back in Season 5. 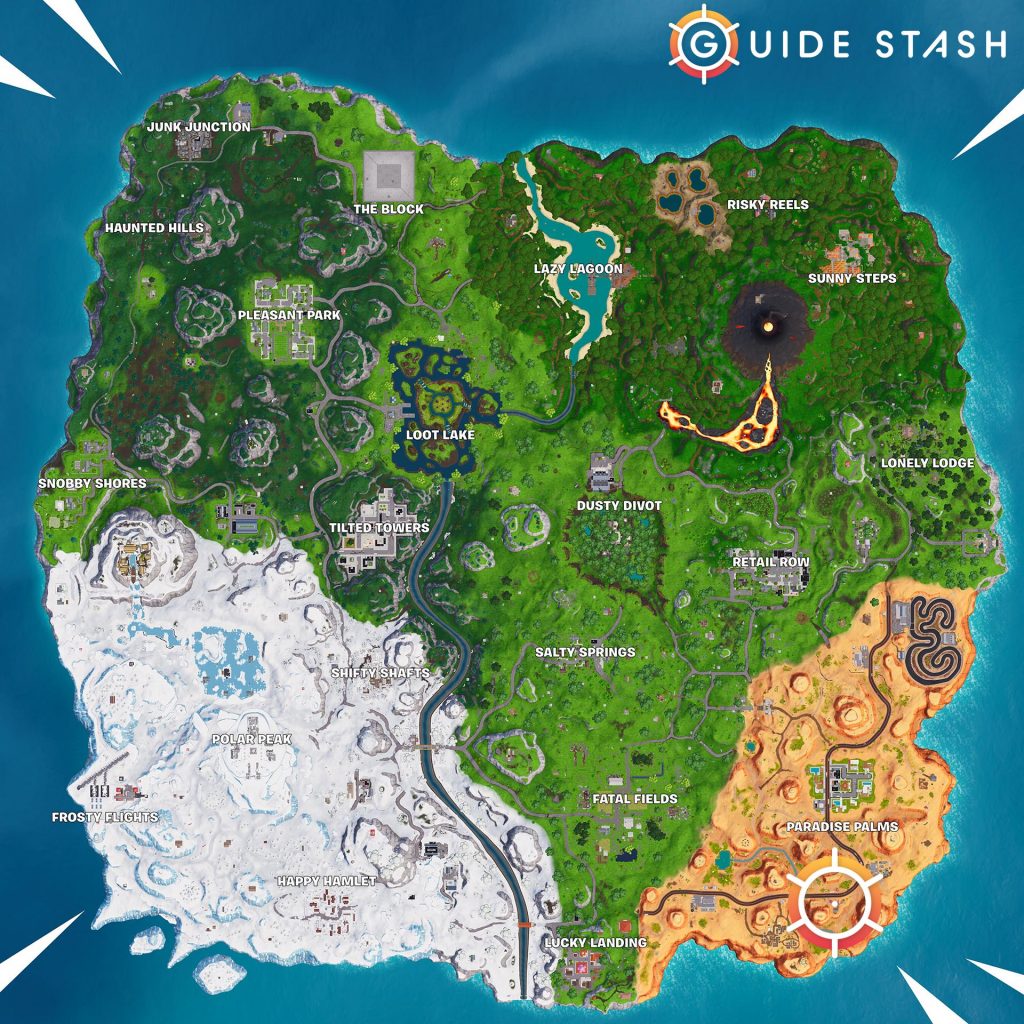 There are three dinosaur statues found along the highway leading south away from Paradise Palms. More specifically, you’re looking for a giant T-Rex, Brontosaurus, and Triceratops. When you find these three colorful dinos, stand somewhere in between all three of them and use a dance emote. This should trigger a challenge notification, unlocking the third and final stage of the challenge.

Head over to our guide on where to dance between four Hot Springs in Fortnite to finish up the last stage of this challenge and get one step closer to unlocking the Luxe skin for Season 8.

Where to Dance Between Four Hot Springs in Fortnite

Where to Dance Between Three Ice Sculptures in Fortnite

Where to Search for Jigsaw Puzzle Pieces in Fortnite

How to Dial the Durrr Burger & Pizza Pit Numbers in Fortnite