By Larryn Bell on Nov 21, 2019 at 10:28 pm. Filed in Guides under Fortnite.
Share Tweet Save to Stash Google+ Email WhatsApp

Spot the “T” in the Trick Shot loading screen? Here’s where to find it in-game.

If you’ve diligently completed eight of the Trick Shot challenges in Fortnite, then it’s time to find and collect the hidden letter in the Trick shot loading screen. Not to be confused with the other hidden “T” in Fortnite, this letter is the one specifically for completing the Trick Shot challenges. We’ll show you where to spot the letter in the loading screen and where to search the hidden “T” in-game.

The Trick Shot loading screen depicts the 8-Ball and Scratch characters facing off near a river. If you look closely at the bridge in the distance, you can see the blue letter “T” hovering beneath the bridge’s wood beams. 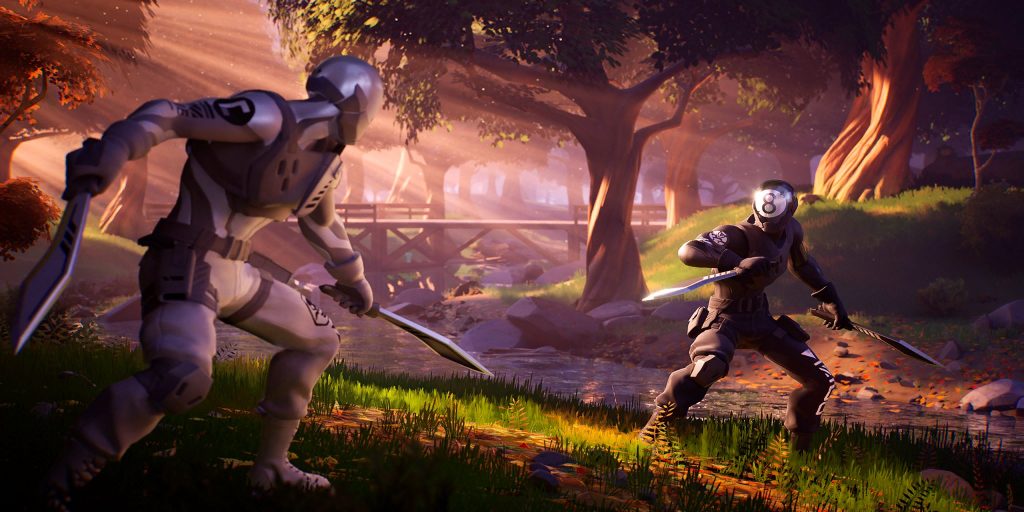 The scene in the Trick Shot loading screen takes place along the river that runs through Weeping Woods. Look for the bridge near the northern edge of the named location, in map grid section C5. The hidden letter “T” should appear as you get closer. Search the letter and complete the match normally to round out the last task for the Trick Shot challenge set. 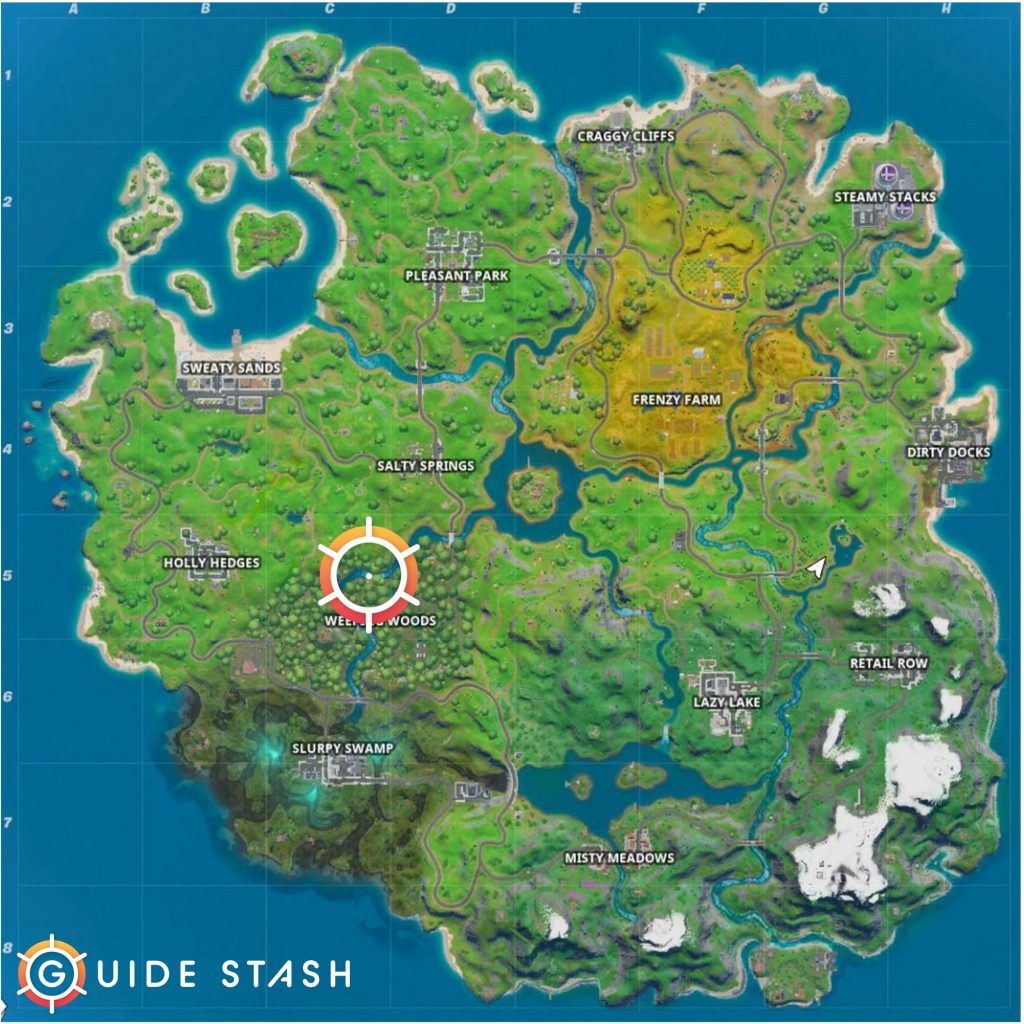 Keep in mind that you need to have completed at least eight of the Trick Shot challenges and have unlocked the loading screen in order to find the hidden letter in-game. This goes for all of the previous loading screen letters as well. Eventually, the letters will spell out the word “FORTNITE”. Collecting all of the hidden letters in Fortnite will reward players with the Sorana legendary outfit.

Fortnite is the living, action building game from the developer formerly known as Epic MegaGames. You and your friends will lead a group of Heroes to reclaim and rebuild a homeland that has been left empty by mysterious darkness only known as “the Storm”.