Fortnite Chapter 2 is upon us, and players who have been diligently completing the first week of missions want to know where to search for the hidden F in the Fortnite New World loading screen. Even if you’ve unlocked the loading screen, you may have trouble figuring out where to find the letter F. Don’t worry, this guide has got you covered.

Upon completing all eight New World missions in Fortnite Chapter 2, players will unlock the New World loading screen. The image depicts several Fortnite characters standing on a hill overlooking the waterways near Lazy Lake. You’ll need to head to this named location to find the hidden letter F in Fortnite.

The hidden F is located just east of Lazy Lake, on a small hill in a discreet patch of dirt. For those who haven’t visited Lazy Lake yet and still have it grayed out, you can find it in the southeast part of the map. Lazy Lake is just west of Retail Row and northeast of Misty Meadows. We’ve marked the location of where to find the hidden F on the map below. 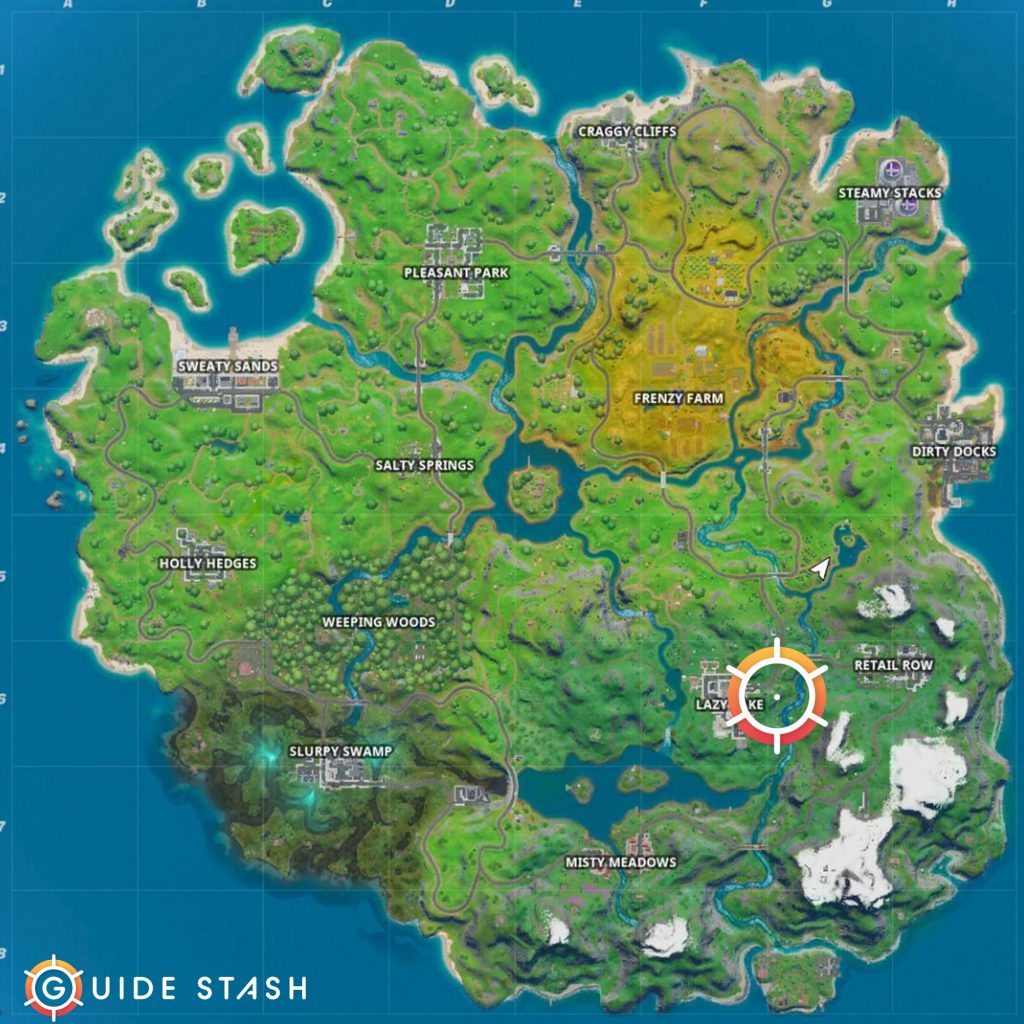 Keep in mind that you’ll need to have completed all of the New World missions and unlocked the loading screen before heading to the hidden F location in Fortnite. It’s safe to assume that each set of challenges will reward players with a loading screen that contains one of the letters in the word ‘Fortnite’. Stay tuned for more hidden letter locations.

For more Chapter 2 guides, check out some of our other Fortnite content. We also have a guide on how to change the screen size of Fortnite for those of you having issues with this on consoles and PC.

Where is the Hidden “O” in Fortnite Chapter 2?

All Motorboat Locations in Fortnite

Consume Foraged Apples at The Orchard in Fortnite

Where to Consume Foraged Items in Fortnite

Where to Find E.G.O. Outposts in Fortnite