Fortnite now has a new ping system that players can use and it’s all thanks to the genius work that went into Apex Legends. Added in the season 8 update, the new ping system lets players highlight items on the ground, point out locations in the environment, and even alert their teammates of enemy locations.

How the Ping System Works

The ping system in Fortnite is like a cut-down version of the ping system in Apex Legends. Players can ping an item on the ground to mark it, doing this tells players where a gun or some ammo can be found. Pinging an item will also show that item’s icon as well as its rarity. It’s also possible to ping a wall or floor. Doing this will inform players that this is a location worth searching or defending. Finally, players can ping enemies or double-ping a location to mark that an enemy is nearby. 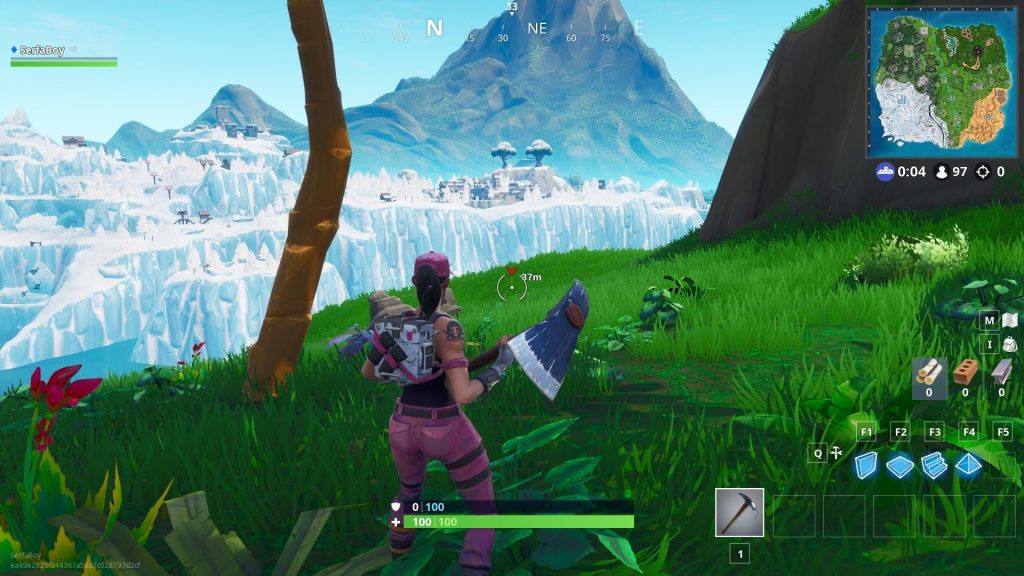 Careful use of the ping system will ensure that information is passed to allies in a quick and concise manner. It can be easy to get caught up in the moment and forget to say critical information or sometimes someone might not even have a microphone. This new ping system ensures that communication between teammates is quick and easy.

How to Use the Ping System

Whether you choose to play on PC, Xbox One, Nintendo Switch, or even PlayStation 4, Fortnite’s ping system is incredibly easy to use. For most PC players, the ping system will be immediately recognizable. Click the mouse wheel (middle mouse button) to place a ping. Click the mouse wheel twice to put down an “enemy seen” ping. For players on Xbox One, PlayStation 4, and Nintendo Switch, it’s just as easy:

PlayStation 4 players will need to use left on the D-pad, too. The same rules apply for the PS4 users as it did for Xbox One. Use single pings to mark locations and items and use double-pings to call out enemy whereabouts.

Finally, players on Nintendo Switch can use (you guessed it) left on the D-pad to ping. The same functionality applies to the Switch as it does to the Xbox One and PS4: one button press for a normal ping and a double button press for an enemy notification.

Fortnite’s new ping system is incredibly helpful, especially during intense battles or when small bits of information need to be shared quickly. Remember to use the ping system, as doing so will surely help you win more battles! Be sure to check out Guide Stash’s Fortnite Season 8 guides, such as all pirate camps and giant face locations.

How to Play Split-Screen Multiplayer in Fortnite

How to Get the Stay Smooth Spray in Fortnite

Where to Dance or Emote Between Two Food Trucks in Fortnite

Where to Visit All Sky Platforms in Fortnite

When Does Fortnite Season 9 Start?