Last weekend, Epic Games hosted a special in-game Unvaulting event to close out the end of Season 8 in Fortnite. Players who queued up for a match in Fortnite at a specific time had the opportunity to partake in the event and witness various map changes for Season 9 firsthand (R.I.P. Tilted Towers).

While many players got the chance to participate in the Season 8 Unvaulting event and cast their votes, a lot of players had trouble getting into a match queue and subsequently missed out on witnessing the Unvaulting firsthand. Although he event is over, Epic has found a way to allow players to rewatch the event from within the game client as a replay. We’ll explain how to replay the Unvaulting event in Fortnite in a few simple steps.

Epic has created a replay file of the Unvaulting event in Fortnite so that players who missed out can still witness the events unfold from a player perspective. This essentially involves downloading Epic’s replay file and adding it to your Fortnite replay folder so that you can watch it from within the game client. You’re basically rewatching the VOD of a match during the Unvaulting event, as if you had played the match yourself.

How to Replay the Season 8 Unvaulting Event

Before you can replay the Unvaulting event from the Fortnite game client, you must first download the Unvaulting Event replay file from the Epic Games website. The file should be named “TheUnvaulting_Event.replay”.

These instructions are for replaying the file on PC, though there may be a way to do this on consoles as well. Once you have downloaded the replay file, follow the steps below to watch it from within the game client. 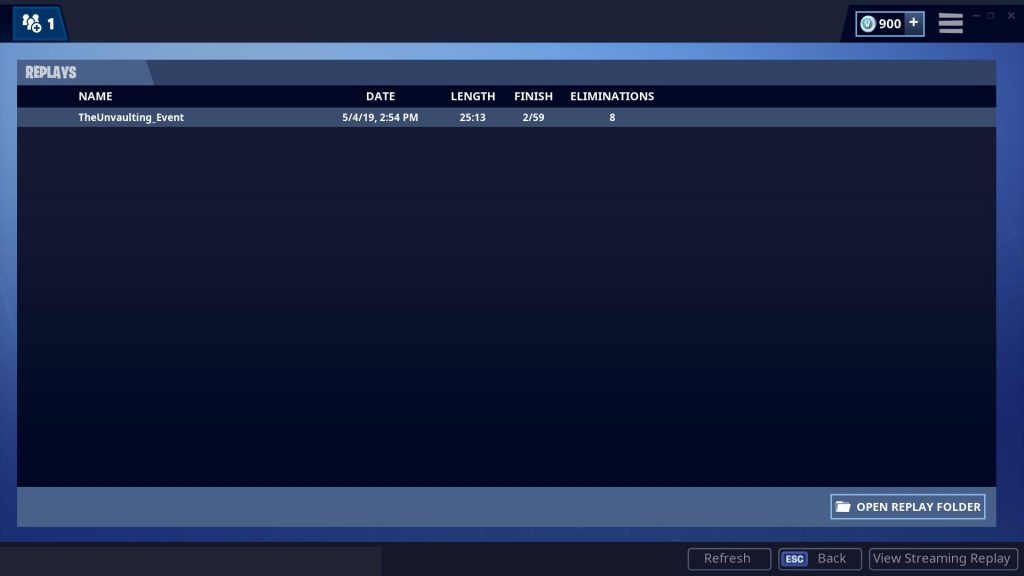 Although you won’t be able to directly participate in the action, watching the replay is the next closest thing to being at the event itself. If you don’t want to bother with the steps above or if you don’t play on PC, then you can always just watch a YouTube video of the event, such as the one below from KingJoe83.

We’re just days away from the start of Season 9 in Fortnite, which means you still have some time to finish up any remaining Battle Pass challenges. Head over to our Fortnite guides to knock out some of the game’s trickier challenges.

How to Use Treasure Maps in Fortnite

Where to Dance at Beach Parties in Fortnite

Where to Dance in a Holographic Tomato Head in Fortnite