Fortnite has been rolling out several versus challenges leading up to the end of Season 1 of Chapter 2. For the 8-Ball vs. Scratch challenge set, one of the missions requires players to dance at Rainbow Rentals, Beach Bus, and Lake Canoe in Fortnite. Read on to find out where to dance at these three landmarks and earn some quick Season XP.

This is a pretty standard mission in Fortnite. All you have to do is dance at each of the designated landmarks to complete the challenge. However, the tricky part is knowing where to go to find each landmark, as they are not the same as named locations.

The three landmarks in question are spread out pretty far from one another on the map. We’ve circled each landmark on the map below. You don’t have to dance at all three in the same match. When you reach each location, simply use a dance emote to make progress on the challenge. 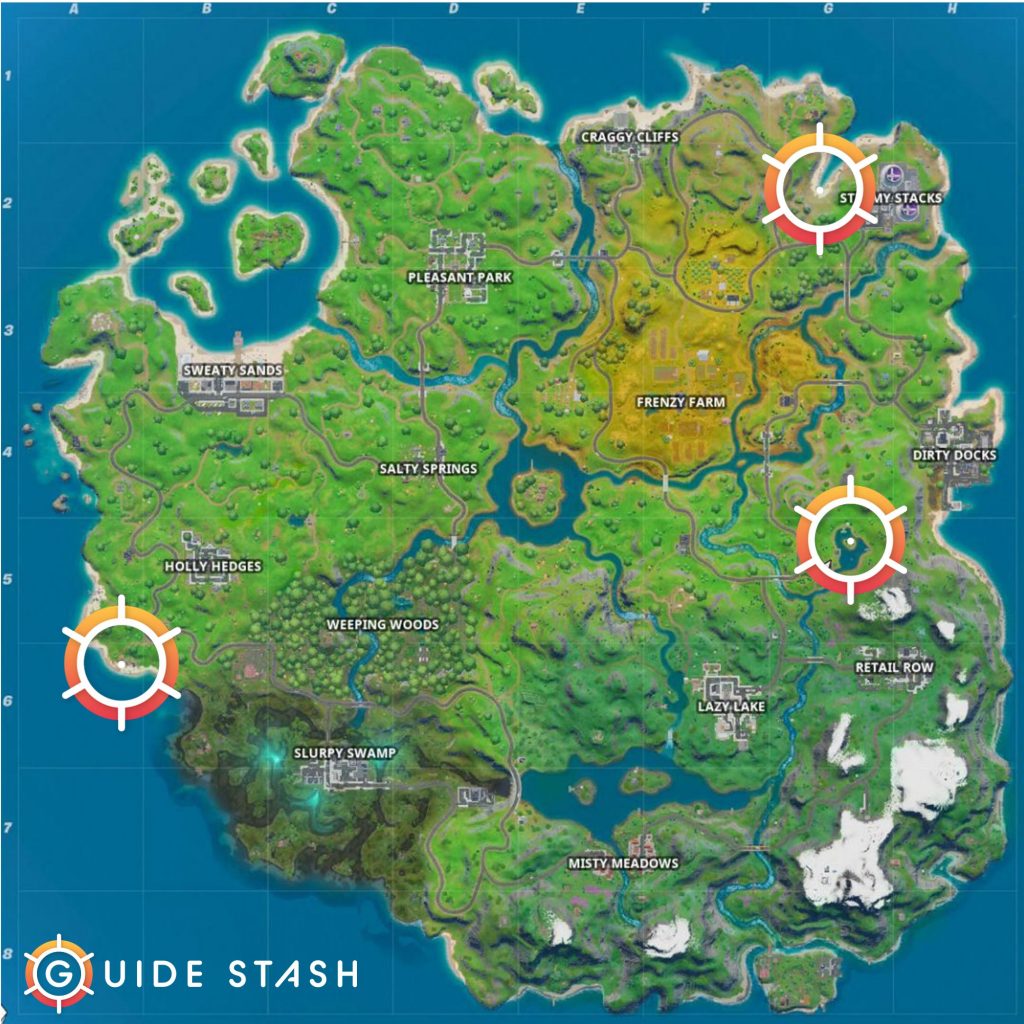 As usual, we suggest completing this challenge in Team Rumble, as there will be less opponents to contend with. You can probably make it to Lake Canoe and Beach Bus in the same match quite easily; it’s just the Rainbow Rentals landmark that is a bit out of the way.

Be sure to check out our other Fortnite Chapter 2 guides to learn how to level up before the end of Season 1 in February.

Where to Visit Food Trucks in Fortnite

Where to Light Frozen Fireworks in Fortnite

Where to Search Ice Boxes in Fortnite

Consume Foraged Apples at The Orchard in Fortnite