Where to Find Servitors on Europa 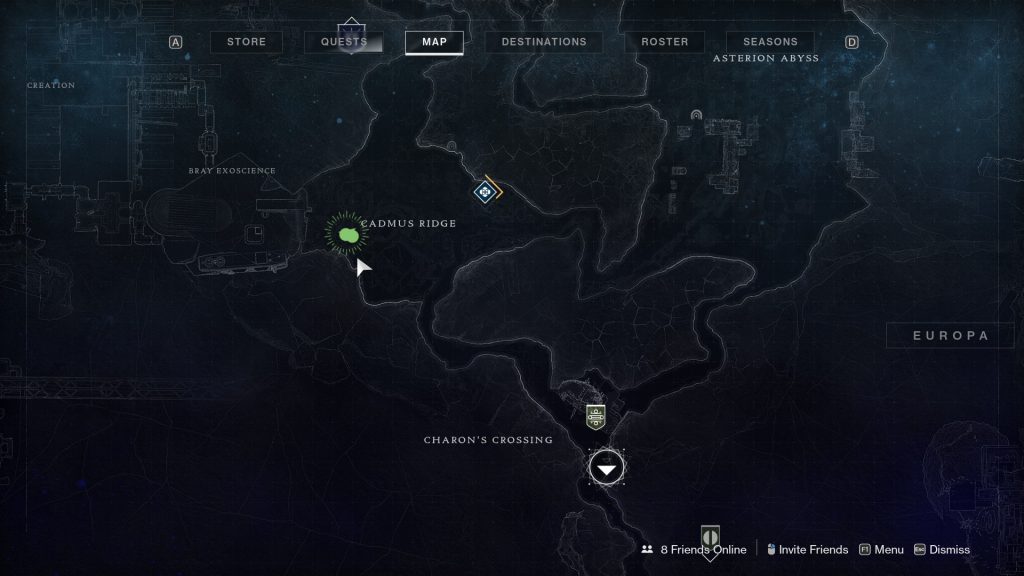 The Fallen have taken to the planet Europa and have the power of the Darkness with them. While all the Fallen on the Europa need to be defeated, a certain quest will require Servitors to be defeated. Defeating them is the easy part, and finding them will take you on a journey.

One place in Europe spawns Servitors quite frequently and can be easily defeated this way. When Guardians arrive on Europa, they land in Charon’s Crossing, where Veriks is stationed.

After arriving on Europa, players will need to summon their sparrow and head straight towards Cadmus Ridge. Upon reaching Cadmus Ridge, a platform will be located on the left. Head to the top of the platform to keep an eye on two key spots.

The two key spots are the cliffside overlooking the platform and the landing strip below the platform. These two areas are the main Fallen Skiff landing spots, with the platform being a third. Make sure to clear each area of any Fallen to properly keep the Skiffs from dropping off more enemies.

Servitors should spawn with every other Skiff that drops off any Fallen and are the opposite side of the Fallen Captains that you will need for a quest. This area is great for defeating any Fallen enemy that may stand in your way.

Stay tuned to Guide Stash and the Destiny 2 archives for all of your guides and news.

Where to Find Fallen Captains on Europa – Destiny 2