Transversive Steps may not be a go-to item for a lot of content in Destiny 2, but they do have their strong points. For any Warlock looking to round out their collection, this set of Exotic boots is worth purchasing, even if they’re only going to be used to unlock some Pinnacle weapons. Let’s take a look at what makes these boots click. 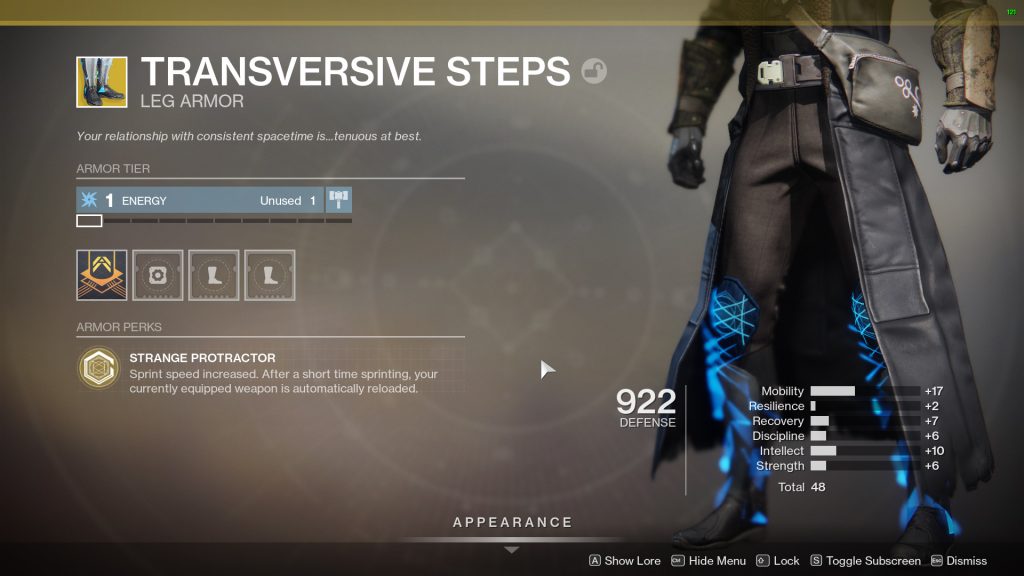 Transversive Steps offer a lot of utility to Warlock players.

The Transversive Steps are an attractive set of Warlock boots that made their way over from the original Destiny. These boots don’t offer many offensive capabilities, but they do make up for this with some great utility.

Firstly, having increased sprinting speed is helpful in both Crucible and PVE activities. In Crucible, being able to move faster than your opponent lets you get out of trouble faster and relocate to allies when surrounded. In PVE, it means being able to move between raid mechanics faster, helping to ensure better clears.

The second part of the Exotic perk is underrated. After sprinting for a moment, the weapon you’re holding gets reloaded. A little clicking noise is made when this happens, at which point you can switch to another empty gun and sprint to reload it too. The applications in both PVP and PVE are apparent.

In terms of its affinity, Transversive Steps are Arc, meaning an affinity with Pulse Rifles, Shotguns, and Swords. Armor 2.0 is a bit of a tricky beast to master, so consider doing some research before plugging in any mods.

Best Way to Use Transversive Steps 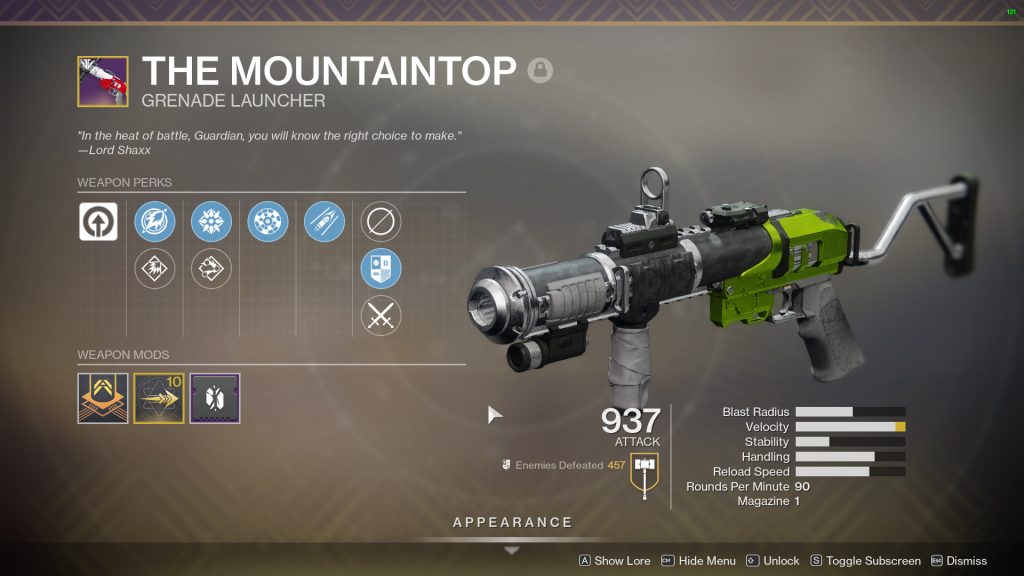 Getting Grenade Launcher kills for The Mountaintop quest is made easier with Transversive Steps.

As for actually using Transversive Steps, there’s really no wrong way to sprint. However, most players will likely find these invaluable when attempting to unlock The Mountaintop. This lengthy quest requires players use Grenade Launchers to net kills in Crucible. Single-shot GLs take a while to reload, but with these boots you’ll skip over a lot of that downtime while being able to shift to the next group of enemies.

Similarly, in PVE content it’s helpful just to be able to sprint around and have your Machine Gun reloaded and ready to go. Quickly reposition, and when you reach your spot, you’ll be ready to start shredding through enemies again.

Transversive Steps might not be the most overpowered Warlock Exotic piece out there, but they’re certainly worth picking up. The benefit of having your equipped weapon reloaded after a short sprint shouldn’t be overlooked, especially in Crucible. Be sure to head over to the Guide Stash Destiny 2 archive for even more Exotic armor and weapon tips!