Season of Dawn is finally here and Bungie has brought new weapons for guardians to collect. This guide will show you how to get the Buzzard Sidearm in Destiny 2. 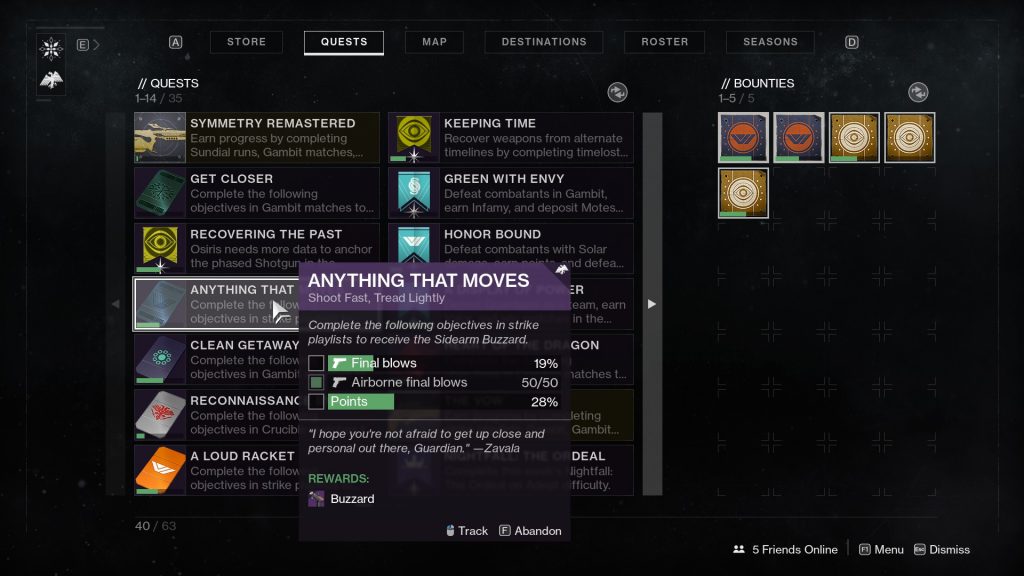 A new season means new ritual weapons as your reward for taking on a special quest. Once you’ve loaded into the Tower for Season of Dawn, make your way to Zavala to pick up the Anything That Moves quest.

The requirements for the Anything That Moves quest are as follows:

Obtaining Buzzard requires players to use Sidearms for it to count towards progress. The Sidearm recommended to use is an exotic called the Rat King. Airborne final blows are annoying to get, but the easiest objective to finish. It will take time to finish the other two objectives, but can be done faster in higher difficulty Strikes.

The Buzzard Sidearm can come with these perks:

Osmosis is a brand new perk that will change the damage of the weapon to what class you are using once you use your grenade. Osmosis is an interesting perk and time will tell if it is useful.

The Buzzard will be another great addition to your already stocked arsenal. Check out our Destiny 2 archives for even more guides.