Starfire Protocol is an underdog in the Destiny 2 Exotic armor game. Most Warlocks will tend to stick to one or two specific pieces, but it’s worth considering this chest armor. There are a few reasons why Starfire Protocol is worth using in both PVE and PVP, so let’s dive right in. 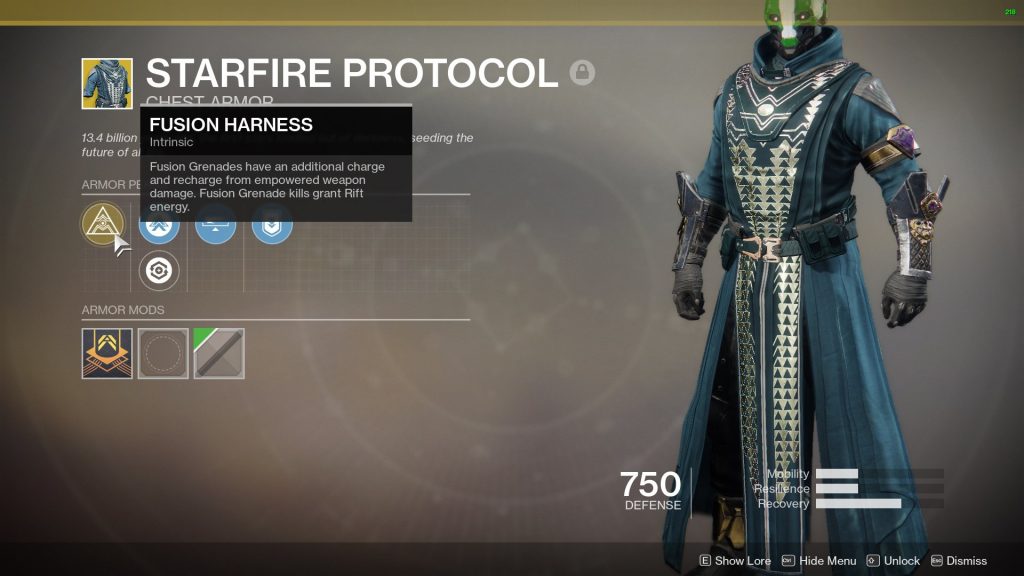 Starfire Protocol is an under-used Exotic that is worth checking out for its healing potential.

As far as Exotics go, Starfire Protocol is one of the more visually striking pieces. Unfortunately, Starfire has receiced little attention thanks, in part, to the current state of grenades. In saying that, the main perk is worth investigating:

The first part is simple, so long as you have Fusion Grenades selected, you receive two. The second part, about empowered weapon damage recharging grenades, can refer to both the Empowering Rift, the Well of Radiance, and the Attunement of Grace charged melee ability.

Finally, Fusion Grenade kills grant Rift energy. This isn’t a small bump in energy, this is an entire Rift. If you can get grenade kills, you can get three Rifts out within a few seconds.

Best Way to Use Starfire Protocol

On the surface, it may appear as if Starfire Protocol isn’t an Exotic piece worth using. The reason for this is that Fusion Grenades aren’t what they used to be in Destiny 1. They no longer one-hit kill a Guardian and deal little damage to PVE combatants – so why would you want two of them? 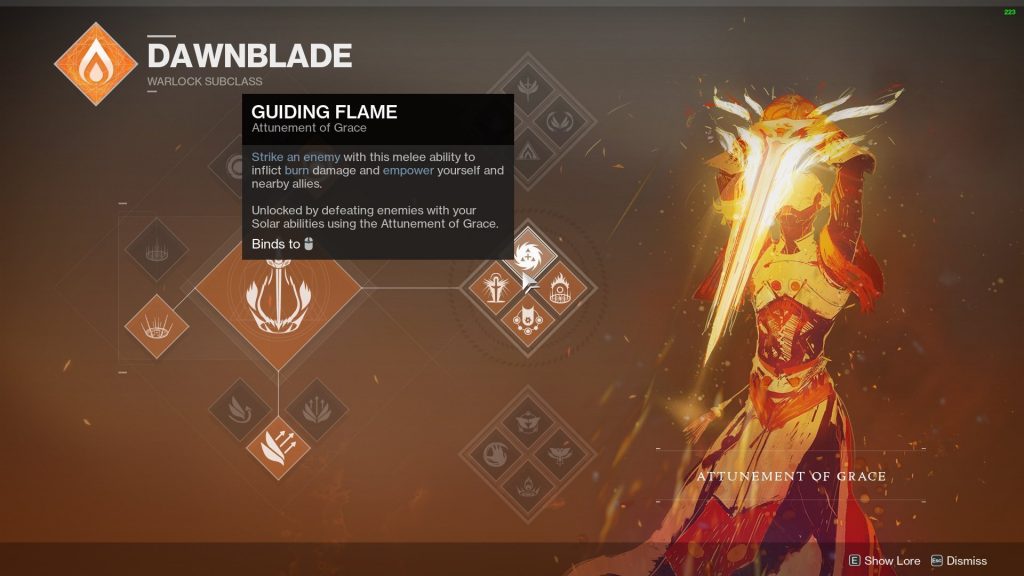 Using the Attunement of Grace, you can synergize the Guiding Flame melee to have your grenade recharge even faster.

However, with the addition of Forsaken, the Warlock Dawnblade received the Attunement of Grace, the subclass tree associated with the Well of Radiance. This subclass allows a Warlock to charge a grenade, turning it into a blessing that heals allies and grants an overshield. This addition inadvertently buffed Starfire Protocol.

By using this Exotic chest piece, you can have two healing grenades up at any point in time. This keeps you alive for longer in Crucible by allowing you to quickly recover and push an injured opponent. Mix this with the new Demolitionist perk on guns and you can have your grenades back extremely quickly. Furthermore, healing or empowering allies makes your grenades recharge faster.

Throw in the new Lumina Exotic Hand Cannon and you’ve got untapped healing potential for PVE content. In Crucible, you will become incredibly difficult to kill, allowing you to easily overwhelm your opposition.

To make it even better, by using an Empowering Rift or the charged melee of the middle tree, you will become Empowered. Any kills while Empowered will provide a significant bump in grenade energy. This sets up a perpetual cycle of grenades, Rifts, and being Empowered – which means a higher damage output.

Starfire Protocol is certainly an underdog in Destiny 2 at the moment. Take it for a spin in Crucible and use your grenades defensively to heal and protect yourself. You’ll find that Starfire Protocol performs better as a support or defensive option rather than an offensive Exotic chest piece. For more Exotic armor guides, check out the Guide Stash Destiny 2 page.