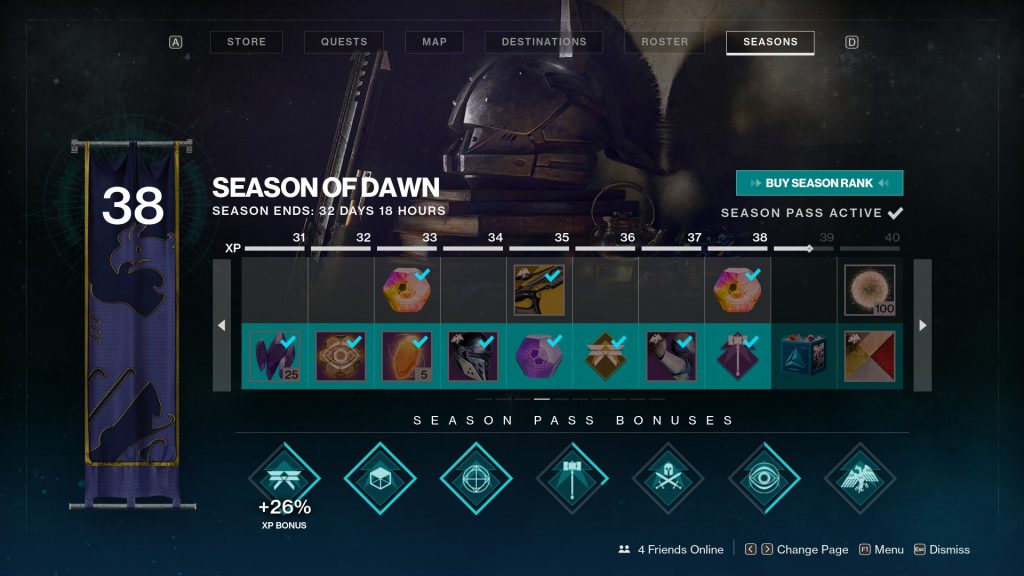 Our journey to rescue Saint-14 began December 10, 2019, and the end date is quickly approaching. Seasons in Destiny 2 replaced the Annual Pass which was deemed unsustainable due to the strain it was putting on the Bungie development team. Seasons are roughly three months long and, while the end date isn’t listed on the Bungie website, it can be found in the seasons tab when you open the Director. A timer is displayed showing just how much time is left in the current season.

Season of Dawn is scheduled to end on March 10, 2020, reset. This means some activities, weapons, and armor will be taken out of Destiny 2 and replaced with new ones.

The next season has not been announced by Bungie but should be in the next coming weeks. As of February 6, 2020, you have a month to finish off Season of Dawn and to get to Season Rank 100 to obtain all the rewards. Getting the Exotic Fusion Rifle Bastion should be at the top of your to-do list after you rescue Saint-14. Luckily we have a guide that will help you get Bastion, the newest Exotic weapon. Also, make sure to check out our Destiny 2 archives for even more Season of Dawn content.