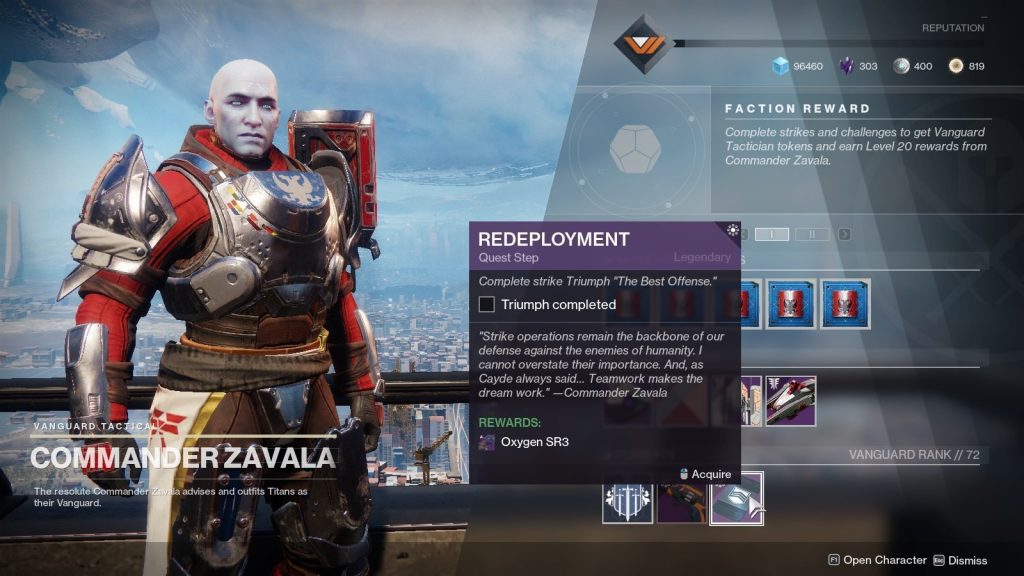 The Vanguard pinnacle weapon quest is called Redeployment and players can start it by visiting Zavala in the Tower. The first step of Redeployment is to complete the Triumph called The Best Offense, which won’t be an easy task to complete. The steps are listed below. 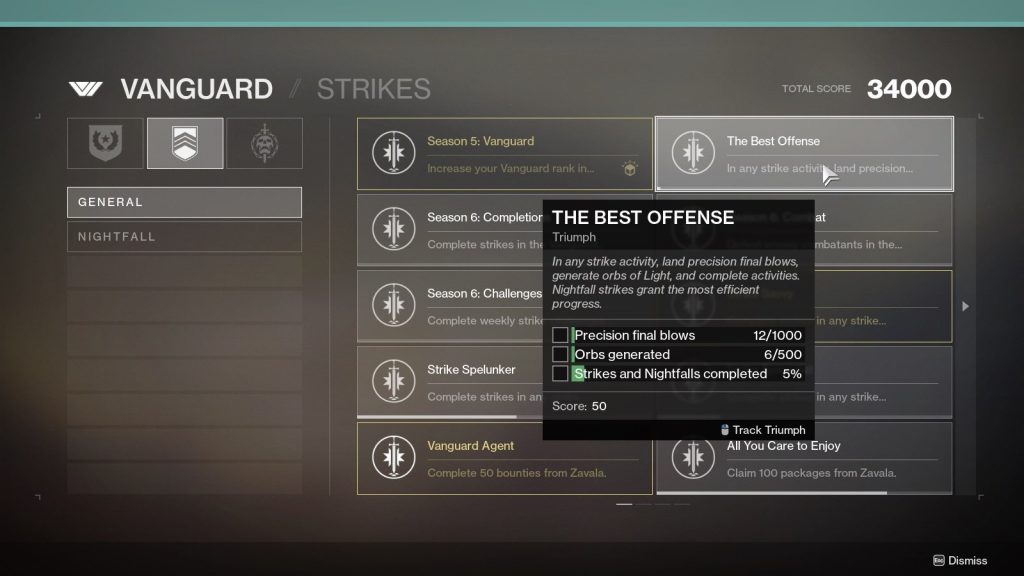 “Precision Final Blows” means that you must kill the enemy with a precision shot. These shots should be fairly simple to achieve by playing through the strike list.

Generating orbs is simple, players need only cast their super and start getting kills. Cast your super on a large group of enemies for maximum orb generation. Alternatively, players can also use a Masterwork weapon to generate Orbs of Light.

After finishing The Best Offense Triumph, go back to the Tower to turn it in. Head over to Zavala to complete this section and he will reward you with the Oxygen SR3. 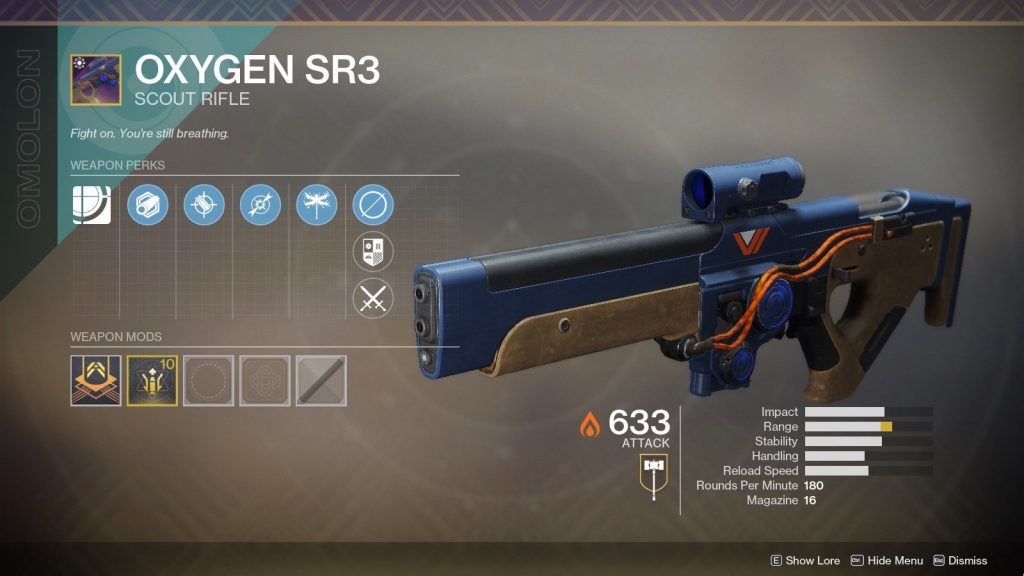 The Oxygen SR3 is a solar precision scout rifle with the following perks:

Dragonfly is a dangerous perk to have and is great on scout rifles. The reason for this is pretty obvious: it’s excellent at clearing large groups of enemies quickly. Furthermore, scout rifles bring a lot of range to your loadout, allowing you to engage in combat from a safe distance. Even though Oxygen SR3 is a clear PVE winner, we could see it break into the Crucible meta thanks to the Meganeura perk.

If you’re looking to get The Relcuse and 21% Delirium pinnacle weapons in Destiny 2, we have you covered.