The Oathkeepers are one of the many Hunter Exotic Gauntlets in Destiny 2. This set of fancy gloves were added with Forsaken, though they have only recently been available for purchase from Xur. Players are no doubt wondering whether the Oathkeepers are worth buying, what they do, and whether they’re actually worth using. 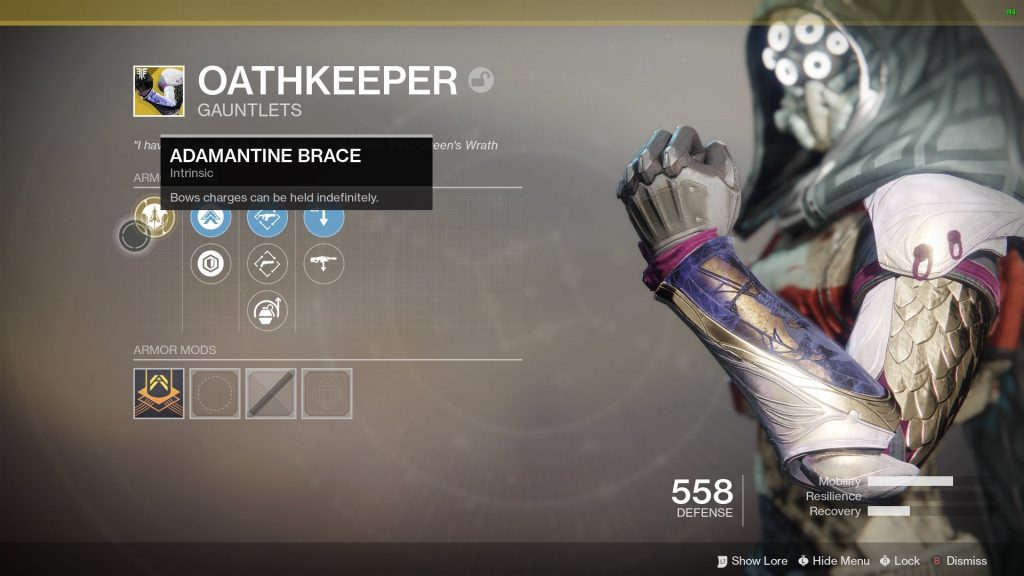 The perk for Oathkeeper, Adamantine Brace, allows you to hold an arrow knocked forever.

Oathkeeper Exotic Gauntlets focus entirely on ensuring a Hunter can use a bow more effectively. If you aren’t one to use a bow, these gauntlets could wind up in the Vault. However, due to how they change the behaviour of bows, you could very well wind up a bow lover.

The perk is rather simple, but its effect can be felt immediately. Instead of drawing an arrow and having it fire after a short delay, players can keep the arrow knocked indefinitely. This means that you can draw an arrow and not worry about it firing before a target is located.

Best Way to Use Oathkeeper 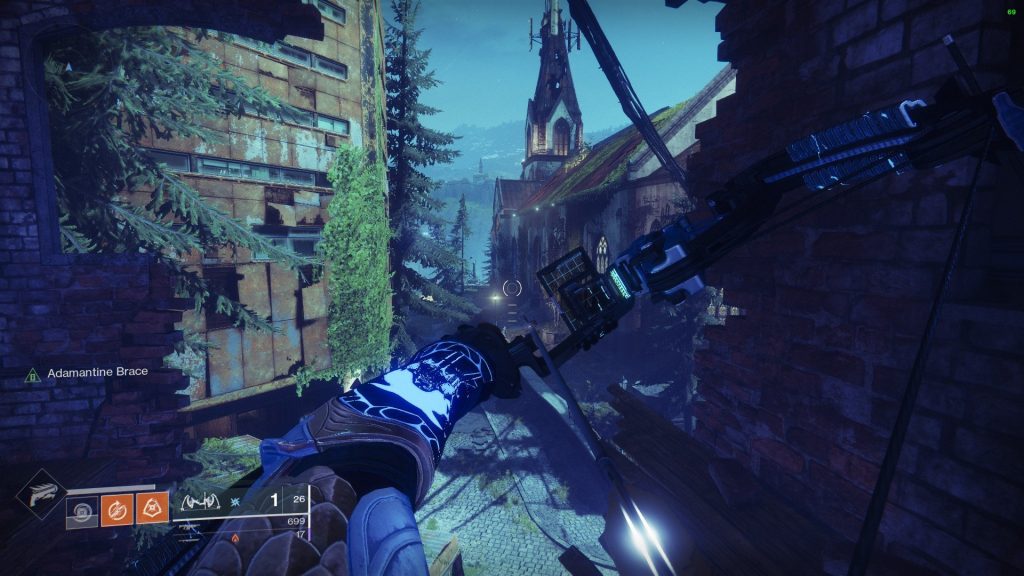 Oathkeeper works well with Wish-Ender and Trinity Ghoul, but not Le Monarque.

Because of how the Oathkeeper gauntlets work in Destiny 2, players should be focusing on using and acquiring Exotic bows. Wish-Ender and Trinity Ghoul are two prime choices. The Wish-Ender grants wall-vision while the Trinity Ghoul offers chain-lightning. By using Oathkeeper, you can take advantage of these two perks for as long as you please.

Some might suggest that Le Monarque works well with Oathkeeper, but this is not the case. Le Monarque’s perk only activates if it is fired immediately after being fully drawn. If you draw an arrow with Le Monarque, and then use Oathkeeper to keep it held indefinitely, the arrows will not poison someone, rendering it just a normal bow.

Oathkeeper isn’t just great for Exotic bows, it also works wonders with a Legendary bow. Some players have found great success with a Legendary bow and Last Word combo. By securing a precision hit with a bow, you can almost guarantee a kill thanks to the Last Word’s ability to mop up damaged players.

In saying all this, the question of whether the Oathkeeper is a good Exotic to use is hard to answer. If you’re a player that loves using bows, then the Oathkeeper is going to greatly improve your play style. Not having to worry about a bow’s auto-release is one less thing you need to think about during Crucible combat.

However, there are undeniably better Exotics you can use. Some of the best Exotics in Destiny 2 focus more on buffing movement and abilities. An Exotic like Oathkeeper is only going to be good if you love bows, and unfortunately, bows in Destiny 2 simply aren’t as good as other weapon archetypes.

Being that the Oathkeeper is an Exotic pair of gauntlets, it might simply be worth purchasing to complete your collection. Due to how the meta in Destiny 2 shifts and changes, bows could become vogue in the future, which would make the Oathkeepers a worthy option. Be sure to check out the DestinyTracker page for the Oathkeeper lore.