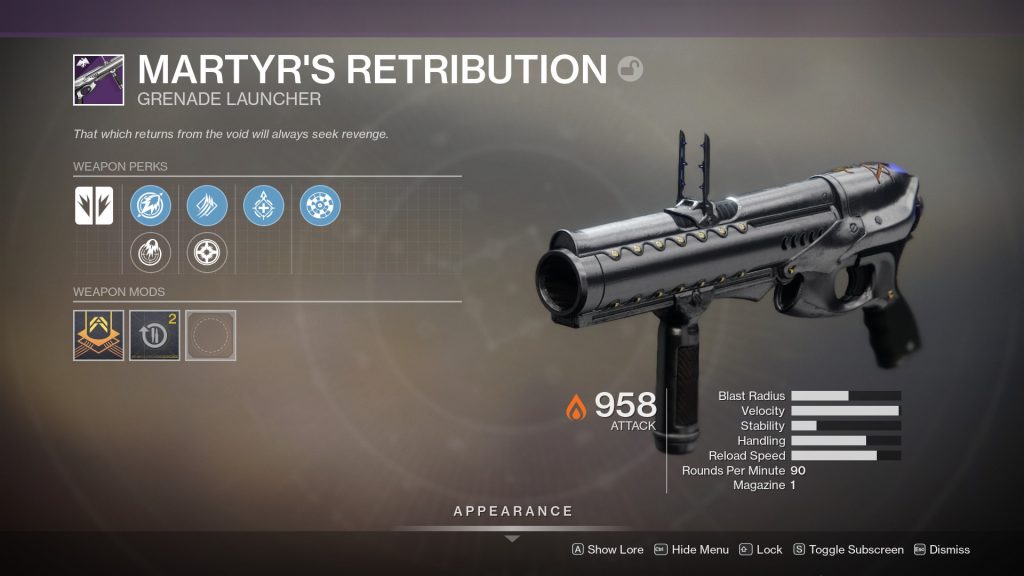 Grenade Launchers in Destiny 2 have always been a hit or miss with me. It is one weapon type I don’t give enough love to and have only used it when members of my Fireteam say it’s required. Grenade Launchers tend to collect dust in my Vault with all the other weapons I don’t want to dismantle.

Having this Grenade Launcher in your arsenal is nice, but certain perks are recommended whether you play PvE or PvP. Here are Martyr’s Retribution god roll perks for PvE:

If you’re more of a PvP player, these perks are recommended:

If you don’t get the right roll on the first try, you can always go back to an obelisk to pick up the quest again. Once you have the perks you want, you may find yourself looking for another god roll. Check out our Steelfeather Repeater god roll and our Destiny 2 archives for even more resources to help you on your journey.